I often enter other people's houses without moving from my own. 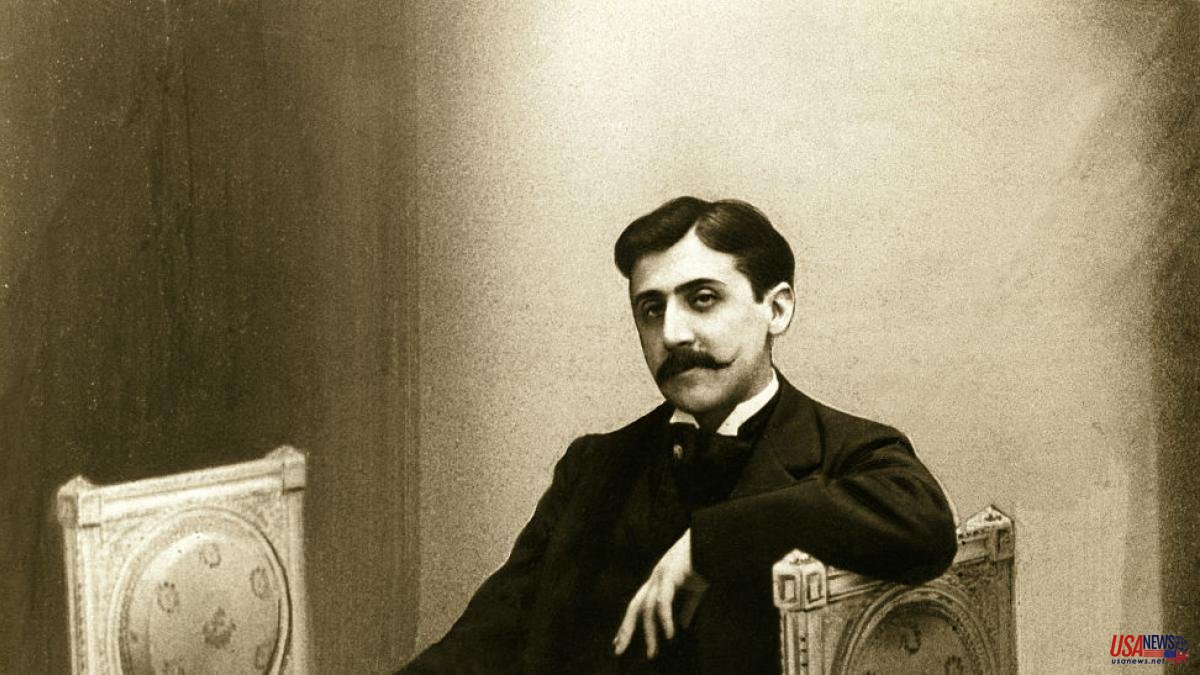 I often enter other people's houses without moving from my own. Some are cathedrals, as Proust used to refer to his novels; others are swimming pools in which Paolo Sorrentino dives between pleasure and decadence, but he also steps on a mat on which the word welcome is read, that of any man, invited by the poetry of Manuel Vilas. It is good in those houses where I live on loan. They allow me to open their curtains, without even knowing where I am, to furnish it in darkness as Marcel Proust so precisely illustrates. I have just received a careful edition of Combray (Nordic), illustrated by Juan Berrio, and, reading it, I am again struck by that great theme that runs through the pages of In Search of Lost Time: the springs of involuntary memory –and the wisdom of the senses–, capable of giving us vivid memories through the perfume of tea or the taste of a cupcake.

I check the Proust brand today, and I only find a few patisseries and perfumes, which shows the colossal impact that the power of evocation through smell and palate has had on our culture. His name has been associated with elegance, exquisite humor and worldly salons, but also with a conception of art as salvation: "authentic life". I recommend Oscar Tusquets Seven Lectures on Proust, and it reminds me of how he responded to one of his detractors, the one who claimed that À la recherche… was the worst novel in history: "What an exaggeration!"

In the houses of these authors there is no need to lie. They delve between the folds of the exquisite and the wild, exploring hidden corners of reality. I quote Proust, Sorrentino and Vilas, but I could also stop at Virginia Woolf, Isabel Coixet and Joy Williams. Beyond gender, they have undulating shapes to draw the outside world in, without distorting. "My heart is a shop window full of trinkets from East and West / My heart is a Russian steppe with automatic weapons," writes Vilas in Una sola vida (Lumen). Artists are not philosophers, although their social assistance function is immeasurable: they help us to live.

Isn't culture the greatest healer of the contemporary wound? Expropriated from the predictable circularity of time –fragmented by pandemics, syndemics and crises–, and certified the fraud of meritocracy, we cling to the table of culture, despite the fact that it only has a role as an extra in the world script. You will constantly hear words like sustainability, diversity, empowerment or digitization; They are the values ​​that are trading on the rise, especially in the marketing market. And, on the other hand, why are culture or creativity hidden from us, if they are one of the few plots not occupied by that social dictation based on the pair possess/appear?

The Frankfurt Fair has demonstrated the vigor of the paper book, which was considered finished. The shelter of literature is real, just like that of the other arts: it accounts for 2.4% of our GDP. However, in political programs and agendas it occupies a merely decorative place. Perhaps that is the profound reason for Feijóo's stumble with Orwell and his 1984, or Sánchez's, who confused Nigeria with Senegal before his own president in Nairobi! According to the RAE, culture is defined as the “set of knowledge that allows someone to develop their critical judgment”. Less smoke and more Proust. Culture is not privilege but social glue.