"The strategy is proving quite effective," they admit in Moncloa. 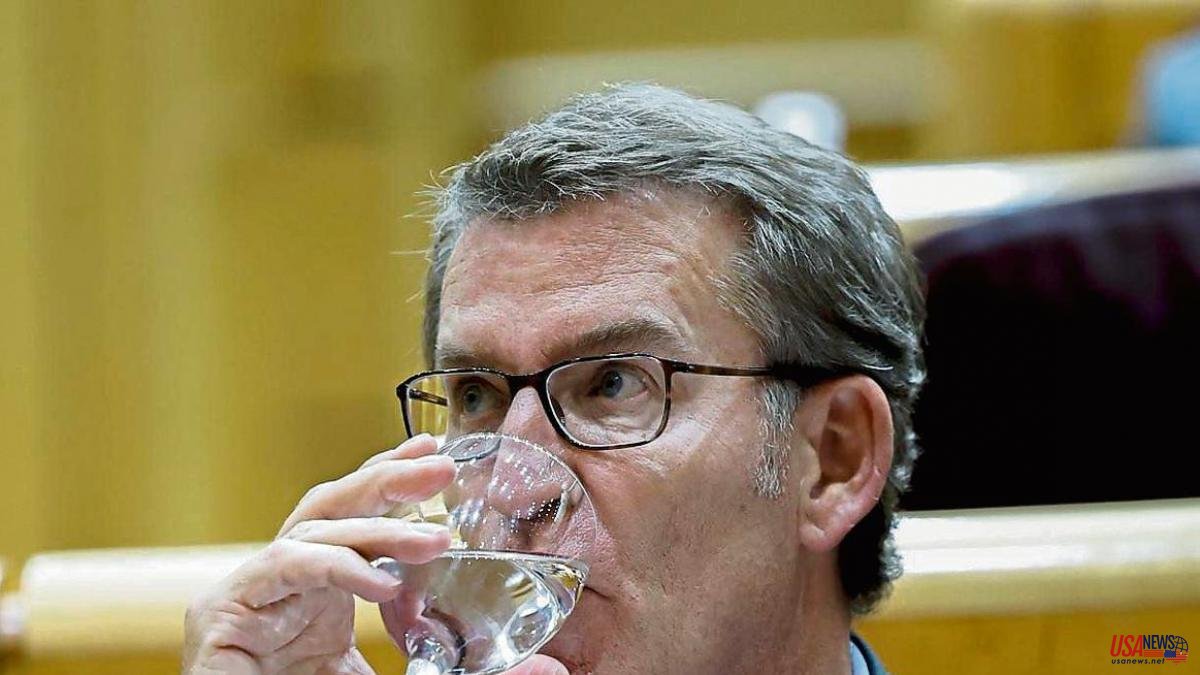 "The strategy is proving quite effective," they admit in Moncloa. Far from correcting the shot, therefore, Pedro Sánchez will persevere in his strategy of direct confrontation with Alberto Núñez Feijóo, to whom he attributes an "insolvency" with which he tries to dismantle the image of a good manager that the current leader of the PP would have coined. throughout his 13 years as president of the Xunta de la Galicia, chaining four consecutive absolute majorities.

The President of the Government, according to his strategists, adds a "very ideological" clash with the leader of the PP. Above all, with the new taxes on the extraordinary profits of the large financial entities and energy corporations, for which they claim to have a "majority" support of the citizens -and that the PSOE is now going to exploit-, compared to a Feijóo al that they draw bending to the interests of the economic powers and of a minority of rich. The fiscal battle unleashed by the abolition of the wealth tax in autonomies governed by the PP, such as Andalusia and Madrid, recharges the batteries of Sánchez's offensive.

In Moncloa they warn that this strategy, which Sánchez already deployed in the debate on the state of the nation in July and underpinned at the beginning of September in his clash with Feijóo in the Senate, is already being reflected in all the polls published since then, “ with a downward trend for the PP and an upward trend for the PSOE”.

"The strategy will continue to be exactly the same", they affirm in Moncloa, given the result, no matter how much the president of Castilla-La Mancha, the socialist Emiliano García-Page, disagrees with the image of "insolvent" that Sánchez attributes to the leader of the PP.

But, at the time, Feijóo found in Page the instrument for his revenge, which as the saying goes, is served on a cold plate. If in August Sánchez launched a campaign to weaken his leadership, pointing to Isabel Díaz Ayuso as the person who really rules the PP and influencing the division of the party, now it is Feijóo who can say the same about Sánchez, with the words of Page .

The president of Castilla-La Mancha not only contradicts Sánchez, in his qualification of "insolvent" that he dedicated to him in the Senate, which Feijóo thanked him for, but also delves into the same criticism that the PP makes of the president, his agreements with ERC and EH Bildu, “the bad companies”. Feijóo, from Burgos, yesterday emphasized that Page is not alone. "There are many people who do not agree with Sánchez's bad company and that independence is decisive," he warned. For Feijóo, Page is "just a spokesman for many socialists who do not agree with Sánchez's drift."

And many, Feijóo believes, do not agree with the president's ups and downs with the energy crisis, and would like him to agree on solutions with the PP, instead of copying measures that he rejected before. The last ones, not to close the As Pontes thermal power plant, or that the PSOE, in Extremadura, approve asking the Government to extend the life of its nuclear power plant. The popular ones are sure that they will end up seeing Sánchez deflate personal income tax.