La Mari de Chambao: "there is heart and truth in what I do... I am not groping"

In Barcelona he ends his XX Anniversary Tour, because for next year he has scheduled the release of a new album. 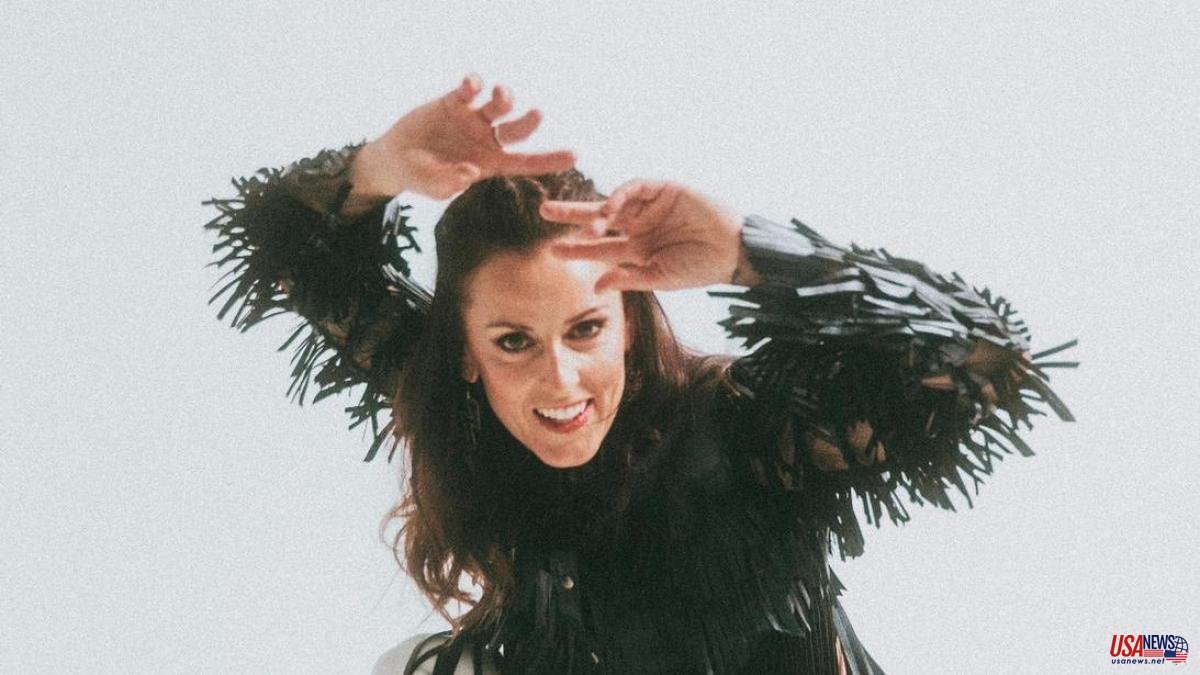 In Barcelona he ends his XX Anniversary Tour, because for next year he has scheduled the release of a new album. Or that is the plan that La Mari has, which today Tuesday lowers the curtain of the aforementioned tour at the Palau de la Música (9 pm), within the framework of the Mil·lenni Festival. La Vanguardia subscribers have a 15% discount on the price of tickets, provided they are purchased at Entradas de Vanguardia.

The singer from Malaga answers artistically for La Mari de Chambao, in reference to the Chambao group, which she co-founded in 2002 and which she led from 2005 until its formal dissolution in 2018, and which in its day was an icon of the so-called popular flamenco-chill. She is now announcing a new album after this successful birthday tour of hers and after overcoming a deep personal crisis.

What awaits fans who go to the Palau de la Música?

You will hear music and good music. There will be a repertoire from the discography of Chambao, La Mari, of the best-known songs, then emblematic songs that touch your heart and of which I have made a potpourri. And within the gratitude of this repertoire for the celebration of the twentieth anniversary there is a tribute to the greats, to the sources from which I have been drinking such as Lole y Manuel, Enrique Morente, Pau Donés, Triana, Antonio Vega, Antonio Flores. We will be seven on stage seven and it will be about two hours of concert.

There is everything, it depends on the area and the type of concert, if it is free or not, if it is in the theater or not, but in almost all of them there were different generations, with an average age like mine, around forty, but also young and old. And I love seeing the grandmother bring her grandson, and that shows me again that music is expression, a way of life, a need that we have. It's like health.

When you look at these twenty years of artistic career, what do you see?

I had a frustration and disappointment seeing how music is treated. The musical decline that exists on the planet frustrates me a bit, I mean, verifying that we only keep a part of it or seeing how fashion rules... Because music is not fashion, it is breathing, it is swallowing saliva. And this I have noticed since I dedicate myself to this.

How would you define your current moment in musical terms?

I am in bloom. Because she had touched the ground and more pa'llá.

What was due to that personal crisis?

Not treating you well, falling into a disagreement with yourself, not valuing yourself, not recognizing you, not really loving you, in short, believing yourself insufficient for everything and everyone. And it has tried to find out what is wrong with you, because before, for example, I wanted everyone to like me, to look good, and in the end you realize that you were imposing this demand on yourself, that nobody was really demanding anything from you . But in the meantime, it has been a very heavy load.

The sea, which has flourished.

No; I am blooming, I am in full bloom; in fact there is a song for the new album called Florecimiento.

How did you achieve it?, above all based on personal effort?

There has been a lot of self-criticism. I call it taking responsibility for yourself, your actions, your words, your thoughts, everything.

Do you feel any nostalgia for those early musical years?

No nostalgia. I think that everything I have experienced has been wonderful, it has led me to develop as a person in a different way than usual. Because I work and that is what allows me to develop as a person. The key is in the importance of the job being something that you are good at, that you are good for it and that it serves to contribute. I'm scarred, all kinds, but I'm not damaged, you know? I'm alive.

At the origin of the crisis that you mentioned earlier, has the legend of Chambao, the flamenco-chill phenomenon of that time, weighed heavily on you?

Chambao was the first thing I did in music, the first time I went on stage. When the four of us started in Chambao, more than a group of friends we were the four components of a music group, and we began to make songs as a way of thanking. And from that meeting he blossomed into a music group and grew with concerts, a contract with Sony and so on. But the truth is that when Chambao started working, none of the four really wanted it. Then they detect cancer, I start with chemo, I stop everything and later I decide to continue, because that gave me enormous strength. And in fact, in 2005 I already started alone because the other three had left the group; As a quartet we only worked from 2002 to 2005, the rest by myself.

Does that scare you, insecurity?

No. At that moment I got into a controversy, because I didn't just want to do electronic music and flamenco and mix them like up to then, because African, Latin American, Anglo-Saxon music began to attract my attention, and I make my stories. But he always spoke in the plural, and there began a tremendous ruckus.

Well, because pluralizing what I was doing by myself begins to bother me, because I thought that I was a usurper within my own band, in which I was born and raised. And it was such an annoyance that I ended up saying it was La Mari de Chambao. What is now, on the other hand, has nothing to do with what I felt back then, because now Chambao and La Mari de Chambao are the same for me. Chambao continues to exist because of my tenacity, my work and my desire to make music. And now I see that when I felt like a usurper back then, what was really happening to me is that I was taking away my merits. It was a matter of self-esteem. So the next album that I make, which I hope will be next year, will be signed by Chambao, just plain.

What is the most fruitful thing you have done in these 20 years?

I am a quite generous artist, I have made many altruistic collaborations, promoting many new artists and that makes me feel very satisfied because not everything has to be a strategy. I have also written a book about my cancer, and next year I will write another but not so focused on it. But above all I think my most remarkable part is the human. I think I know how to listen and that my vitality spreads wherever I am.

Has that experience made you especially tolerant?

Man, I am human, but for me the basic thing is that no one believes themselves to be more than anyone else, we are all equal, we have come to give and receive love and do everything from there... We have to do it because I think that we are becoming more and more dehumanized.

I just finished: how would you define the music you currently make? Flamenco-chill obviously not...

Well, it's music. I'm going to put electronics again on my new record, with which I've made peace, because the good thing about electronics is if you use it as a purpose or if it's just another instrument. And in my time at the beginning of Chambao there was not the electronic ease that there is today. So there's flamenco in what I do, also electronic, even folk, a bit of pop, and rock and roll, especially live. But above all there is a lot of heart, and there is truth about how I am now... and it is that I am not groping.