While enjoying the pool during the months of confinement, Joan Faura, Jordi Martínez and Borja Blasco had the idea of ​​modernizing the sun cream sector. 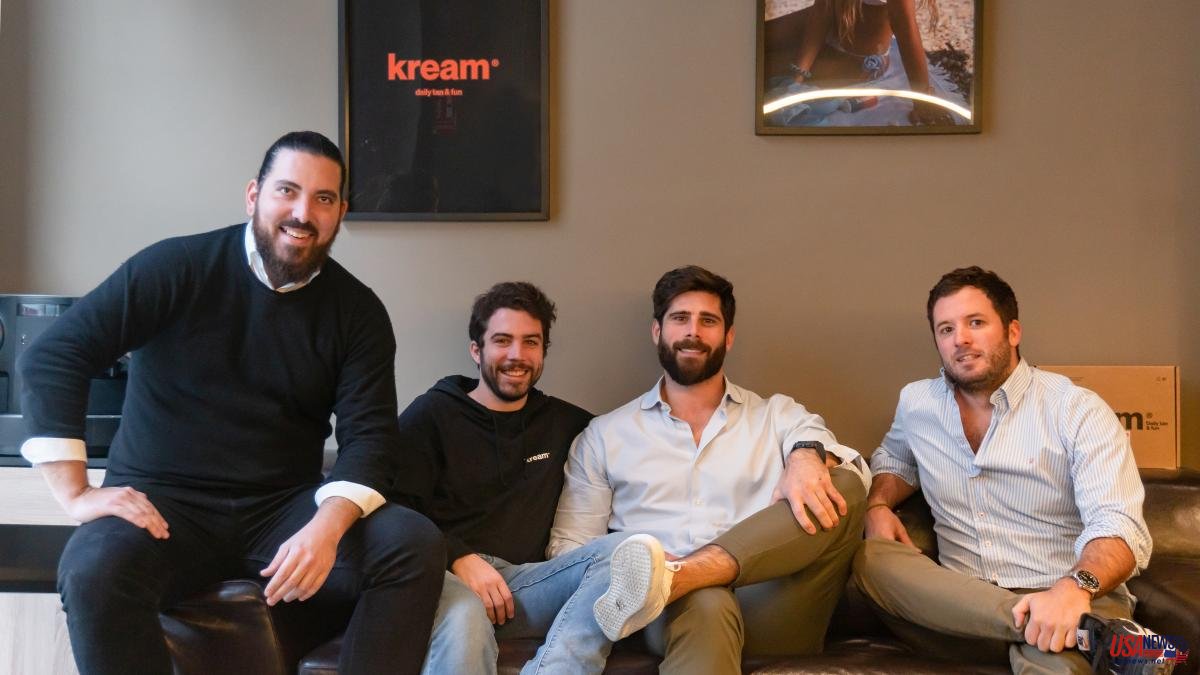 While enjoying the pool during the months of confinement, Joan Faura, Jordi Martínez and Borja Blasco had the idea of ​​modernizing the sun cream sector. Martínez came from a family of businessmen in the world of cosmetic laboratories –Arual, a historic company in the sector in Barcelona, ​​which bills around 2 million, according to data from the Mercantile Registry– so they had the technical knowledge to manufacture the product. They only lacked the brand strategy.

The three friends founded the startup and signed the publicist Àlex Rodés as CEO. Together they launched the Kream brand with very clear objectives: to create a digital brand for young people, which would break with the great traditional standards of the industry. "The marketing strategy in social networks like Instagram has been key to our growth," explain the founders.

The firm, they say, is part of the high-end of the sector and currently has a total of four references. Production is carried out outsourced at the facilities of the Arual laboratories, in the municipality of Sant Esteve de Sesrovires. "We have a close bond of trust with this company since Martínez also works there, continuing the family tradition." This formula also allows them to save the high costs of assuming production internally. "Only large companies can afford to have their own facilities," they say.

The sales strategy is based on distribution through different channels. Online sales, of course, which account for around half of the orders, while the rest is distributed among the sales of the product in some 500 pharmacies in Spain and some hotels in Barcelona and Mallorca.

With this model, Kream billed around 200,000 euros in 2022 and employed 5 people. "This year we expect to reach one million euros and grow abroad through online sales, in countries like Portugal, France, Italy and Germany, where we would also like to replicate the offline sales formula," they indicate.

In order to finance growth, the company has drawn on its own funds and also contributions from friends and family. Initially, it raised 180,000 euros and is now preparing a second round of financing to raise 350,000 euros. In addition, the company will also enter the shareholding of the Wizard company, owned by businessman Vicenç Martí, director of the ElRow parties.