This Tuesday, August 9, Kenyans will go to the polls to elect the successor to the presidency of Uhuru Kenyatta. 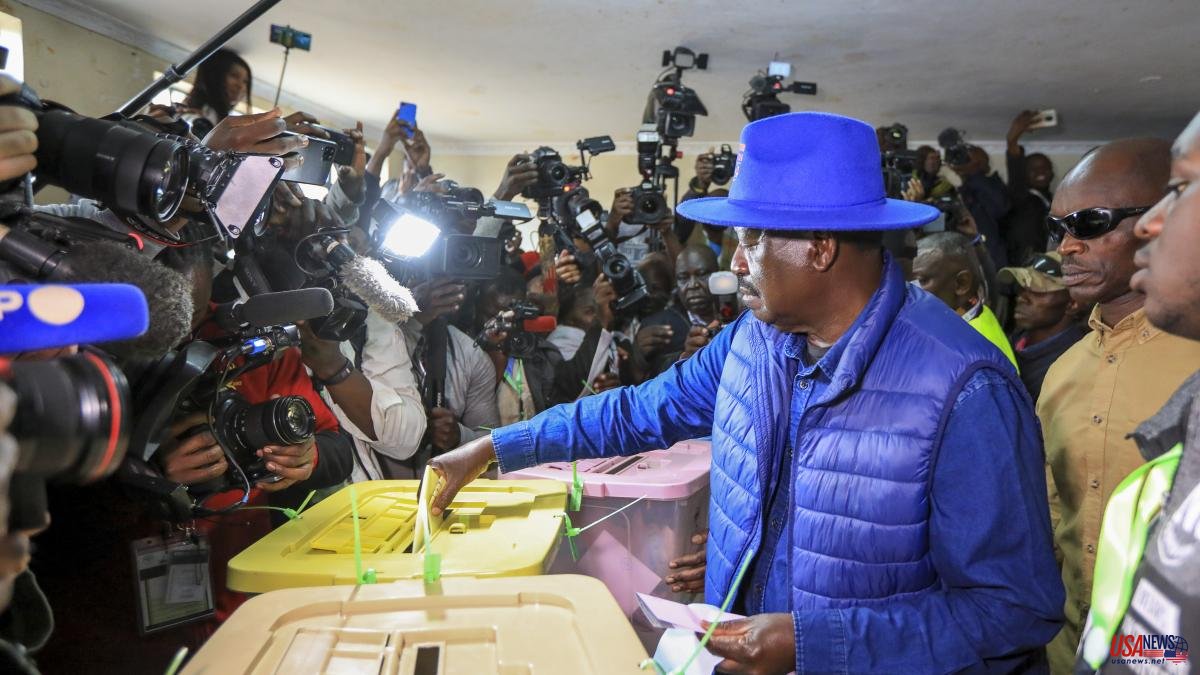 This Tuesday, August 9, Kenyans will go to the polls to elect the successor to the presidency of Uhuru Kenyatta. They do so in a context marked by the cost of living crisis and high unemployment, which plague this East African state recognized as a model of democracy in the region. Kenyatta has encouraged the people to participate and vote in what he hopes will be "free and fair" elections that do not reproduce the violence of previous elections.

Competing for the supreme position, in a highly disputed race, are Raila Odinga (77 years old), former prime minister and leader of the Azimio La Umoja coalition (Aspiration for Unity, in Swahili) and Kenyatta's vice president, William Ruto (55 years old). ), leading Kenya Kwanza (Kenya First). Lawyers George Wajackoyah and David Mwaure are also running, although without realistic chances of victory. The polls favor Odinga, who is running for the fifth time. This, however, does so with the support of an unexpected and surprising ally: that of his long-time political rival, President Uhuru Kenyatta.

A handshake in 2018 symbolized the end of hostilities between the two leaders, each belonging to the Luo and Kikuyu ethnic communities, long feuding and on different political sides. Observers, however, are not sure the alliance can bridge the ethnic divide that has separated them for decades. "A large number of Kikuyus rebelled against the alliance," warns Gabriel Muthuma, a political analyst, to The Guardian. The only way to know if it really served to secure peace will be as a result of the vote.

The merger sidelined Ruto, Kenyatta's former ally and successor. To alleviate the loss of support for the outgoing president, the candidate has won the favor of Rigathi Gachagua, a businessman with significant influence in the Mount Kenya region, key in the presidential race due to its high population density. However, his campaign suffered a blow after the court charged him with 202 million shillings for being linked to corruption. Although the soon-to-be ex-vice president had positioned himself as a politician who had risen from the lower echelons of society and, therefore, could understand the struggles of ordinary Kenyans, he has been accused on several occasions of arson and of fueling with his speech class tensions in a country where inequality is the daily bread.

Odinga, on the other hand, chose as her partner Martha Karua, a former justice minister, long-time politician and, if she wins the election, Kenya's first female vice president.

The challenges that the elected president will face will not be insignificant. The price of basic products has skyrocketed across the country, a consequence of global supply chain disruptions from the pandemic and the war between Russia and Ukraine. Kenyans also face considerable public debt. That is why the economic policies of both leaders will be decisive for their election.

While Ruto has chosen to empower the bottom of the economic pyramid by, among other things, providing a 50 billion shilling (£346 million) "Hustler Fund" to support small businesses, the veteran opponent is proposing a plan health for all, BabaCare, and a grant of 6,000 shillings for each vulnerable household. An amount, however, that Odinga has not explained how he will collect and that causes skepticism among economists.

Should neither win more than 50% of the vote, Kenya would hold a second round presidential election for the first time in its history.

International organizations such as the European Union and the African Union, among others, have sent missions to monitor the country's elections. Likewise, some 150,000 agents have been mobilized to guarantee the security of the vote, according to the Police.