Kazuo Ishiguro: "When you win the Nobel you realize that it is not so special"

He is one of the most prestigious writers in the world. 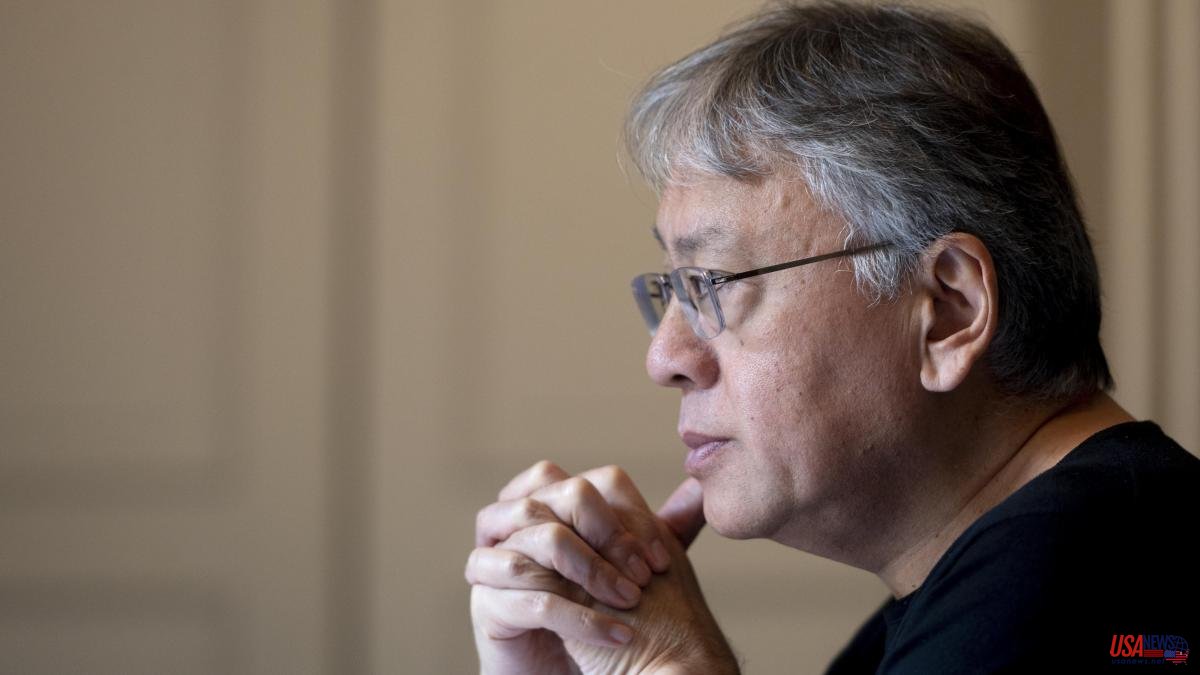 He is one of the most prestigious writers in the world. Titles such as The Remains of the Day or Never Leave Me and the 2017 Nobel Prize for Literature endorse the career of Kazuo Ishiguro, who is also a film scriptwriter and musical lyricist. He is also a modest man, perhaps because he knows that it is the little things that give meaning to life. He discovered it in his youth thanks to a movie.

"When I was a student they programmed Vivir (Akira Kurosawa, 1952) in the art and essay rooms. It had an impact on my life, because the message was very different from that of Hollywood movies. Watching Vivir I understood that even if you are an unimportant person you can contribute to the improvement of humanity. Nobody is going to applaud those minor merits, they are not going to recognize them because most of the time they are a solitary experience, but that does not stop them from being important", explains the writer on his way through San Sebastian in an interview with La Vanguardia.

Ishiguro made this philosophy his own because "at that time I was convinced that I would have a small life like almost everyone else, I never imagined that I would become a writer or that I would participate in a festival like this one in San Sebastian, so it always seemed to me that the right thing to do was just be the best person you could be.

And it is precisely thanks to Vivir and Kurosawa that Ishiguro has been able to come to this Donostia film festival. The writer insisted on revising the classic to make it known to new generations. He contacted a film producer friend, Stephen Woolley, and introduced him to the project. "Wolley proposed that I write the script and I accepted, but on the condition that if it didn't work I would leave it because I'm not an expert," says Ishiguro with a modesty that is not false, but it is modesty because he had already written some scripts for James Ivory and the BBC.

He did not have to leave it, because the script came out perfect and the result is Living, directed by the South African Olivier Hermanus, who fell in love at the Toronto and Venice festivals and has now arrived in San Sebastian. Living, set in 1950s London, tells the story of Mr. Williams, who wanted to be a civil servant since he was born. His life has passed between files and bureaucracy and, now, he has been diagnosed with a terminal illness. Mr. Williams has a few months to live and he thinks of spending them on a spree, but he sees that this does not make him happy. Thanks to the joy and optimism that a coworker emanates, she understands that the meaning of life lies in helping others in the simplest way.

But the charm of Living does not lie only in its script. Ishiguro was very clear that Bill Nighy had to be Mr. Williams and, although the actor is known for his comic register, he embroiders it in the role of this man who learns to live at the door of death. In addition, the writer was determined to transfer the action to London in the mid-20th century and to give the film the look of the films of that time, because "it is a period in which British cinema was excellent and it did not give up tribute as it deserves".

Having finished the film that continues to receive applause wherever it goes, Ishiguro has done nothing but reaffirm the thesis he learned from Kurosawa: "It's wonderful to win the Nobel Prize and I feel very honored, but when you have it you realize that it is not so special, because it does not talk about fundamental issues such as discovering if life is worthwhile or if what you do makes sense and what matters in the end is not success but, simply, if you have had a good life", concludes