Justin Trudeau wants to freeze the sale of firearms in Canada

The recent massacre at the Uvalde elementary school in Texas has resonated in Canada, where gun violence is lower than its neighbor, but its prime minister, Justin Trudeau, has made it his mission to take action, while the Democrats of the United States they hit the Republican wall when it comes to advancing any gun regulation. 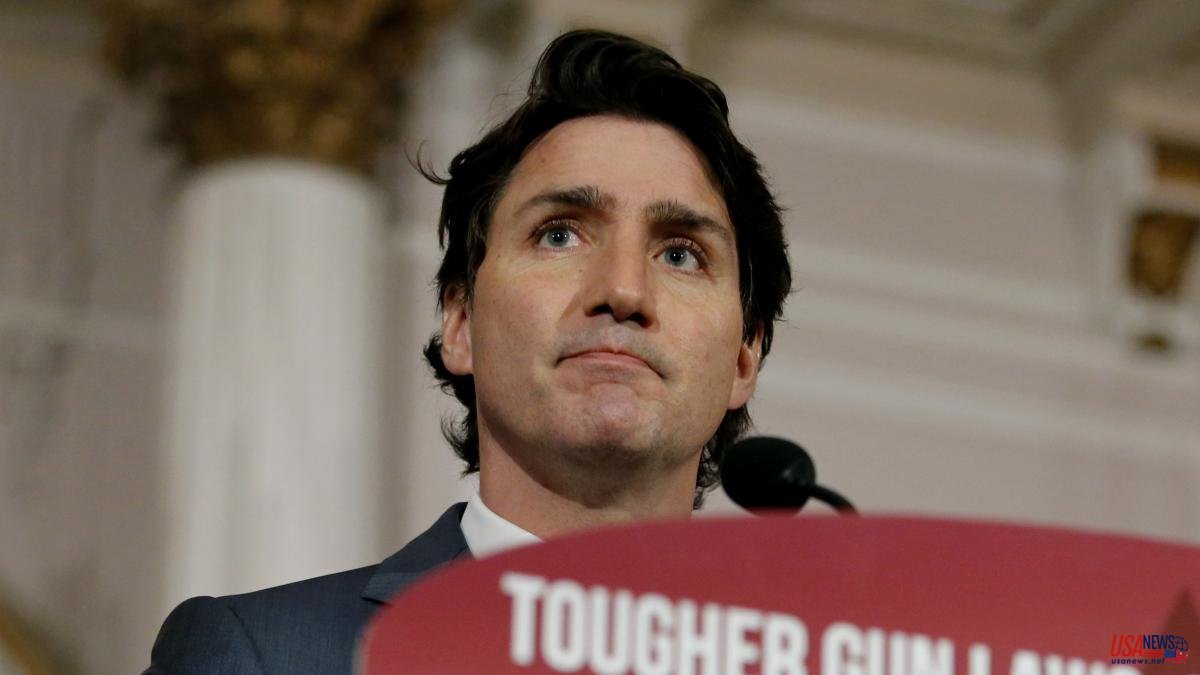 The recent massacre at the Uvalde elementary school in Texas has resonated in Canada, where gun violence is lower than its neighbor, but its prime minister, Justin Trudeau, has made it his mission to take action, while the Democrats of the United States they hit the Republican wall when it comes to advancing any gun regulation.

Trudeau introduced a bill on Monday to freeze the purchase and sale of new firearms in the country, following last week's shooting at a Texas school that left 19 children and two teachers dead. "In other words, we are limiting the firearms market," the prime minister announced during an event to present the measure with members of his government. If Parliament approves the bill, the purchase, sale and import of weapons throughout Canada will be prohibited.

In addition, weapons licenses will be withdrawn from those who commit sexist violence or harassment, and criminal sanctions against arms trafficking will be increased, which will go from maximum sentences of 10 to 14 years in prison. It will also prohibit long gun magazines from carrying more than five bullets.

Although the measure does not imply a total ban on the possession of weapons in Canada, it does seek to significantly limit the presence of weapons in the country by freezing their purchase.

Two years ago, the Trudeau government banned nearly 1,500 models of assault weapons, including the AR-15, a rifle used by Salvador Ramos, the attacker at the Uvalde school in Texas. This ban was prompted by the worst shooting in the country's history in April 2020, which left 23 dead in Nova Scotia.

Canadian authorities announced Monday that the government will buy the assault weapons that remain in private hands. According to data from the Government of Canada, in 2020 there were 1.1 million firearms in the country, an increase of 71% compared to 2010.

According to official statistics, firearms are involved in only 3% of violent crimes in Canada.

But the Minister of Public Security, Marco Mendicino, estimates that there are around a million handguns in circulation, many of them illegally imported from the United States. "Gun violence is a complex issue," Trudeau acknowledged. "But at the end of the day, the math is pretty simple: The fewer guns in our communities, the safer everyone is."

The massacre last Tuesday in Uvalde is the deadliest shooting in a school in the United States since Sandy Hook in 2012. The massacre has reopened the eternal debate on weapons in the United States, where Democrats are betting on approving background checks to gun buyers, something opposed by Republicans, who believe mass shootings should be addressed as a mental health issue. Following the shooting, Trudeau declared that he was "heartbroken" and announced that he would introduce measures to limit guns in Canada.

Trudeau's proposal was criticized by the conservative opposition. "The real problem in this country is not law-abiding gun owners, who are strictly regulated and controlled," John Brassard, Leader of the Opposition in the House of Commons, told Canada Radio. "The real problem in this country is the gangs and criminals who import weapons, mainly from the United States, and use illegal weapons on our streets," he added. "Today's announcement does not address the root cause of gun violence in our cities: illegal firearms smuggled into Canada by criminal gangs," tweeted Conservative MP Raquel Dancho.