Juan Marín, the eternal optimist determined to be the key to the government

On his shoulders falls the full weight of Ciudadanos, a party that seems to be giving its last throes of life. 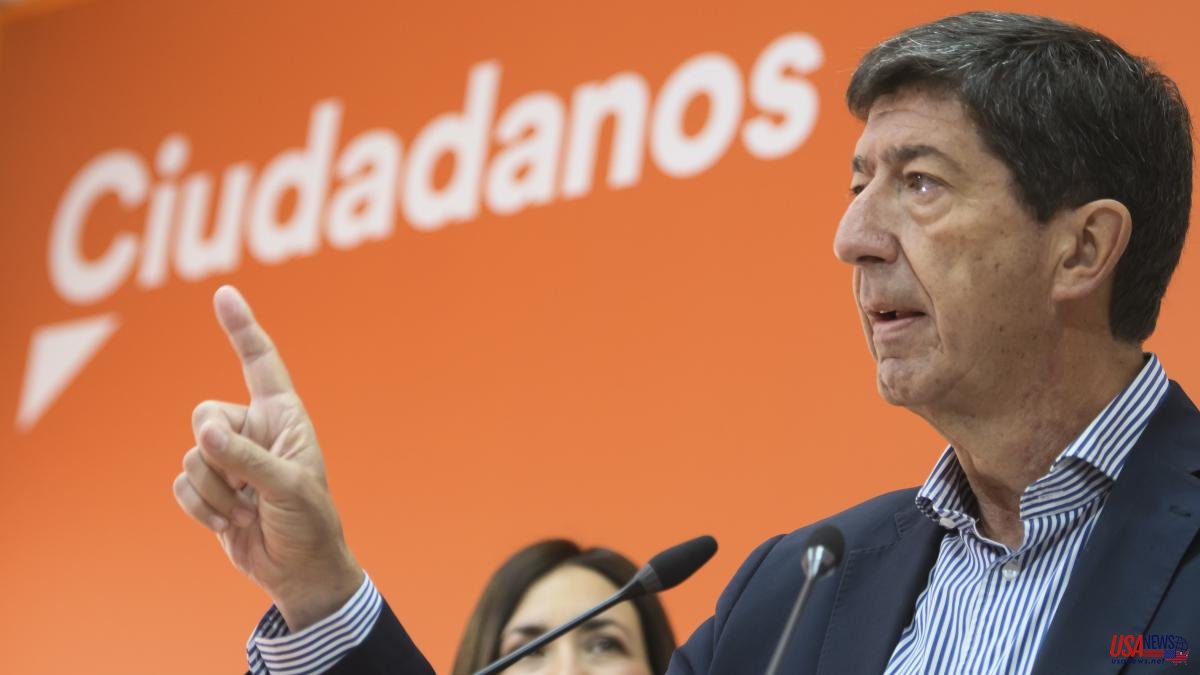 On his shoulders falls the full weight of Ciudadanos, a party that seems to be giving its last throes of life. Juan Marín, the orange candidate for the presidency of the Junta de Andalucía, defiantly looks at the polls that predict his end or, in the best of cases, predict a reduction to the minimum expression of his training in the Parlament.

But the man from Cádiz puts a good face on bad weather. He is optimistic, he assures, and sees it feasible that after 19-J his party will once again be key to forming a government in Andalusia. It seems that his motto is that 'there are not two without three', and in these new elections he is determined to be the key that opens the door of San Telmo, again, to his partner and friend Juanma Moreno (PP), as It already happened in 2018, and also in 2015, when it allowed the socialist Susana Díaz to continue as head of the Executive.

Marín has been a cornerstone in this last legislature, becoming the third leg of the right-wing bank and holding not only one of the largest departments in the regional administration (Tourism, Regeneration, Justice and Local Administration), but also the vice presidency. A man of his word, he has maintained the pact with the popular until the last consequences, scared of his companions through him, both in Andalusian territory and nationally. His goal now is to revive the PP-Cs coalition.

But in this last year things have not been easy for the stronghold of Cs in the community. He who was the promoter of the Citizens Movement in the region in 2011 has had to face numerous attacks from insiders and outsiders. Vox has played at wearing down its initials while the PP separated them, in collusion with those of Abascal, from other regional governments.

But the worst was yet to come. The same person who in 2015 proposed him to run for the party's primaries and, with it, go on to head the list for the presidency, Fran Hervías (then secretary of Organization before becoming a military man in the PP), stabbed him that left him on the brink of the abyss shortly before the elections were called. Hervías, according to Marín, leaked an audio to the press in November last year where the Andalusian leader of Cs could be heard affirming that approving the accounts that year was something "stupid" dynamiting Moreno's strategy regarding the accounts. A great cloud of dust arose around the matter from which, against all odds, he ended up recovering.

He is skilled in dodging political elbows, not in vain he has almost 40 years of career to his credit since 1983 when he entered the military in Alianza Popular. Already in 2006 he co-founded Ciudadanos Independientes de Sanlúcar, with which the following year he managed to become deputy mayor of the Cadiz town where he was born. He now plays his most critical game: ensuring that the acronyms of his game are not diluted in the Guadalquivir.

Whoever got on Albert Rivera's boat to "teach the Andalusians how to fish" is now facing a storm in the open sea and tries, by all means, not to lose control of the rudder (and ensure, at least the 3 deputies granted by the CIS). It will not be until 19-J when, after the vote count, it will be known if he has managed to keep his fishing boat afloat with the flag of moderation or if, finally, it shipwrecks and sinks to the bottom of the sea.