Juan Luis Guerra: "My songs continue to brighten the soul"

The Cruïlla Festival today raises the curtain on its new edition, which means that for four days it will fill the Parc del Fòrum with varied styles. 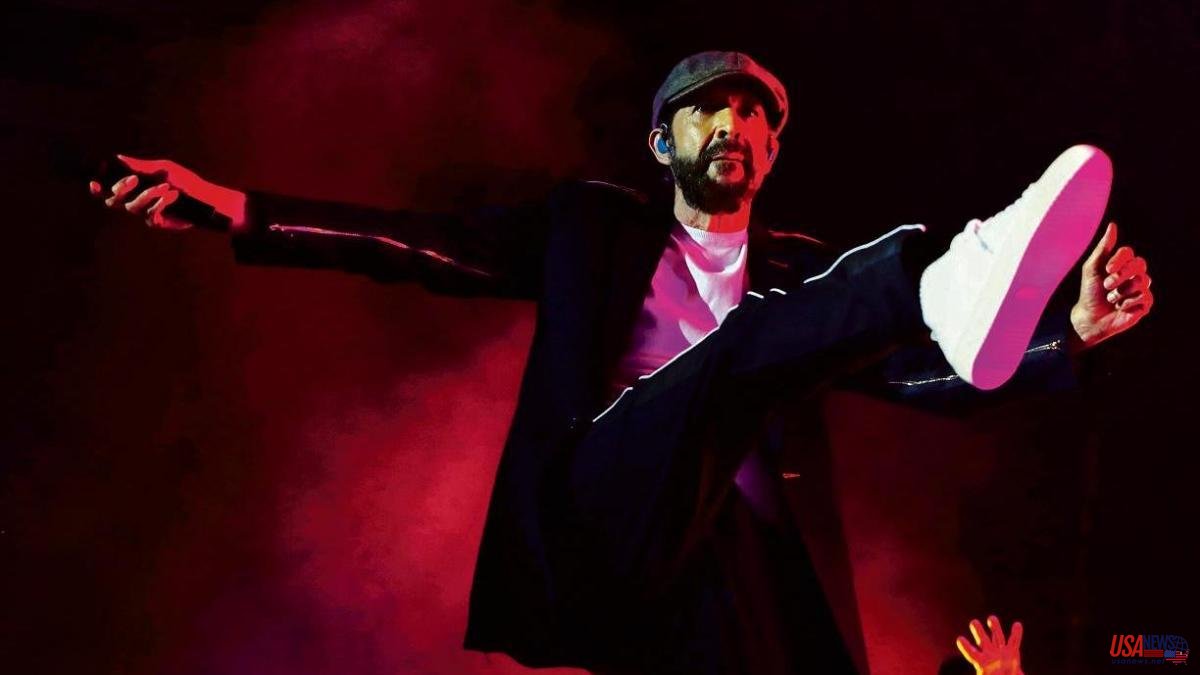 The Cruïlla Festival today raises the curtain on its new edition, which means that for four days it will fill the Parc del Fòrum with varied styles. A festival that, as the fan will remember, last year was one of the three that launched to organize massive concerts, without social distance, after carrying out antigen tests and subsequent follow-up of positive cases. On this occasion it has returned to normal, which in the case of this festival – which as a result of the pandemic launched a parallel program under the heading Cruïlla XXS and which it continues to maintain – means offering a program of varied stylistic color, with numerous local and national presence, and whose counterweight is offered by a selected offer of international names.

After all, the public that attends the Barcelona festival has always had a very prominent local percentage. And as is also usual in the cycle directed –and founded in 2005– by Jordi Herreruela, the Latin scene is very present, starting with two legends like the Dominican Juan Luis Guerra and the Panamanian Rubén Blades. The programming of both in the Spanish and European tour circuit is not something exceptional, although it will be the fact that on this occasion the author of I hope it rains coffee and the author of Pedro Navaja share the stage, taking into account that both act consecutively on Saturday on the Estrella Damm stage, at 8:00 p.m. and 10:45 p.m.

The Dominican star is already touring Spain with his new tour Between the sea and palm trees, backed by his also legendary band 4.40. The very Christian author of eternal hits, as is also the case with La bilirubina, reflects on the lessons derived from the pandemic and the role of music, now and always.

Did you want to go back to live and international tours after the pandemic? How has it affected you personally, musically and creatively?

Of course, there is always a special relationship with the public that can only be achieved in live concerts. Personally, during the pandemic, in addition to understanding how fragile human beings can be when they trust in their own strength and not in the love of God, I stayed close to my family, composing and playing, and also taking care of my dogs. .

Of course. We will not improve if we do not allow the love of Jesus to rule. And that only happens when we accept God as the savior of our lives.

One of the aspects that has stood out about his performance in Barcelona is that it will be the first time that he shares the stage with his colleague Rubén Blades at a European level. What exactly do you intend to do?

What do you want me to tell you, sharing the stage with Rubén is always a privilege for me. I consider him an exceptional musician. Among other things because his ability to work is wonderful. He is always reinventing himself and seeking excellence. His most recent work with the Boca Livre vocal group is an example of this. He has been one of my biggest influences and one of the reasons why I felt motivated to work with the salsa genre. I can only say one thing: my constant admiration and friendship for him!

The repertoire of his concert in Barcelona will be based on songs from his last two albums, Between sea and palm trees and Privé, and any other classic?

The repertoire is based on our most popular and danceable classic themes. We will also have songs from the Literal album where I looked for innovation, new sounds in bachata and merengue.

He does this tour again with his inseparable 4.40. What is the secret of her harmony with them? How would you define an already legendary band?

We are one big family! I think that the brotherhood that we have between us is transferred and reflected on stage. And I assure you that it is an honor for me to have my musicians and I consider them the best band I have ever had; it is a great blessing!

In a time like the current one with such a huge boom in so-called urban Latin rhythms, how do you see this phenomenon?

The current propagation of reggaeton is unquestionable, but I also think and am convinced, because I see it, that the other Latin rhythms have space and good health. In each musical genre there are good exponents and a sample of quality in current urban genres is the work of Residente.

Can this phenomenon serve, does it serve, so that people and fans discover the richness of Latin music?

Yes. We have a folklore rich in rhythms and harmonies that should be made known.

In this sense, have you ever felt like a pioneer in making music internationally known beyond its geographical environment?

I think we had the privilege of opening the doors to merengue and bachata in Spain specifically, and from there it spread to other European countries.

Looking at it from the perspective of time, where do you think lies the secret of a success like I hope it rains coffee beyond times, spaces and fashions?

It is a song of hope and people need to hear good news. The melody and the children's choir in its original version caught a lot of attention, as well as the cadence of the rhythm that invites you to dance.

But in the same way that music has to cheer up and be positive, does it also have to denounce now more than ever?

I have songs of social denunciation like Visa for a dream or the Cost of life among others, but most of them make the soul happy. I've changed my way of saying things a bit, but I still say them.

When you go on stage, what is your top priority?