Juan Cruz Ruiz: "I don't know why they hit me in the head"

Many myths circulate –even some well-meaning ones– about Juan Cruz Ruiz (Puerto de la Cruz, 1948). 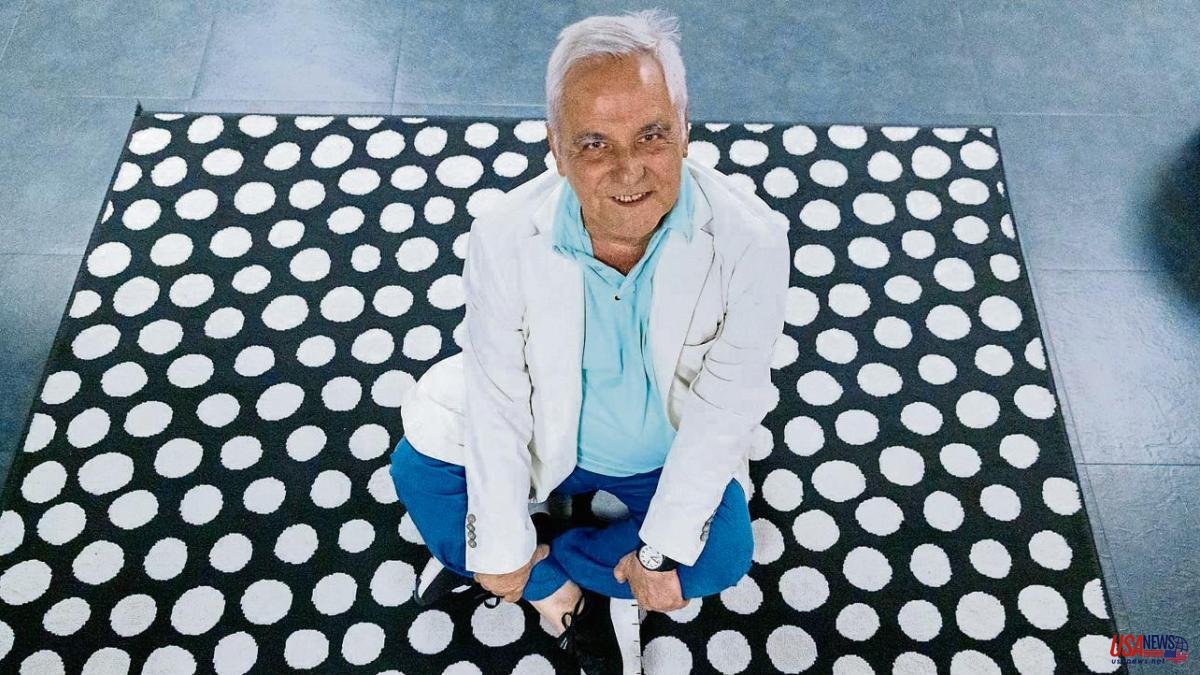 Many myths circulate –even some well-meaning ones– about Juan Cruz Ruiz (Puerto de la Cruz, 1948). It is said that he has a double because he has been seen –and photographed– at events that were held at the same time. Hyperactive, he is the author of more than 40 books that he has incredibly combined with full dedication to journalism, from the local Canarian press from its beginnings to his current position as deputy to the president of Prensa Ibérica, going through more than 40 years in El País, that he founded and in which he was Juan Luis Cebrián's trusted man. Sometimes he is remembered as the all-powerful editor who built the impressive Alfaguara catalog in the 90s. Other times, as an influential journalist whom no writer dares to ignore. We owe him essential works that include, for example, the autobiographical testimonies of publishers such as Jaime Salinas or Beatriz de Moura, the literary anecdotes of Egos revueltas... Author of essays, collections of poems, novels... actually, Juan Cruz Ruiz (" I put the second surname in the books because they wouldn't let me in the newspaper... and my mother is the one who taught me to read”) is Juanillo, a poor boy who, in the long post-war period, when it was not yet called bullying, the companions insulted and gave beatings. Also a boy who, at the age of 13, made his debut as a newspaper writer with the chronicle of a football match. That is why One thousand two hundred steps (Alfaguara), where he novels the memories of childhood and adolescence –among them, the discovery of evil–, is his most authentic book of his.

"It is true that a boy hit me in that way that appears in the book," he admits, at the Madrid headquarters of his publishing house. He thought he was my friend but all of a sudden he started banging my head against a wall many times. I've always wondered what was going through his mind, what was that gene for violence." The blows, the insults... Removing that "was very painful, that man is me and the real facts are the glue of the novel but others are fictitious". Perhaps the aggressor is recognized? “I don't even know if he lives, but this book is not revenge. I try to recount an era, not to accuse anyone. The world is very ruthless... and a dictatorship, much more so”.

“My father, despite the fact that he had dynamite – he continues –, he never used it to tear down the monument to Franco in Tenerife, as in the book. But another person did ask him for dynamite to carry out an attack.”

In the novel, a man very similar to Juan Cruz returns to his place of origin and, from a point where he observes the key spaces of his life (his house, 1,200 steps away, but also the school, the places where he played and where suffered), he recalls his past.

Childhood, seen as cruel territory, is “a perspective from maturity, which is what discovers the evil that existed in the past. As children, we did not know that this was evil, it was normal. Today the murders of women continue, the ridicule of the emigrants... We, the poor Spaniards, were like the emigrants of today, we were not welcome in the places we arrived, we suffered from the hatred of those who were different. It was a world where medical consultations lasted a minute and scholarships were obtained from humiliations, like a Salesian priest, on the stage, telling me in front of the whole class: 'You are a poor boy and you are here for that reason , you should study more, that if we don't kick you out'. We knew very few flavors, we had not tried the ice cream or the steak”.

Given the atmosphere and the suffocating details described, it could be believed that the civil war was just over, but it is the end of the 50s and the beginning of the 60s. “The Spanish postwar period lasted much longer than history and the newspapers say . Not even with the transition, look at the Guerrillas of Christ the King or ETA, the war was not over and it always came back. The very long post-war period was a small war that made us worse off. Very little has been said about what the adolescents suffered, from their point of view. But to forget that is to legitimize the barbarities of today: the bullying, the beatings that homosexuals continue to receive.”

Juanillo, who walks down the street while reading the books that the neighbors give him, was implausibly a quiet child. “He only spoke with my mother, in class he did not open his mouth because he was afraid of being mocked, he was the one who knew the least because he only went from time to time. I learned to read very late, at the age of 9, but at 13 I was already writing about football in a local newspaper, Aire Libre. I became a local phenomenon for it, and one of those who insulted me read that first article out loud and they stopped calling me derogatory names ever since.”

There is a hidden teacher, in the novel, "a transcript of those who were deported to the Canary Islands, during the dictatorship, while communists, socialists and Christian Democrats met in Munich", with some traits of his admired Domingo Pérez Minik, "the person who marked my life as a reader.

Juanillo saw many movies because "he took the children of the owner of the place where he worked to the movies, he was like the family servant, but he had to watch the movies from behind."

One of the spaces described is the foguetería, “a dangerous place, there we worked with gunpowder and wheels of fire. A friend of ours died handling the fires. I've been afraid of fire and the boom all my life. We got into many dangers, but I thought I was indestructible, I saw everything in my favor, I sent the illusion to live”.