If Ortega (the philosopher, not the bullfighter) is that "in Spain the bullrings reflect the social state" what happened this afternoon in the Coso de la Alameda de Jaén is an example, an obvious example. 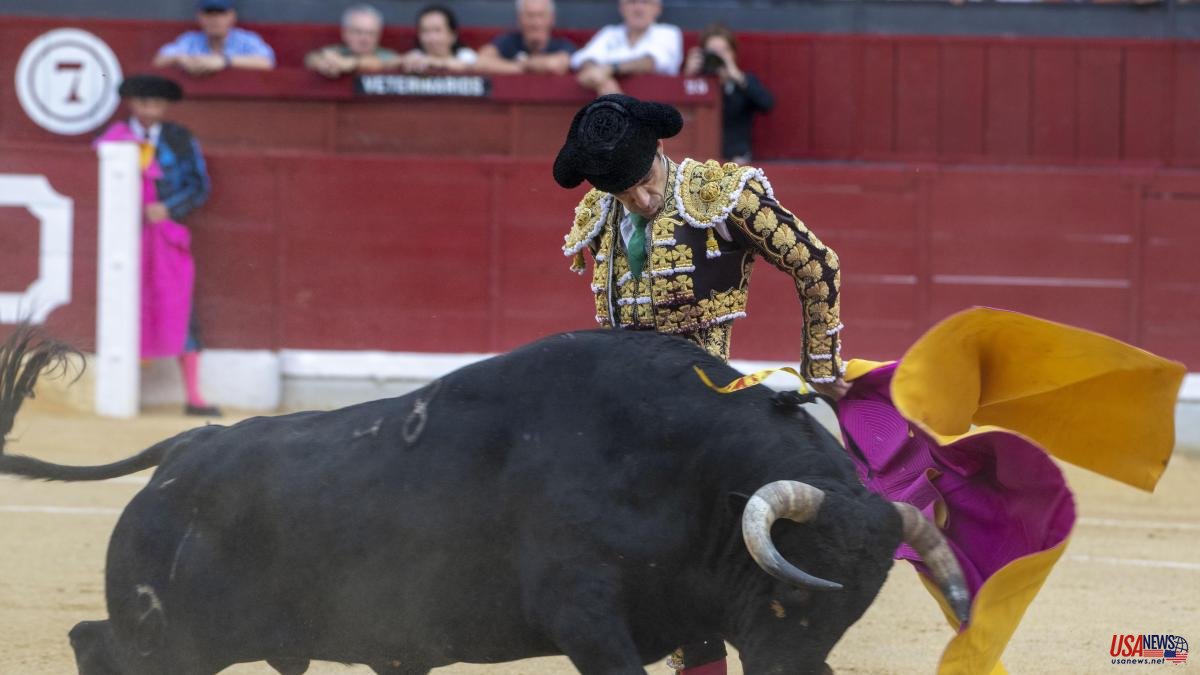 If Ortega (the philosopher, not the bullfighter) is that "in Spain the bullrings reflect the social state" what happened this afternoon in the Coso de la Alameda de Jaén is an example, an obvious example.

Jaén was filled, its bullring was packed to the roof under a Saharan heat (45 degrees in all thermometers) and when José Tomás was present the ovation was resounding, as the occasion deserved.

But it was the first bull coming out, from Victoriano del Río, which the teacher received with exquisite verónicas feet together, when a certain environmental coldness began to be perceived, despite the suffocation, which remained and increased, protests included, in the three following bulls (by Álvaro Núñez, another by Victoriano and the last by Juan Pedro).

The presentation of the bulls was questioned, loudly, and both in that first one, of attacks without transmission with which José Tomás got muletazos of good line and killed badly, as in the second, unruly bull and work as firm as it was not very lucid , the thing did not finish starting as presumed.

The arena was watered and it took a while until the third came out. But from the lines the reproaches continued7 while the extemporaneous cheers increased, which are a plague in all squares (to Spain, to the King, to the Civil Guard...) and that turn bullfights into a pointless and insufferable rally.

José Tomás once again showed off with the capote, both in the verónicas of the greeting and in the very tight gaoneras of the remove. He did not take off his hat for the crutch task, built little by little and conducting with a firm hand and full stillness the short-distance attacks until he ended up between the pitons and, this time, culminated in a sword blow. Handkerchiefs surfaced, the ear fell (which, when the bailiff handed it to him, he left on the sand) and the discontented went about their business.

In the fourth and last (there were those who, at the end, asked for the hat, what things) both with the cape, soft, firm and varied, and with the José Tomás crutch, always the right gesture, with no other boast than that of passing the attacks with total adjustment, curdle series for the two pythons that when they went for the left brushed the excellence. That's why when he hit with the rapier the ear (to the chagrin of the stubborn) fell due to his weight, but he didn't walk it around the ring either. In this bull, by the way, there were those who, invaded by that patriotic fervor that devastates the arenas of Iberia, loudly demanded that the banderillas carry the colors of the Spanish flag and not those of the Nexicana that they wore in the four bulls. Ignorant that it was so in solidarity with the forbidden Party in the Monumental Plaza Mexico.

José Tomás left the square with a firm step, receiving the ovation of the majority but one would say that calibrating many of the things that happened in the 2 hours of a bullfight that, for one reason or another, did not go as -almost- everyone expected , we expected.

The season goes on, the big fairs in it and Alicante- everything sold, everything busy- awaits Jose Tomás at the beginning of August. What happened in Jaén is over but it will surely feed the debate about a bullfighter out of time, outside the established.