José Montilla: "People were deceived, you just have to review the newspaper library"

Throughout this week La Vanguardia will publish a series of interviews with the former presidents of the Generalitat to address what happened on 1-O from their perspective. 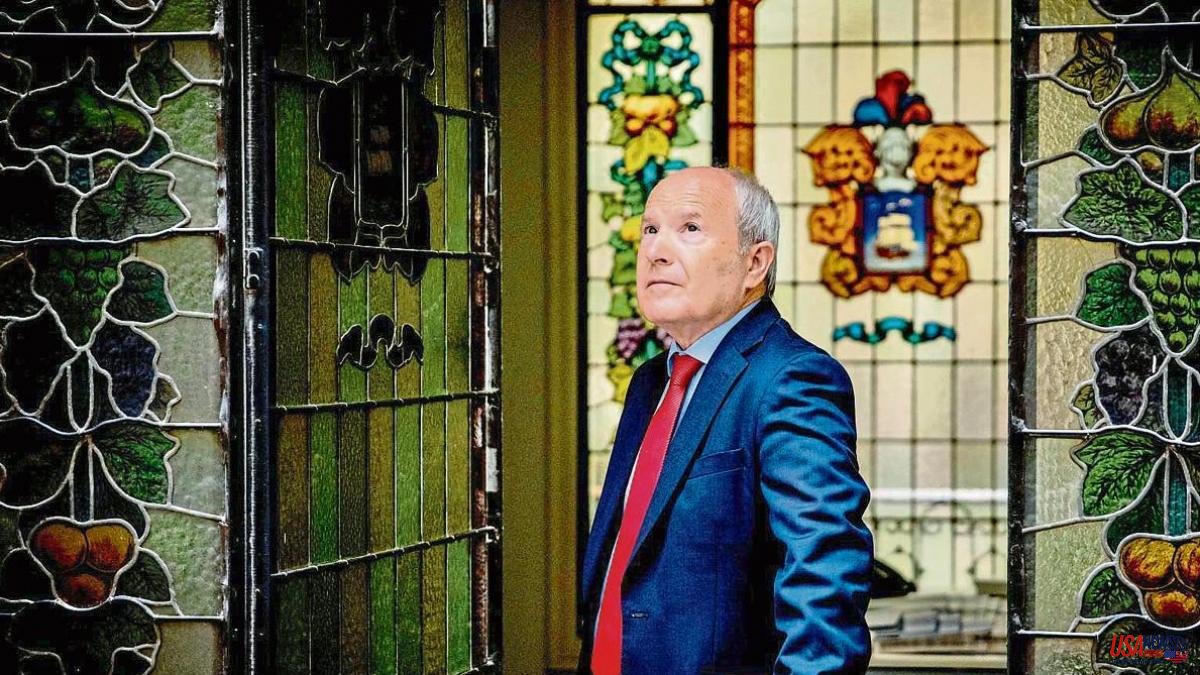 Throughout this week La Vanguardia will publish a series of interviews with the former presidents of the Generalitat to address what happened on 1-O from their perspective. The first of them is that of José Montilla (Íznajar, 1955). Jordi Pujol and Pasqual Maragall have not been able to participate for health reasons, while Carles Puigdemont has declined the invitation of this newspaper.

In 2007 he warned about Catalonia's disaffection towards Spain. Do you think Madrid should have made any concessions?

It is necessary to insert my reflections at a time when the Statute had just been approved. We had begun to deploy it and have the first meetings to negotiate the new financing and the Third Additional Provision. We wanted it to be done diligently and it was a wake-up call that what was agreed upon had to be fulfilled.

To what extent is the ruling of the Statute of 2010 responsible for what happened years later with the procés?

Problems don't appear overnight. It is obvious that the Constitutional ruling had consequences, among other things, a massive protest. If that sentence had not been produced, the subsequent events would surely have changed, although I do not think it is the beginning of the procé s. A year later, President Artur Mas agreed on the budgets with the PP.

So when did the process begin?

It is related to the economic crisis, with the management of the government of Artur Mas, which proposes a fiscal pact with a provincial orientation and also with a PP government with an absolute majority. The PP radically changed its relationship with Catalonia. Then came the cuts that the government of Mas not only subscribes to, but also teaches the government how to make them. When the mobilizations against him begin, he thinks that the way is to blame Madrid: 'they tell us no to everything'. He had arguments to say so because there was no government predisposition.

The responsibility is shared by those who were the protagonists of 1-O, but also by a government insensitive to everything that was raised from Catalonia. The lack of dialogue and communication with the government and a minimal institutional understanding, facilitated by the government's tactical positions, led to disaster.

Do you think that the PP did not believe that the Government was serious about the DUI?

No. The first consultation of 9-N of 2014 is done and the PP looks the other way. President Mas said at the time that it was a citizen consultation and that the government would not get involved. Later Rajoy said he felt cheated.

How did you experience 1-O?

October 1 was important, but I experienced the greatest aggression on September 6 and 7. The rights of citizens and a part of the rights of the deputies of the Parliament were trampled on. The Statute and the Constitution were dispensed with. Does anyone think that a referendum and disconnection laws can be made only with the independentistas? And then to think that he would have some degree of recognition outside. It is living, honestly, on another planet. We are paying the consequences even with the flight of companies.

What balance does five years later?

It couldn't be more disappointing. The self-government is more weakened, Catalonia has lost prestige. How many representatives of the Government of Catalonia have been able to participate in international forums or have been received by European authorities?

What steps did you make those days?

I had conversations with Mariano Rajoy and Carles Puigdemont. I did not succeed. The Prime Minister was convinced that the referendum would not take place. I don't know what advisers he had. They did not have correct information and they were not even able to foresee that the polls would be there and that what happened would happen in the schools. Security forces were brought in from outside without knowing the environment and most behaved correctly, but others did not. In fact, it is still in court. And then the government did not foresee that this would lead nowhere but to disaster, to the Catalan institutions being taken over, and ending up with people in prison, and others choosing to leave so as not to go to jail.

Do you think that Puigdemont was dragged into not calling elections?

I tried to convince him not to do the IUD because he knew it was a step of no return, because 155 would inevitably be approved, and that its application would mean the suppression of the institutions. We have to learn from 2017, not only from Catalan nationalism, but also from Spanish institutions.

Personally, what did the vote of 155 mean to you?

To vote that it was not to align yourself with those who had supported the DUI. I am at the antipodes of these positions. But to vote yes for someone who has presided over Catalonia was to endorse an intervention on the institutions. I abstained out of respect for the institutions and the citizens. I did not owe it exclusively to my parliamentary group.

Do you consider that the independence parties have been self-critical?

No, and this explains the problems in the Government of ERC and Junts. They continue to formulate, some more than others, things in public that they are unable to bear in private. People were deceived, you just have to go through the newspaper library and see the things that were said about the banks or about Europe. Did they believe it or did they encourage the bases?

Is Catalan society now more united or divided than at that time?

There has been a disinflammation of the wound. The swelling has gone down, but it's still there. We are no longer united. We are in a situation of impasse with a government that has doubts about how to govern. Return to October 1 or improve people's lives.

What path should the Government take?

To think that Catalonia, whenever it has advanced, has done so because there was a great unity and it has lost when it was divided. It is politics that will get us out of here and politics is negotiation, dialogue and agreement.

Do you see it possible for your formation to agree with ERC?

It has already been agreed with them. The agreement for the Catalan is an example that also received the support of Junts. The meeting is possible if the interests of the country are put ahead and those of the party are left. There are also agreements with Junts in the institutions.

How do you see the continuous public differences of the current Government?

The country needs a government that deals with the problems and not remember 1-O as if this date were going to magically solve the problems of the Catalans. The two parties of the Government have not found a roadmap other than express independence. To govern seems little epic to them in a society accustomed to the epic. There is a lot of susceptibility to being accused with contempt that only autonomy is being managed. We must lead and represent the whole of Catalan society and not just 50%.