Joan Miró's life was spent in the desire to reach the fullest of intensities with the least possible means. 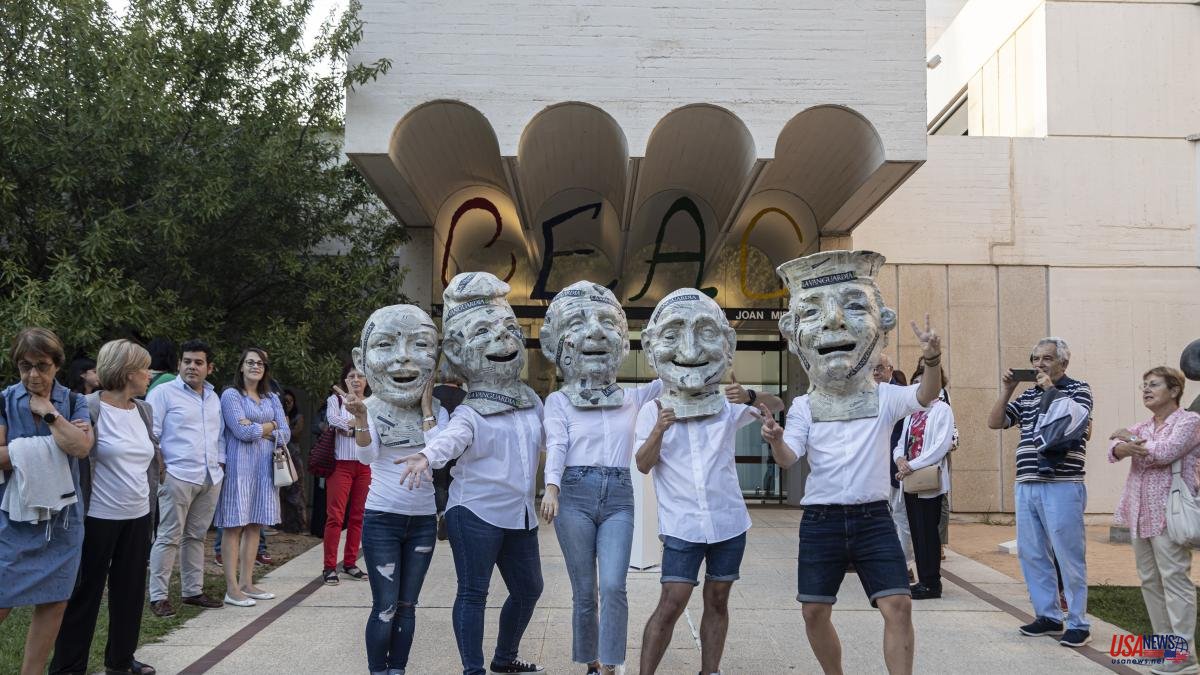 Joan Miró's life was spent in the desire to reach the fullest of intensities with the least possible means. A goal that he achieved in countless works such as l'Or de l'Azur or El Somriure de Flames Flamejant and that now, 38 years after his departure, he is achieving again with a gesture that is both symbolic and minimal: an invitation.

And it is that last September 22, on the eve of the beginning of the Festes de la Mercè, the Joan Miró foundation invited 400 members of the Vanguardia Club to experience in an unprecedented and special way the gift that the Catalan painter offered to the city of Barcelona in the form of a foundation. The day began with a good group of capgrossos who, at the behest of La Vanguardia, welcomed all the attendees who came to Parc de Montjuïc to enjoy this spectacular cultural evening.

A warm welcome that served to set the tone for the first steps of the evening that took the guests to the rooms where much of the Catalan artist's legacy and collections are kept. This free visit included a contemplative walk through the exhibition 'Miró. The most intimate legacy', an exhibition that ended last Monday, September 26. The event was actively participated by the room informants who guided all the guests by showing Miró's first period in the 20s and 30s and, later, introducing the famous concept of the Catalan artist: anti-painting; without a doubt, one of his most interesting counterpoints in his entire pictorial career.

Between tapestry rooms, spaces for sculpture and artistic dissertations on the consolidation of language, members of the Taller de Músics created a unique atmosphere with improvisations that, surrounded by so much history and culture, made the skin of more than one subscriber stand out. . The musical note of the evening lived up to the sample kept by the foundation and the melodious pieces resulting from improvisation were a great accompaniment to great works such as the tapestry in room 11.

As a final colophon, the attendees enjoyed refreshments where, among soft drinks and potato chips, among others, they could comment on the visit in the surroundings of the interior patio of the Foundation Bar.

Joan Miró said that a painting never ends, nor does it ever begin, he said that a painting was like the wind: it always moves without rest. His words were very true, his work is still going on when it has been almost 40 years since this great artist left us. The event ended with a very special surprise for Club Vanguardia attendees.

And it is that they were able to contemplate a panoramic sunset of Barcelona from the terraces of the octagonal tower and the north patio of the Foundation, a space that is only closed to the public and that enjoys spectacular views. A pleasant surprise that put the cherry on top of a luxurious cultural day.

The foundation was one of the gifts that Joan Miró wanted to leave to Barcelona, ​​a city that was his source of inspiration and at the same time his place of peace. Created by the artist himself with the desire to safeguard the artistic background of the artist himself and with the firm will to establish in Barcelona a cultural space of international reference in which to promote the values ​​of Mironian art.

The foundation opened to the public in 1975 and, almost four decades later, it houses the most contemporary artistic creation with a large part of the Catalan artist's collection, which the 400 subscribers could enjoy exclusively in an unforgettable evening.

This exclusive closed-door foundation tour is one of many exclusive events we offer our members. If you want to participate in the next ones, just go to clubvanguardia.com and sign up. See you there!