The Gospel of John says that Jesus and his disciples, walking through Jerusalem, met a man blind from birth. 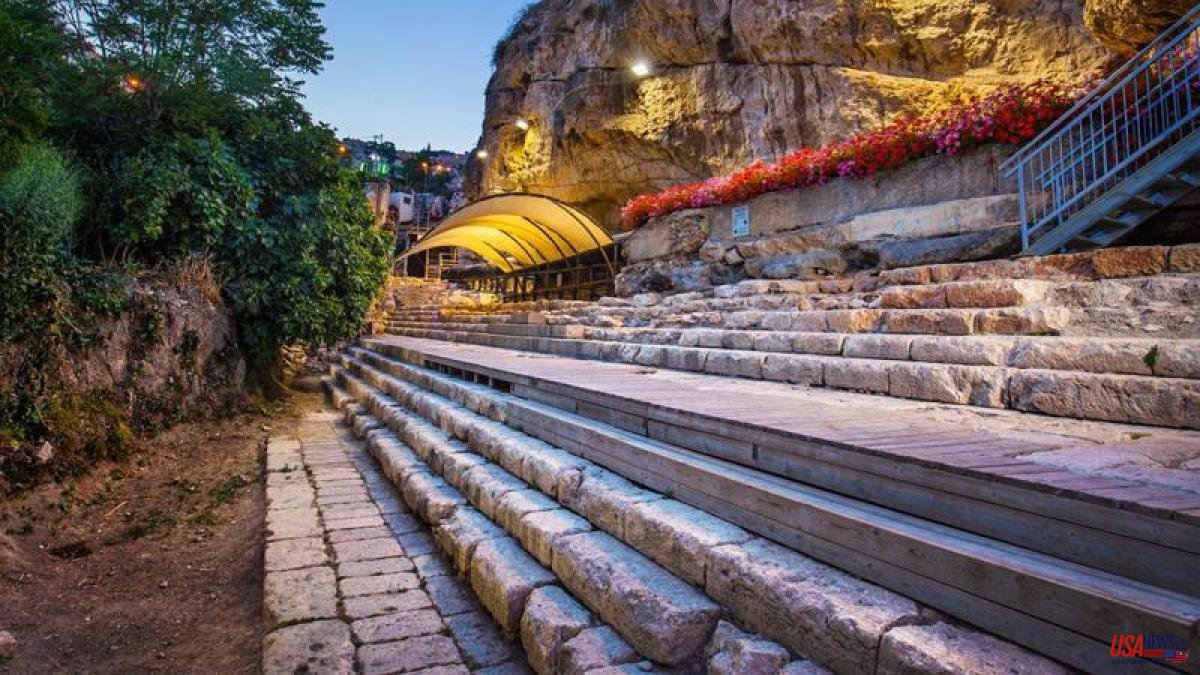 The Gospel of John says that Jesus and his disciples, walking through Jerusalem, met a man blind from birth. Jesus spat on the ground, made mud with the saliva and smeared it over the man's eyes. "Go, wash in the pool of Siloam," he would have told her, as explained in the Bible. And when he came back he already saw.

Archaeologists, in this story, have never been as interested in the miracle as they were in the pool, whose exact location was a mystery until 2004. Almost 20 years ago, during work to repair a large water pipe south of Mount of the Temple, two stone steps were identified.

That was the first clue that led to the rediscovery of the Pool of Siloam, built some 2,700 years ago in the southern part of the City of David -the core of the original settlement of Jerusalem- as part of the city's water system in the eighth century before. of Christ, during the reign of King Hezekiah.

Experts from the Israel Antiquities Authority have announced that they will shortly begin excavation of the historic pool, which served as a repository for water from the Gihon spring, which was diverted through an underground water tunnel. It is known that the area was already important in the First Temple period, built by Solomon in the 10th century BC.

Due to its location and importance, the Pool of Siloam was renovated and enlarged about 2,000 years ago, at the end of the Second Temple period, the time when Jesus supposedly lived. The pool is believed to have been used during this time as a ritual bath ('mikveh') by millions of pilgrims who converged on the site before ascending the City of David.

In 1880, the so-called Siloam Inscription was discovered in the water tunnel that was located a few tens of meters from the monumental pool. The text, now on display at the Istanbul Archaeological Museum, is written in ancient Hebrew and records how water from the Gihon spring was diverted into the pool during the reign of Hezekiah.

Over the centuries, many traditions have been associated with the Pool of Siloam, and since the late 19th century it has been the focus of expeditions from around the world: in the 1890s, a group of British-American archaeologists led by Frederick Jones Bliss and Archibald Campbell Dickey discovered some of the pool steps; and in the 1960s, the British archaeologist Kathleen Kenyon first excavated the site.

These works did not end up having the expected success and the exact location of the pond was not exactly known. Until 2004. Works carried out by the Hagihon Water Company exposed some of the steps of the pool, which led to an excavation campaign that exposed the northern perimeter and a small portion of the eastern part.

The perimeter of the Pool of Siloam was built, according to the archaeologists in a statement, as a series of steps that allowed bathers to both sit and immerse themselves in the waters of the pool. According to estimates, the space went through multiple stages of development and, at its peak, was approximately 5 dunams (half a hectare) in size and boasted impressive inlaid flagstones.

The work that the Israel Antiquities Authority plans to carry out will allow the pool to come to light in its entirety, which will serve to expose it in public. In a first stage, visitors will be able to observe the archaeological excavations, and in the coming months, tourist access will be opened as part of a tour that will begin at the southernmost point of the City of David and culminate behind the steps of the Western Wall. .

"The Pool of Siloam is a site of historical, national and international importance. After many years of waiting, we will soon have the merit of being able to discover this important site and make it accessible to millions of people who visit Jerusalem every year," declared the mayor of the city, Moshe Lion.