Is the United States getting tired of the long war in Ukraine?

Joe Biden has pledged to stand by Ukraine "for as long as it takes. 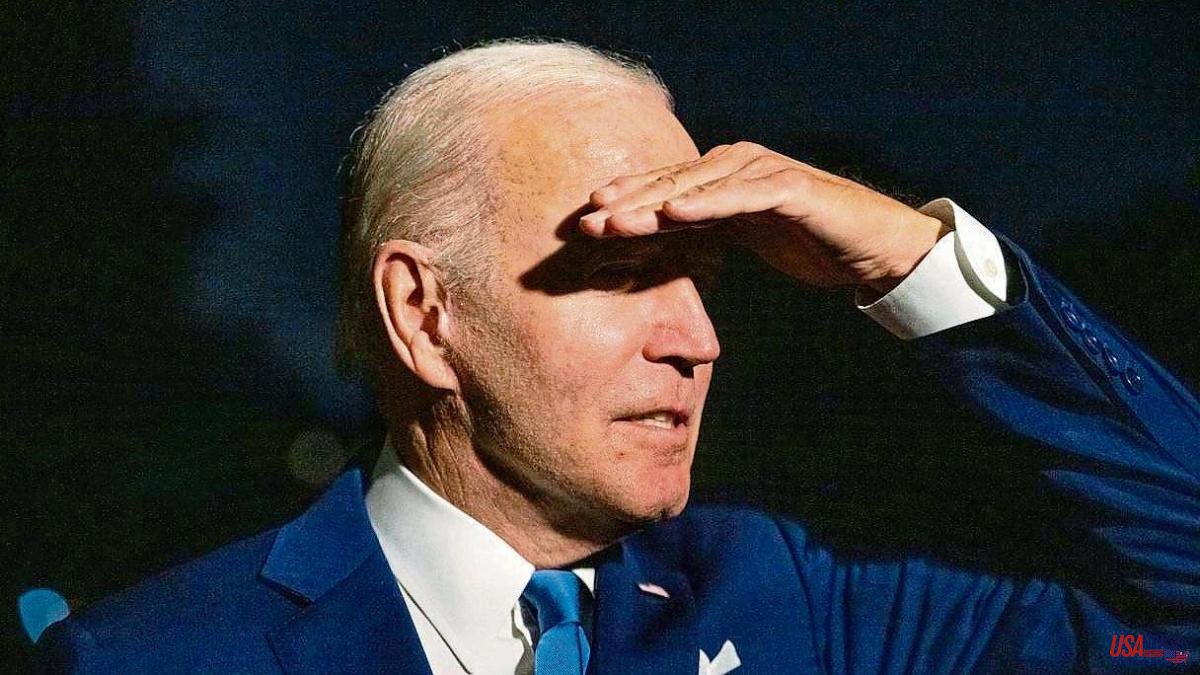 Joe Biden has pledged to stand by Ukraine "for as long as it takes." So far, his government has helped her with some $8 billion in military spending alone. In May, Congress approved a supplementary budget of 40,000 million dollars (a figure higher than that requested by Biden and also higher than the annual defense budgets of most European allies) to help the country and face the consequences war globals.

Yet after nearly six months of fighting and with the prospect of a long war ahead, even Biden's closest allies are wondering if the United States will soon tire of carrying that burden. The president is even more unpopular than Donald Trump at the time of his presidency. Inflation and high fuel prices weaken the purchasing power of Americans. And Republicans are poised to make major gains in the midterm elections scheduled for November: They are expected to take control of the House of Representatives and possibly the Senate as well.

Chris Coons, a Democratic senator and close ally of Biden (sometimes called his "shadow secretary of state") recently wrote a comment praising NATO's show of unity at last month's Madrid summit. And he added: "I am concerned about the commitment of the American people and their elected leaders to stay the course as the invasion continues." Vladimir Putin, the Russian president, "is counting on the West to disengage," he told The Economist on July 14.

The aid to Ukraine is meant to last until the end of the fiscal year, on September 30, although no one knows for sure when the money will run out. Few in Congress believe another big package for Ukraine can be passed before the midterm elections, and many believe it will remain difficult afterward. "It's going to be a tough battle," says a Republican Senate staffer. "The arguments of the last time are no longer enough, because the war has changed drastically and the internal situation is different."

Given the country's intense polarization, it is perhaps no surprise that Republicans are skeptical of a proxy war led by a Democratic administration. Americans as a whole are now less willing to pay an economic price for supporting Ukraine than they were when the war began in March. Furthermore, according to a recent poll commissioned by the University of Maryland, the gap between Democrats and Republicans is also widening. Among Democrats, 78% would accept more expensive fuel and 72% would put up with more inflation to help Ukraine; among Republicans, only 44% and 39%, respectively, would do so.

Congressional aides say three factors are likely to affect support for Ukraine. The first is the composition of Congress after the mid-term elections. If Republicans win back one house or both, which faction of the party will come out on top? A more establishment-oriented one like that of Mitch McConnell, the Senate minority leader who in May brought his senior colleagues to Kyiv to meet with President Volodymyr Zelensky? Or Trump devotees and his MAGA (Make America Great Again) nativism?

Trump continues to hold much of his party captive. He denounced the latest aid package for Ukraine, saying, "Democrats send another $40 billion to Ukraine, while American parents scramble to feed their children." His base could be galvanized if, in the coming weeks, he announces his intention to run for president again in 2024. Meanwhile, some unexpected problems have arisen due to the behavior of Victoria Spartz, a Ukrainian-born Republican and member of the House of Representatives. Representatives who had once urged Biden to act more forcefully in Ukraine, but who have lately dedicated themselves to accusing some of Zelensky's collaborators of corruption.

"The fact is that if Republicans take control of the House of Representatives in 2022, US support for Ukraine will stop," House Democrat Ruben Gallego tweeted. Republican leaders, he predicted, will not be able to stop Trumpists like Marjorie Taylor Greene and Matt Gaetz from "dictating Ukraine policy for us." Gaetz replied: "Ruben is right."

Such bragging amounts to mere "wish-wishing," says Eric Edelman, a former senior Pentagon official under George W. Bush. The MAGA apostles remain a minority among Republicans in Congress; but, Edelman fears, they could increase after the midterm elections. If they manage to win a larger share of Republicans in the House of Representatives, where the spending proposals originate, and especially if they control the balance of power, it will be more difficult to provide new aid to Ukraine. Kevin McCarthy, the Republican leader of the House, considers Zelensky a "modern Winston Churchill". Few, however, expect him to offer much resistance to the Trumpian right. Pressure will mount in the Senate (whether controlled by the Democrats or McConnell's Republicans) to curb the excesses of the MAGA world. The Ukraine issue, Edelman explains, "is a proxy for the more general battle for the soul of the Republican Party."

A second factor is the extent to which the allies are willing to continue to help Ukraine confront Russia. "How much do our European partners make? That's literally the first question they ask me," says Coons. For most Americans, he points out, Ukraine is "on the other side of the world." European countries are closer to the military threat from Russia and are also more vulnerable to the danger of escalation, the loss of Russian energy supplies and the flow of refugees.

Perhaps the third factor is the important consideration: progress on the battlefield. If the Biden administration can show that Ukraine is gaining ground and not getting bogged down in another "forever war", it will be easier to rally support for that country. However, the prolongation of the conflict seems very likely. Lately, Ukraine has been successful in using HIMARS, a US-supplied guided missile launcher, to attack command posts and ammunition depots behind Russian front lines. However, the Ukrainian forces are still heavily outmatched and on the defensive, if not retreating.

Biden's goal in the war is unclear. His government has stopped talking about helping Ukraine "win" and instead talks about preventing it from being defeated. He delivers HIMARS in small batches of four launchers at a time. (He claims he needs time to train the Ukrainians.) However, Biden's main concern is to avoid a direct conflict between NATO and a nuclear-armed Russia. The United States has demanded guarantees that the GMLRS ammunition supplied with the HIMARS, which has a range of 84 kilometers, will not be fired on Russian territory; so far it has refused to provide the ATACMS ammunition, with a range of about 300 kilometers.

For some, the war cannot be won. They say the Biden administration should hurry up and find a diplomatic deal. But for Ukraine supporters, Democrats and Republicans alike, the answer is that Biden must hurry up and win: offer Ukraine more military aid, do it faster, and take more risks. Edelman offers the following warning to the Biden team: "If you think the answer is to stalemate, even if you don't intentionally act to stalemate, you are going to lose on the battlefield in Ukraine and also the battle by American public opinion.