Iran's players do not sing the anthem in protest

The Iranian team has arrived at the World Cup in Qatar marked by the riots in their country and in the minutes before the debut in the tournament the players once again showed their commitment to their people, especially to women. 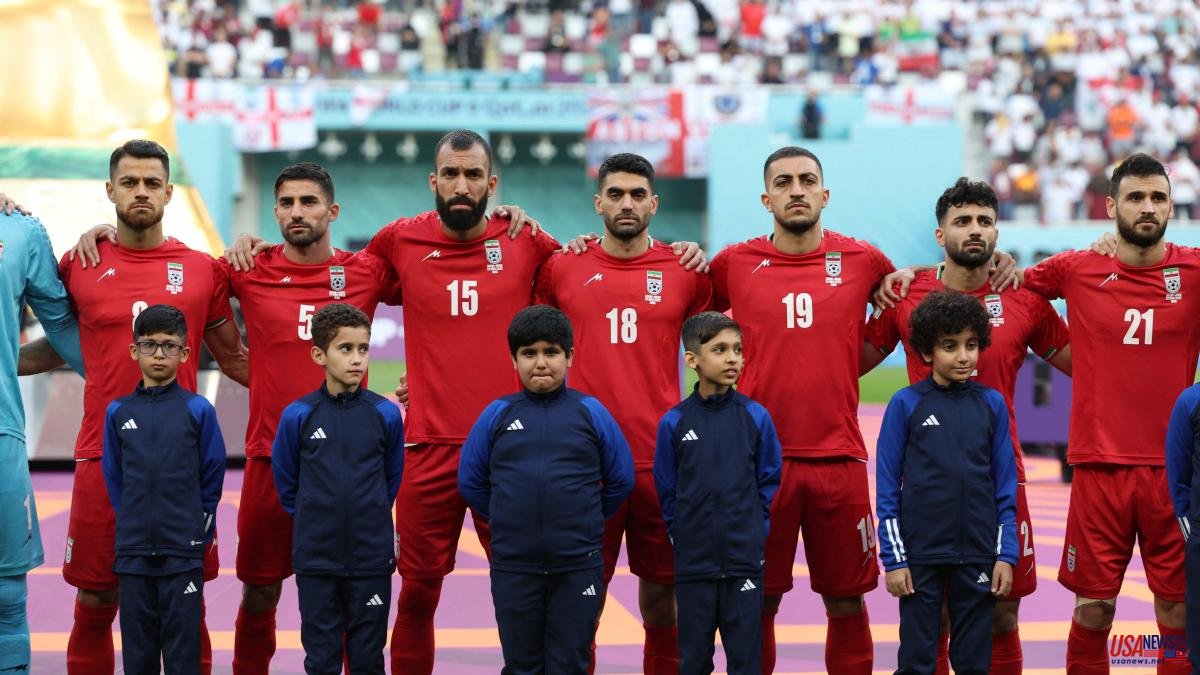 The Iranian team has arrived at the World Cup in Qatar marked by the riots in their country and in the minutes before the debut in the tournament the players once again showed their commitment to their people, especially to women. The footballers rebelled by refusing to sing the anthem, at which point the Iranian fans also protested with whistles.

The eleven chosen by Carlos Queiroz for the World Cup premiere remained silent while the melody of their country played, but at the end of the notes they shouted a representative "Iran, Iran". The whistles that had been heard from the seats of the Khalifa stadium in Doha turned into applause and cheers as the ball began to roll.

In fact, most of the Iranian fans present in the stadium were in favor of the protests with a large Iranian flag bearing the slogan woman life freedom (freedom for women's lives). Others have carried posters with the colors of the country and the same demand.

The social situation in Iran spiraled out of control on September 14, when Mahsa Amini was arrested by the 'morality police' for wearing her headscarf improperly and wearing too-tight pants. The 22-year-old girl died as a result of police brutality, specifically from a blow to the head, according to her family.

As a result of the assassination, the Iranian population, especially women, took to the streets to demand justice and to rebel against the religious authorities, which above all are restrictive of women's freedoms. The rebels found support in some public figures, including soccer players who are internationals with the Iranian national team.

"I cannot remain silent about what has happened to Mahsa Amini. If the punishment is to be expelled from the national team, that is a small price to pay for a single lock of an Iranian woman's hair," Sardar Azmoun said at the time, Bayer Leverkusen footballer and one of the most important players of the Persian team. Azmoun received a standing ovation precisely when he took the field against England. In the opposite direction, Queiroz turned to the stands to thank him for their support and blew them kisses.

The demands of Iranian women, expressed in repeated street demonstrations, reached an international dimension in a short time and other personalities from different fields supported the cause through a gesture: cutting a lock of hair, a symbolic act that serves to show solidarity with the iranian women.