The latest advance data from the Consumer Price Index (CPI) indicates that inflation continues to run like a runaway horse no matter how much the European Central Bank (ECB) and the Government of Pedro Sánchez insist on showing that they have already taken the reins to stop her. 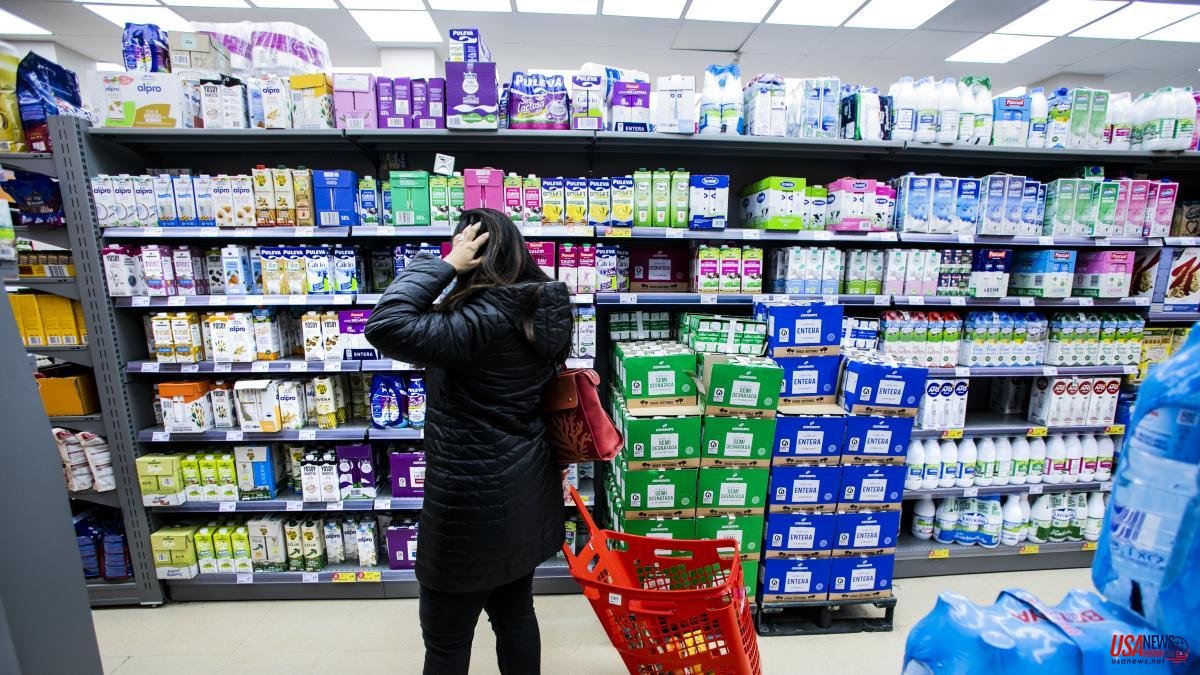 The latest advance data from the Consumer Price Index (CPI) indicates that inflation continues to run like a runaway horse no matter how much the European Central Bank (ECB) and the Government of Pedro Sánchez insist on showing that they have already taken the reins to stop her. But a year-on-year inflation rate of 10.2%, the highest since 1985, shows that the situation is serious and far from under control.

The persistence of the rise in prices "is worse than expected", in the words of Joan Tugores, Professor of Economics at the University of Barcelona (UB), who maintains that the measures adopted so far "are not working as effectively as desired”. This is the case, for example, of the fuel subsidy and the decision to limit the price of gas that is sold to the electricity system - the so-called "Iberian exception" -.

The solution, according to the economist, is to implement more forceful actions, although he recognizes that current inflation is "particularly difficult to deal with" due to its strong supply component, hence its similarity to what happened in the seventies with the oil crisis. "The main difference is that at that time it was a new situation and each country reacted on its own, which aggravated stagflation," he says. However, there is now more international coordination despite the fact that the tensions in the geopolitical climate make it difficult to adopt agreements.

In this sense, the European Central Bank (ECB), which forecast an inflation of 7.1% for 2022 in the worst scenario, has decided to terminate its policy of negative interest rates that has contributed to overheating the economy. The question is whether, in a context of a notable increase in the price of energy and food, this recipe in itself will be sufficient and whether, as the professor at OBS Business School and director of Eurocofín, Carlos Balado, warns, "medicine does not ends up causing more damage”, that is, that slows down economic growth and a new recession arrives. "It is a reality with low probability that must be taken into account," he admits.

The central bank has reacted by announcing gradual increases in the interest rate -the first, of 25 basic points-, which will affect consumers' pockets because it will make financing costs more expensive, although savings will also be encouraged due to the improvement in the profitability of bank deposits. According to market consensus, rates will rise to 2% in 2023. But is this hike enough? For Tugores, not at all, and the reason is that "2% rates with 10% inflation are negative in real terms," ​​he says.

So how to tackle the inflationary trend? The economist warns that the current inflation has components of supply but also of demand, for which action is needed on both sides. In this sense, and despite the fact that it will not have an effect in the short term, he believes that the reformulation of the energy mix is ​​necessary, that is, the combination of energy sources to increase the electricity supply and "make it less dependent on the volatility of the markets ”. To do this, he considers that "we must take advantage of the energy resources that are closest to us, which include solar energy but also nuclear energy."

The experts consulted agree that the latest data shows that the pull that consumption experienced after the end of most of the restrictions imposed to stop Covid is slowing down. A dynamic that will intensify in the coming months, which could cause "not even in 2023 to recover the levels prior to the pandemic," warns the professor.

For his part, Balado predicts that the contraction in consumption will arrive in the fall, "since there is a forecast that raw materials will continue to have high prices." “The mentality that will probably prevail after the summer will be that of saving, something similar to the forced or forced saving that occurred during the pandemic,” he predicts.

The inflationary trend that began in mid-2021 and worsened with the outbreak of the war in Ukraine is wreaking havoc on the pockets of consumers, especially those with lower-middle income, since basic products such as food have registered double-digit increases . Hence the growing concern of many citizens about the rising cost of living.

“Inflation will depend on the evolution of cost pressures, such as energy and problems in global supply chains. As long as this continues, the trend is upwards”, explains the OBS Business School professor. And he recalls that, according to a survey by the European Commission, the number of companies in the eurozone that indicate having a shortage of materials or capital goods as a limiting factor in production is very high. In April, 55% of manufacturing companies indicated supply restrictions. And in the case of Germany, the percentage rose to 85%.

Finally, and in order to cushion the loss of purchasing power of the middle and lower classes, Tugores underlines the importance of the social pact to repair the impoverishment that inflation entails. "If the distribution of the cost of rising inflation is not perceived as equitable, it will feed the breeding ground for social unrest," he warns. A problem that would aggravate, according to the professor, the economic and socio-political evolution of the country.