Inflation marks a record 9.1% in the eurozone and increases pressure on the ECB

Inflation in the eurozone reached 9. 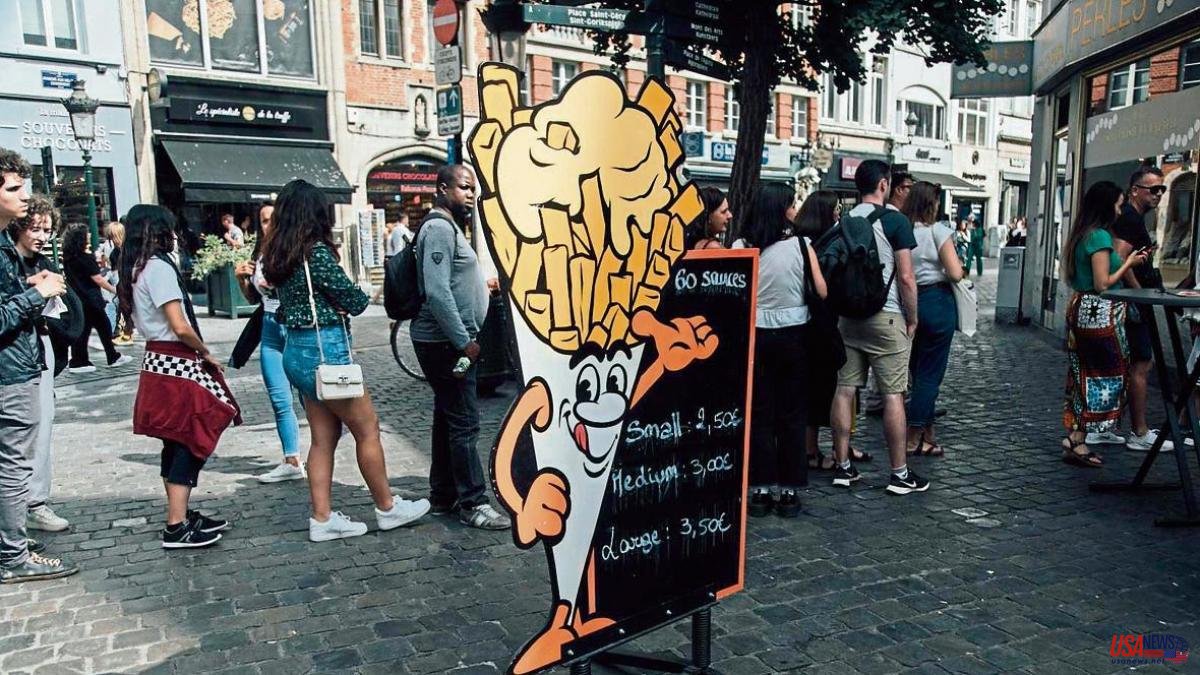 Inflation in the eurozone reached 9.1% year-on-year in August. It is a historical record since the birth of the euro, two decades ago. And it is the umpteenth: the war in Ukraine and the energy crisis have heated up prices in Europe this year, from Lithuania or Latvia, which exceed a growth of 20%, to Germany, where it has reached 7.5%.

In the Eurotower skyscraper in Frankfurt, someone's ears must be ringing. Goldman Sachs, Bank of America and JP Morgan, the three largest US investment banks, believe that next week the European Central Bank (ECB) will be forced to raise interest rates by around 75 basis points at its meeting on 8 September. The mandate of the institution chaired by Christine Lagarde is to keep inflation close to 2%.

The hawks in Frankfurt are sharpening their weapons. "There is an urgent need for the Governing Council to act decisively at its next meeting to combat inflation," Bundesbank chief Joachim Nagel said after the data was released. “We need a strong interest rate hike in September. And more increases in interest rates are expected in the coming months.”

In turn, the head of the Dutch central bank, Klass Knot, already said on Tuesday that strong consumer demand after the end of the lockdowns has also contributed to raising prices. Rising wages and a weak euro pose upside risks, he warned, urging “a “swift” normalization of monetary policy.

German Isabel Schnabel, a member of the ECB's executive committee, has already warned that the central bank should focus more on current inflation data than on projections – which instead point downward next year. A way of saying that we must act now.

Several analysts are of the same opinion. “The central bank is paying the price for its decision to leave the deposit rate at -0.5% for too long and may have to be much more forceful now. Unfortunately, the inflation situation is going to get worse, perhaps a lot, before it gets better, given what lies ahead for energy this winter," Oanda's Craig Erlam wrote in a note. “The underlying inflation trend has already widened, and this despite the fact that there have not yet been strong wage increases. The reality is that the ECB's mandate is being massively breached”, agreed Ulrike Kastens, from Economist Europe for DWS.

However, within the ECB and the economic world, the front of those who defend moderation in monetary policy to prevent Europe from ending up paying for it with a recession does not give up, especially when the scenario, in the coming months, points to an improvement in inflation.

Thus, along the same lines as the chief economist of the ECB Philip Lane, the deputy governor of the Bank of Spain, Margarita Delgado, recalled yesterday at a seminar of the Central Bank Research Association (Cebra) and the BSE (Barcelona School of Economics ) that the data must be carefully examined at each ECB meeting, but that a distinction must be made between the short term, in which there is a "shortage" of "cheap energy" in Europe, and the long term, when It will have renewable energy, which will end up easing the tensions on prices.

Teresa García Milà, Professor of Economics at UPF, also avoids falling into drama and recalls that most forecasts point to a drop in inflation next year (see graph) and that the soundness of the banks is greater than the that was in the previous crisis of 2008.

There is another element to take into account regarding the future steps that the ECB will take and that is the evolution of the price of gas and electricity. Gas futures in Amsterdam have been in free fall for three days and the electricity rate in Germany has been halved in two days.

Beyond possible speculative elements and the fact that the market may begin to discount a recession in the Old Continent, this collapse could suggest that perhaps the peak of energy price increases has been left behind.

Although forecasts point to what is called a jumbo hike (something like a sharp rise) in interest rates, which would also support the euro and prevent capital flight to the dollar area, it is not clear that this has to happen.

As former Federal Reserve Chairman Alan Greenspan once said, “We're really not very good at forecasting; We pretend that we do, but the truth is that we don't."