Indonesian police insisted on Tuesday that they "will enforce the laws against the guilty" after suspending nine policemen in connection with the stampede at a football stadium in the city of Malang, which killed at least 125 people. 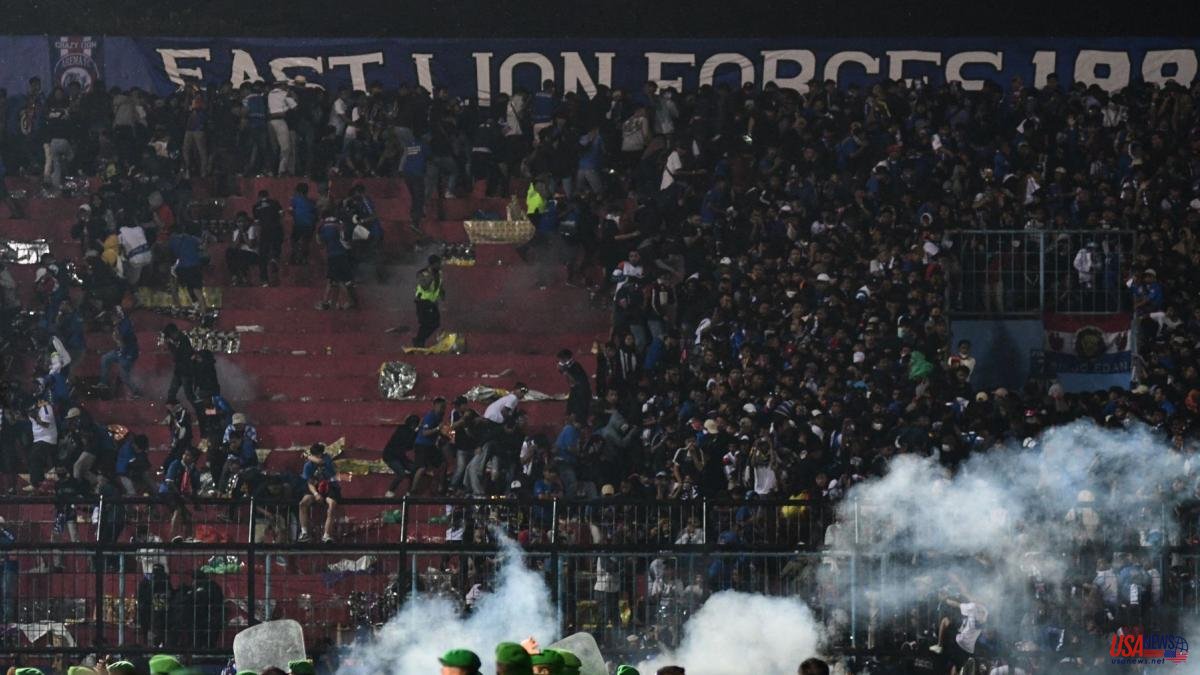 Indonesian police insisted on Tuesday that they "will enforce the laws against the guilty" after suspending nine policemen in connection with the stampede at a football stadium in the city of Malang, which killed at least 125 people. "We will make sure that the laws are enforced against anyone who is guilty," East Java province police chief Nico Afinta told a news conference, where the tragic incident occurred on Saturday.

The authorities, who have opened an internal investigation to review the actions of the security forces - who fired tear gas canisters at the stands, which could aggravate the stampede - plan to provide more details throughout this Tuesday.

At the moment, it is known that the head of the Malang Police, Ferli Hidayat, and nine other officers have been removed from office while the investigations are carried out and that 28 officers are being questioned due to the incidents after the match on Saturday.

The tragedy occurred after thousands of fans of the Arema club, the local team, stormed the field of Kanjuruhan Stadium in Malang after a 2-3 loss to Persebaya Surabaya and clashed with authorities.

Security officers responded by charging batons and firing tear gas in an attempt to stop the attacks, sending panicked fans fleeing en masse towards the stadium exits. At least 125 people have been killed and more than 320 injured, according to official figures. Most of the victims succumbed due to suffocation, trauma or trampling, according to hospital sources and witnesses.

The Indonesian government has promised to clarify the causes of the event, described as the worst tragedy in Indonesian football and one of the worst episodes in this sport ever recorded in the world. Security Minister Mahfud MD announced on Monday the formation of an independent commission to investigate both acts of violence committed by fans and the actions of security agents.