Images of the deadly stampede at Seoul Halloween parties

One of the most anticipated celebrations by thousands of young people in the world, Halloween, has become an unprecedented tragedy in Seoul, the capital of South Korea. 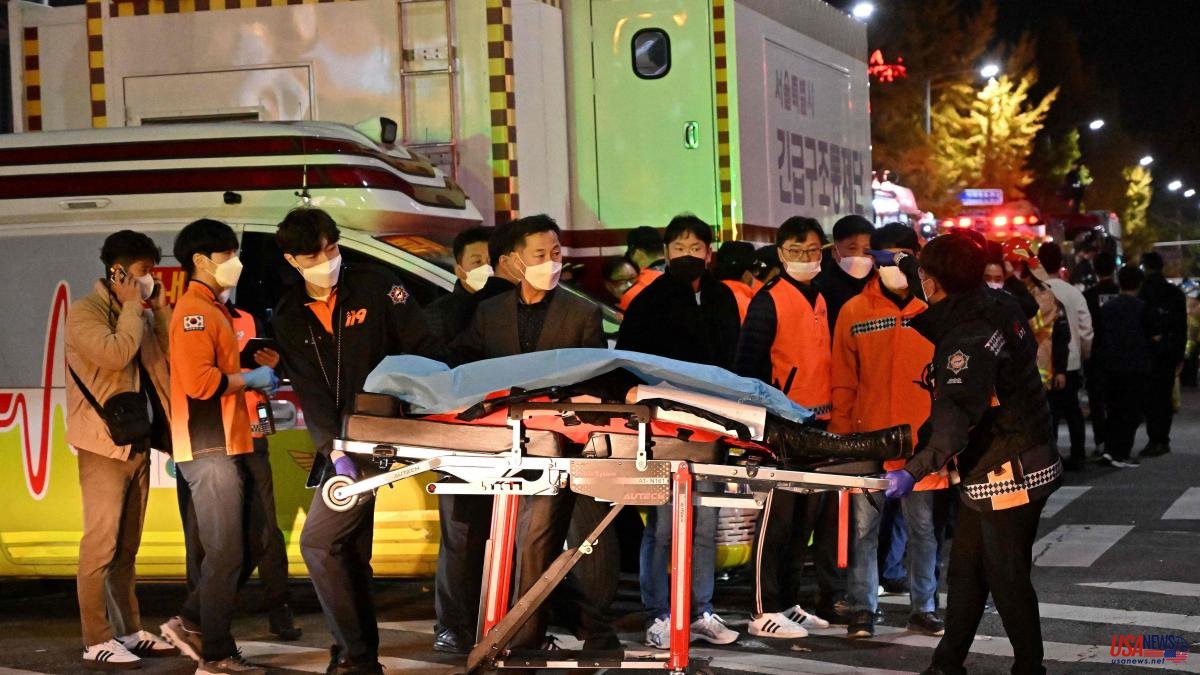 One of the most anticipated celebrations by thousands of young people in the world, Halloween, has become an unprecedented tragedy in Seoul, the capital of South Korea. An apparent stampede that occurred in the city center has left at least 146 dead and a hundred injured, some of them in very serious condition, according to official sources in the country.

The events occurred at 10:22 p.m. local time in a narrow alley in the Itaewon neighborhood, an important entertainment and nightlife spot in the city where about a thousand attendees congregated at the time. Although the circumstances that have caused more than a hundred of them to be crushed by the crowd have yet to be determined, the main hypothesis that is being considered is that a large number of people have run to a bar after hearing that a celebrity did not identified visited him there.

The hundreds of people attending the celebration have gathered in the vicinity of the Hamilton Hotel, in front of the Itaewon subway station. The avalanche took place in a sloping alley next to the hotel establishment.

According to witnesses cited by South Korean media, the stampede began when a collective fall occurred at the top of the slope of the alley where hundreds of attendees were congregated, which caused a chain collapse and the death of more than a hundred people who were trapped. on the run

Dozens of event attendees have shared a multitude of videos on social networks in which a large number of people can be seen trapped in the alley adjacent to the Hamilton Hotel, while the emergency teams try to evacuate the attendees and carry out resuscitation maneuvers. about some wounded.