For decades, millions of children around the world have been taught that Hong Kong was once part of the British empire. 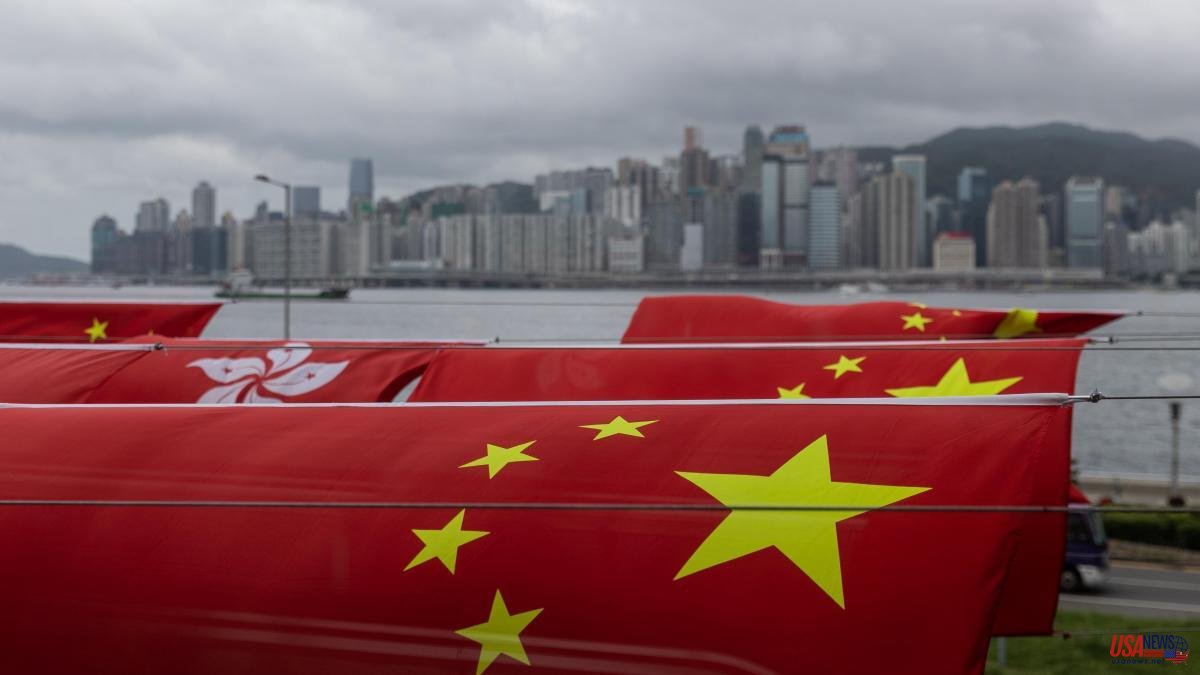 For decades, millions of children around the world have been taught that Hong Kong was once part of the British empire. In the media, it is common to refer to the territory as "the former colony", something that does not escape travel guides or business brochures. But next year's school textbooks maintain that the enclave was never a colony, a narrative sponsored by Beijing to base its uninterrupted sovereignty over the troubled demarcation.

The Chinese position is not new. The Asian giant has always defended that they never renounced their sovereignty over the territory and that its surrender to the British was due to the unfair "unequal treaties" that, as losers, they signed under duress at the end of the two Opium Wars in the XIX century. Thanks to them, Great Britain ruled the territory from 1841 to 1941 and, after the years of Japanese occupation during World War II, from 1945 to 1997. On July 1 of that year, the Union Jack was lowered for the last time in Hong Kong in the presence of Britain's Prince Charles and Governor Chris Patten to make way for the Chinese flag, raised under the watchful eye of then-communist leader Jiang Zemin.

From the Chinese point of view, Great Britain “only exercised colonial rule” during all those years, a definition that is now enshrined in the new manuals. Its pages also state that the United Nations removed Hong Kong from its list of colonies in 1972 at the Chinese request.

The local government has followed communist rhetoric since 1997. Its authorities, loyal to Beijing, never say that sovereignty was "transferred", but rather that Hong Kong "returned to the motherland". The city's museums used to describe the city as a colony, but those references have been disappearing.

The latest change is in line with recent Chinese efforts to try to instill a "Chinese identity" among local students. Especially after the anti-government protests of recent years and the appearance of movements advocating greater autonomy or, even in some specific cases, independence.

“The British aggression violated the principles of international law, so the occupation of the Hong Kong region should not have been recognized as legal. Hong Kong did not have colonial status and therefore there was no such thing as self-determination,” reads one of the excerpts seen by the media.

The four books in question are part of the new subject of citizenship and social development, which replaces the previous one of liberal studies, with which it was sought to provide the student with a greater capacity for critical thinking and analysis. After the 2019 protests, the subject was pointed out as a source of radicalization and the way in which some teachers instilled wrong ideas in them, so it was decided to reform it.

In this sense, the new texts – which are still pending final approval – also reflect the Chinese position on the massive protests of three years ago, which for them were a threat to national security and instigated by foreign forces. Its pages also justify the imposition by Beijing of the National Security law in the territory. The rule, which punishes crimes of secession, subversion or terrorism with up to life imprisonment, has been criticized by the opposition as a tool with which to silence any critical voice.

The textbook proposal comes just days before Hong Kong marks the 25th anniversary of its return to Chinese sovereignty on July 1. That day, the former head of Security John Lee, who will replace the ill-fated Carrie Lam, the worst valued local leader in history, will also be sworn in as the new local chief executive.

Traditionally, the head of the central government has attended the investiture ceremony. For now, the presence of President Xi Jinping, who has not left Chinese territory since the start of the pandemic, has not been confirmed. However, speculation has increased in recent days after it emerged that local authorities and school children will have to spend several days in quarantine before the anniversary, suggesting that they are preparing to create a "closed circuit" to the visit of a high-ranking official.