Guinea's new military leaders sought to tighten their grip on power after overthrowing President Alpha Conde, warning local officials that refusing to appear at a meeting convened Monday would be considered an act of rebellion against the junta. 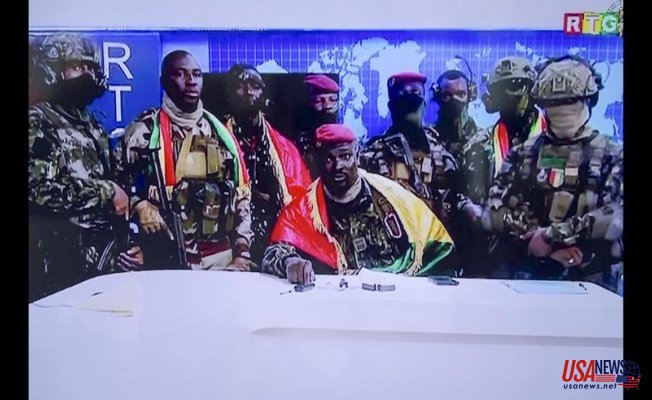 The junta declared that Guinea's governors would be replaced by regional commanders after putting West Africa under military control for the first time since over a decade. The country was placed under a nightly curfew and its constitution and National Assembly were dismantled.

Conde was also not released by the military junta, who refused to give a time frame. However, Conde's 83-year old leader had continued access to his doctors and medical care. However, the ECOWAS West African regional bloc demanded Conde's immediate release and threatened sanctions if he was not.

Conde was forced to be removed by force on Sunday after Conde, who had sought a controversial third term as president last year, claimed that the term limits didn't apply to him. His ouster was sought by both the political opposition as well as the junta. However, Monday's outcome was not clear.

It was also unknown how much support Col. Mamadi Didumbouya received from the larger military. He was the commander of the army’s special forces unit, but it was possible that other loyalists could mount a countercoup within the next hours or days.

Doumbouya, who announced the coup via state television, portrayed himself as a patriot for Guinea. He said that Guinea had not progressed economically since it gained independence from France many decades ago. However, observers believe that tensions between the president of Guinea and the army colonel are the result of a proposal to reduce some military salaries.

"We won't entrust politics anymore to one man. He said it, while he was clad in a Guinean flag and a few other soldiers standing at his side.

Later, the junta announced plans to replace Guinea's governors by regional commanders at an event Monday. It warned that any refusal to appear would be considered rebellion.

Antonio Guterres, U.N. Secretary General, tweeted that he strongly condemns "any takeover by force of gun"

Heavy gunfire erupted near the presidential palace on Sunday morning and continued for hours. This sparked fears in a country that has already seen numerous coups and attempted assassinations. Although the Defense Ministry initially stated that the attack was repelled by security forces at first, there was more uncertainty when Conde did not appear on state television or radio.