Green hydrogen at low cost, the

With pedagogy, and not without a certain enthusiasm, the chemist Gonzalo Abellán explains to his family and friends -and also to this journalist- that this is the first time in history that to explain chemical processes one does not have to go to the books, with a peek there will be enough for the Sagunt gigafactory, because "there all the technology will be one hundred percent chemical". 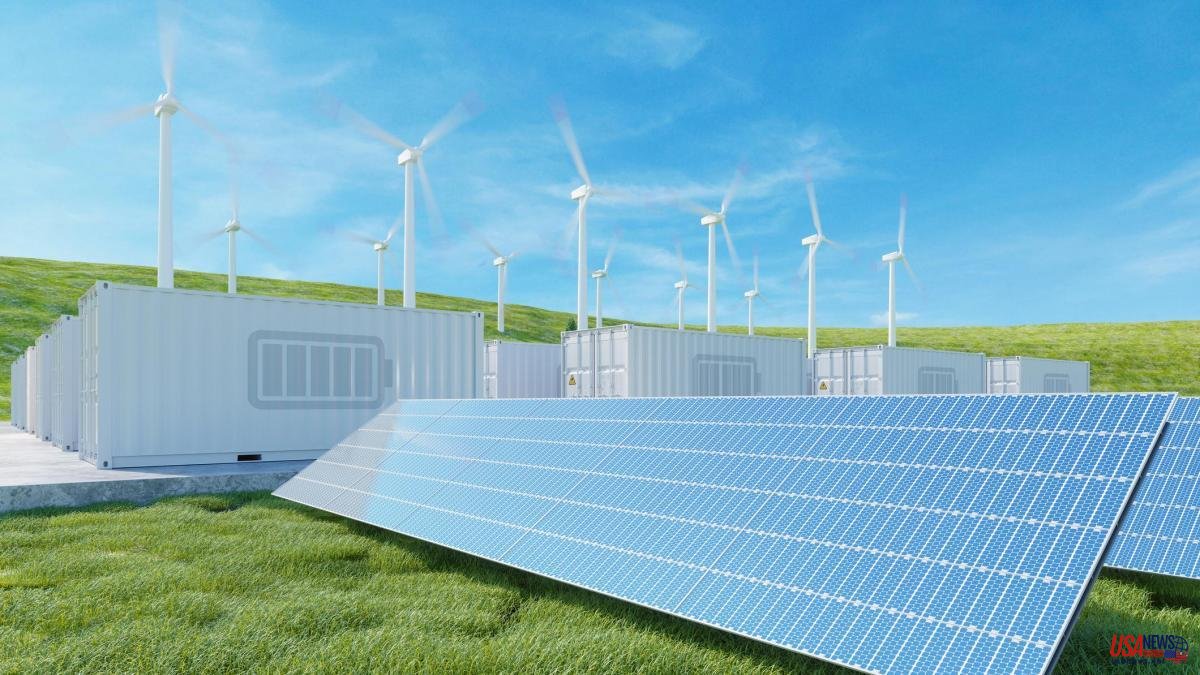 With pedagogy, and not without a certain enthusiasm, the chemist Gonzalo Abellán explains to his family and friends -and also to this journalist- that this is the first time in history that to explain chemical processes one does not have to go to the books, with a peek there will be enough for the Sagunt gigafactory, because "there all the technology will be one hundred percent chemical".

He tells, with motivation, that "this energy revolution of batteries is actually a revolution of chemistry, which has never been so well positioned to change society." Almost nothing.

And in this 'shock' to which the science in which he specialized is subjected, Gonzalo Abellán has a portion of history. With work and hours of study, he makes the dream of technology transfer tangible, the goal of every researcher.

Abellán has a degree in chemistry and is a specialist in nanotechnology and nanoscience. He is also a distinguished researcher of the Generalitat Valenciana's Gen-T plan and now also promoter of 2DMatch, an emerging company with a mission: to develop and market catalysts for the production of green hydrogen at low cost, from abundant and easily available materials. , in line with the strategic objectives of the European Union.

He works side by side with Eugenio Coronado, professor of Inorganic Chemistry at the UV and director of the Institute of Molecular Science (ICMol), one of the research centers that the President of the Government Pedro Sánchez mentioned in Sagunt on the day of the presentation of the gigafactory .

Also collaborating with Abellán is Toribio Fernández, founder of CIDETEC –a private organization for the collection, generation and transfer of electrochemical technologies–, as well as ICMol researchers Jorge Romero and Álvaro Seijas.

"One of the challenges now is to produce green hydrogen in large quantities of high purity, because it would not make sense for us to be burning coal to produce hydrogen, and that is done today," says the scientist. It is an important nuance because, he recalls, hydrogen "is green when the energy provided by the electrolyzer drinks from a renewable energy source, such as solar panels or windmills."

The business of which Abellán is a part arises after years of research: in 2013, while preparing his doctoral thesis, he came across the work of two universities that had published two studies on materials that he had been studying for some time, "and that had properties to obtain incredible hydrogen.

In 2018, after his doctoral stay in Germany, already in Valencia he wonders why no company sells these materials. "The way to synthesize them was easy in the laboratory, but producing them on a large scale was complex because big industry was not compensated." And they managed to patent it.

This past May 11 they signed with the rector of the University of Valencia, Mavi Mestre, the patent license contract and the support and recognition agreement as a spin-off of their company 2DMatch, which will have its headquarters in the Parc Científic de la UV.

Now, as an entrepreneur, he will bring to the market materials ("based on abundant and non-geostrategic metals") for the electrocatalysis of water and the production of renewable hydrogen. Due to the high availability of these, production costs are reduced, an important aspect in a new time for renewable energies.

The Valencian Community has had a Green Hydrogen Strategy since last January, when it was publicly presented, and it is about to be implemented, according to sources from the Ministry of Economy. Among its ambitious objectives, for example, that the ceramics industry -especially affected by the rise in gas prices, on which it depends so much- can cover up to 20% of its needs with this hydrogen or the collective challenge of achieving a production of 75,000 tons per year of green hydrogen from renewable energies, the nuance that Gonzalo Abellán correctly explained above.

The action plan of the Valencian Strategy is based on the needs of strategic and gas-intensive industries, such as ceramics.

The strategy will seek sustainable solutions for the port, mobility, refining and water treatment industries, among others. They are sectors whose economic impact, according to the Strategy, stands at 128,000 million euros and employ nearly 885,000 people in the Valencian Community, so finding solutions in the context of decarbonisation is essential. The goal, says the text, is to avoid the emission of 900,000 tons of CO2 from 2030.

To this end, the Valencian Strategy contemplates action, promotion, regulatory framework and technological development measures and lists existing funding mechanisms, such as the Valencian innovation research grants (from the AVI and IVACE, for example), as well as other European or state origin. But it also assumes that it will be necessary to "promote public-private collaboration" so that a local ecosystem is consolidated around this energy vector.

There are currently various initiatives on paper, such as the H2 Verde Sagunto project, promoted by ASECAM-Camp de Morvedre Business Association and valued at between 600 and 700 million euros to generate, store and use green hydrogen in the industrial sector of Sagunt.

The Valencia City Council and the UPV are also promoting the València Hydrogen Valley project to introduce green hydrogen into transport in the metropolitan area and the port of Valencia with an investment of 160 million euros. There are more projects, led by Vectalia, in Alicante or BP in Castellón, who recently signed a collaboration agreement with ASCER and the National Association of Manufacturers of Frits, Enamels and Ceramic Colors to join efforts in the decarbonization process.