From extremism to governing India and being the first party in the world: 180 million members

India is the largest democracy in the world. 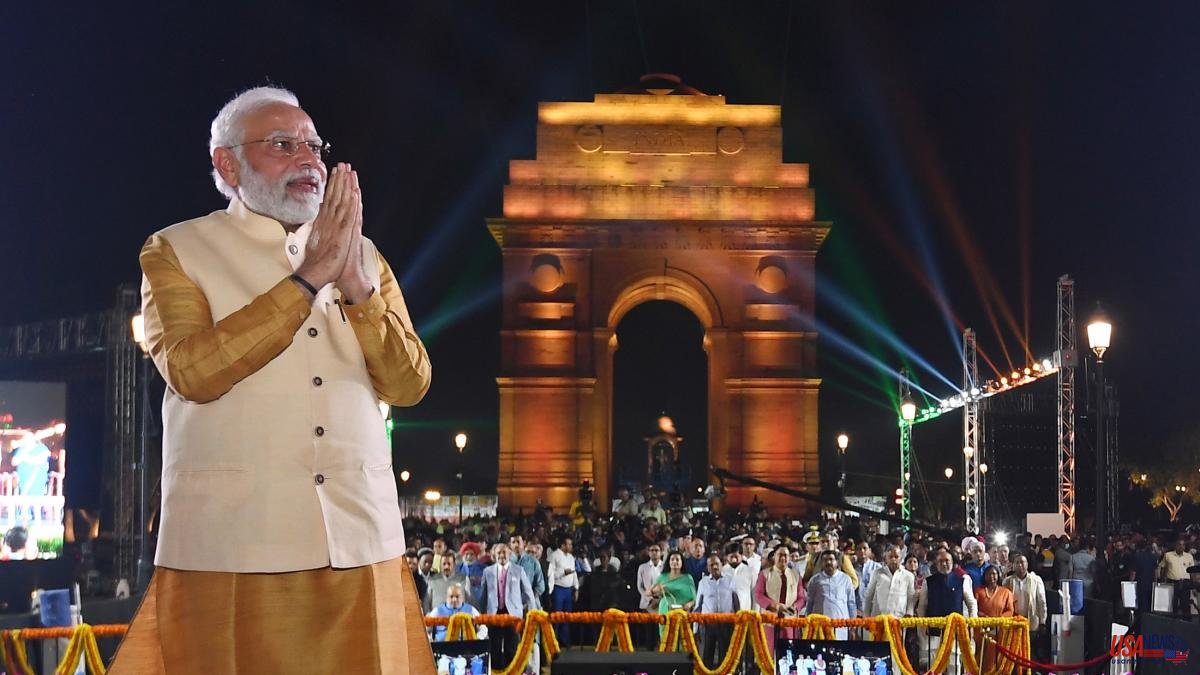 India is the largest democracy in the world. The “bad” news is that it also has the world's largest party, the BJP, whose membership of 180 million is nearly double the CP of China's (CCP)'s 95.1 million and the US Democratic Party's 48 million. A party that has governed since 2014 without opposition under the leadership of Prime Minister Narendra Modi, eight years in which militancy has increased fivefold. Democratic stability or danger of a more authoritarian drift?

Like the CCP, the Bharatiya Janata Party controls power and runs the economy in an overpopulated country but its legitimacy comes from the ballot box. An economy to watch closely: India will be the third largest in the world in five years, thus surpassing Germany and Japan, according to forecasts by Morgan Stanley. On the contrary, and coinciding with the hegemonic era of the BJP, India descends in almost all the rankings and indicators of democratic quality and freedom of information...

Since independence from Britain in 1947, India and its constituents have favored a big, strong party. Omnipresent. Multipartism exists but is little practiced. The Congress party was the most natural choice as a political expression of the movement that fought decades for independence. Dynastic and hereditary, the Congress ruled India for 51 years and 149 days, with an economic leadership bordering on socialism and an excessive weight of bureaucracy and clientelism, similar to that of another "heroic" model of decolonization (Algeria).

How did the BJP come to govern India and endow itself with a militancy that today touches the population of half of Europe? First of all, the stagnation of the Congress party and its economic planning, which consolidated the frustration: the promising India of 1947 did not finish capturing its power or accepting its contradictions (atomic bomb and famine). Far from the path of harmonization implicit in Congress, the Hindu BJP erupted in the late 1980s, unapologetically, to offer a radical (and labeled extremist) alternative: India for the Hindus. They bet on identity.

Emanating from a radical Hinduism with a long tradition but very fragmented, the BJP was founded in 1980, when the Congress was already showing signs of an exhausted formula. India and the Hindu religion are the same, their leaders proclaim, despite the fact that 14.2% of the 1.4 billion Indians are Muslims. Wherever there was a religious incident or a clash of coexistence -something common in India-, there the BJP raised its voice, a pioneering party in the polarization techniques that are so popular today. This radicality is adding small groups. Among them, the Shiva Sena (Shiva's Army) who said they were “proud” of Nathuram, the fanatic who shot Mahatma Gandhi.

Thus, the BJP launched in the mid-1980s a campaign to "reclaim" Ayodhya, a Hindu holy place where a mosque stood. Hostility towards Muslims was, basically, a good electoral hitch pennant. When this journalist interviewed the leader of the BJP, Lal Krishen Advani, in New Delhi in 1991, he received at the end a request that was as unusual as it was sincere: “Could you send me or recommend a book on the expulsion of Muslims in Spain?” . The fact seemed to him -so I perceived it- worthy of emulating in India...

Little by little, the BJP moderated its initial impetus and, as it emerged as an alternative to power in New Delhi, it began to focus on economic reforms and on combating the idea that beyond Hinduism, they had nothing to offer. BJP leader. Atal Bihari Vajpayee led coalition governments between 1996 and 2004, "quiet" enough to dispel the reputation of extremists capable of setting fire to religious and ethnic coexistence in India or creating tensions with neighboring Pakistan.

The key to membership success has a name of its own: Narendra Modi, the leader who clearly won the 2014 and 2019 elections. Between welfare measures and charisma, the voters excused him for the ineffective fight against unemployment and bought his argument that "sixty years of mistakes cannot be fixed in five". He asked the "poor" for time and got it to enjoy a perceptible economic improvement in his second term, very much on the path of China's overwhelming growth (GDP increased by 8.7% in 2021 and will be around 7% in the 2022).

Since the initial extremism, the BJP has been able to broaden its base. What began as urban Hinduism in the bastions of this religion in northern India has been spreading to rural classes and the women of those same feuds, highlights the political scientist Nalin Mehta in his book "The new BJP". And not just with words. Social, housing or health programs, gas subsidies, have benefited broad segments whose perception of well-being was relatively “cheap”. “They have changed the rules of the game (socially) and this is one reason why more women, particularly in rural areas, are voting for BJP,” Mehta estimates.

Being aligned on the winning side has helped affiliations increase fivefold in eight years –relatively easy if one goes to the BJP website-. Who doesn't want to be on the side of the winning horse in a country where subsidies often depend on the official on duty or personal connections? The Indian digital revolution and the widespread use of mobile phones - at reasonable prices - have been taken advantage of by the BJP leaders for successive affiliation campaigns. The aura of the BJP seems unbeatable today. And Narendra Modi cultivates a good relationship with the United States, which sees India as a potential replacement for China for certain economic activities.