Frenchman Ferron takes victory in the sprint before the Alps

Frenchman Valentin Ferron (Total Energies) won the sixth stage of the Dauphiné, a transition day between Rives and Gap, prior to the two high-mountain stages that will decide the race in the Alps. 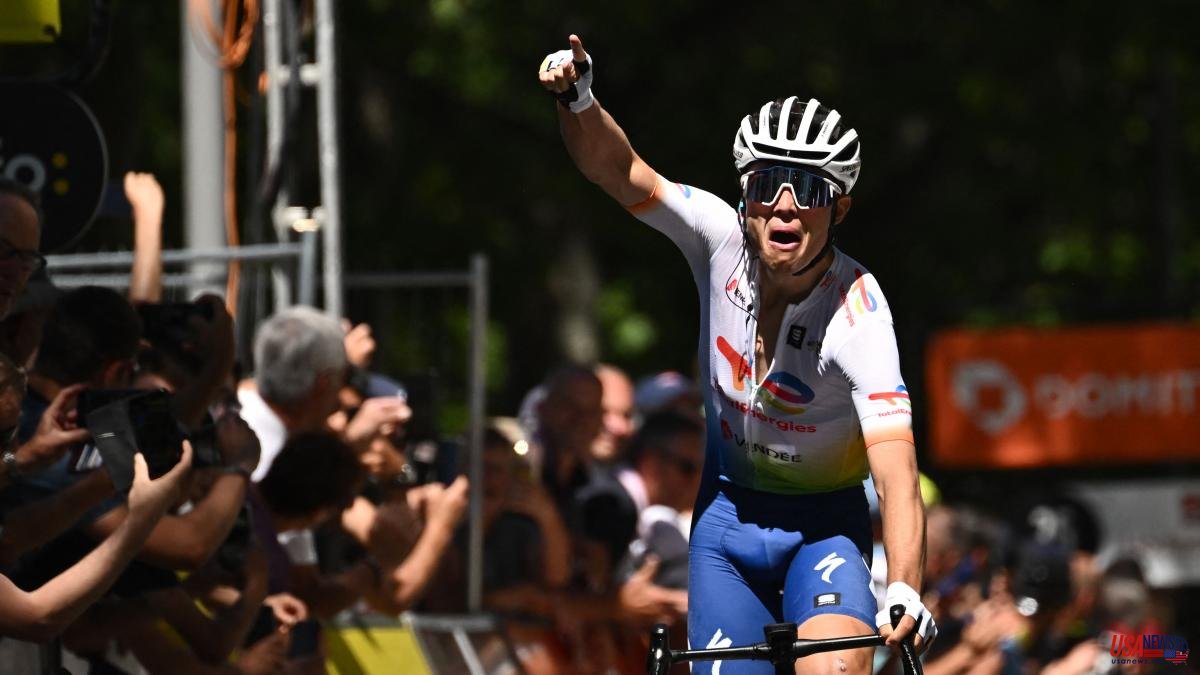 Frenchman Valentin Ferron (Total Energies) won the sixth stage of the Dauphiné, a transition day between Rives and Gap, prior to the two high-mountain stages that will decide the race in the Alps. Wout Van Aert (Jumbo Visma) kept the yellow jersey and maintains a considerable difference over Mattia Cattaneo (Quick Step), at 1.03 minutes, and Primoz Roglic (Jumbo Visma), at 1.06.

Ferron (Vienne, 24 years old) was the fastest in the reduced sprint of six runners who staged the break of the day and who reached the finish line with the faraway peloton. The Total Energies broker exhibited himself before his compatriots Pierre Rolland and Warren Barguil. Due to his speed and power, he won the stage without giving his pursuers any chance. The peloton with all the favorites entered the finish line at 32 seconds.

This Saturday the seventh stage will take place, between Saint-Chaffrey and Vaujany, of 134.8 km. The first of the two days that will pass through the Alps and that must decide the winner. To begin with, the peloton will face two special category ports and one second category. The Col de Galibier (with an average drop of 5.1% over 23 kilometres) and the Col de la Croix de Fer (with a drop of 5.2% over 29 kilometres) preside over the day.

The end will also be explosive, in a second class port, the Vaujany, 5.7 kilometers at 7.2%, but with very hard ramps, some of them reaching 12.5%. The final fireworks for a very hard and transcendental day.