Large and circumspect, Fred Kerley (27) smiles and blesses everything. 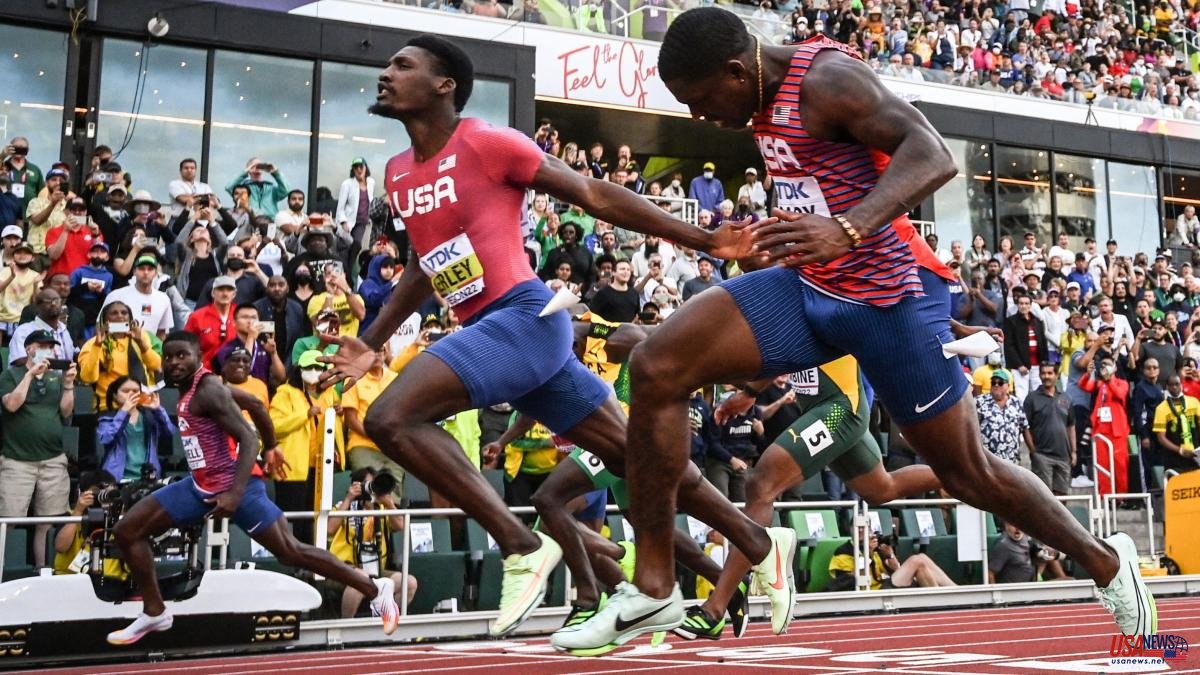 Large and circumspect, Fred Kerley (27) smiles and blesses everything.

Meme is her Aunt Virginia.

Virginia is 66 years old and still takes care of dozens of children, the children who live in her home in San Antonio.

Fred Kerley had been one of those kids at Meme's hands. It had happened in the mid-1990s, when he was a two-year-old, a helpless creature in the world because his father was a convict and his mother "a woman who got into trouble," she says.

Fred and his five brothers had gone to live with Meme. They had done it and a dozen other cousins ​​had done it.

-We got to be fifteen kids in a room. But we were happy. Meme has raised 26 children in her home. I think of her every day. If it wasn't for Meme, I wouldn't be who I am.

And who is Kerley?

The new king of world speed, the new icon of American athletics, as proud as he feels now, with the triplet he signed on Saturday afternoon in Eugene (Oregon). That was the order of 100: Kerley (9s86), Marvin Bracy (9s88) and Trayvon Bromell (9s88, two thousandths behind Bracy).

Fred Kerley is the serious guy who blesses everything, because that's how his Aunt Meme had raised him.

Masses on Wednesdays and Sundays. Religion at the center of his life. Religion as a spiritual tool.

When we spoke to Kerley in the bowels of Hayward Field and reminded him that this is the third American 100 hat-trick in World Cup history, after Helsinki 1983 and Tokyo 1991, always with Carl Lewis at the center of the podium, Kerley replies:

And it shows the tattoo that looks on the arm. It's Psalm 104.

And he has more tattoos, up to twelve (among them, the name of Meme), because that's what many kids in the neighborhood did, they were looking for a friendly tattoo artist who marked their bodies for a reasonable price, not for the 200 euros that the professionals asked for.

-Meme never knew that I tattooed. She tattooed me in hidden places on the body. They were our pranks. Now it is my way of expressing myself, of speaking to myself.

Today, Meme knows all that, of course. She knows that her nephew has her name on her arm. She knows, too, Kerley's parents, the convict and the mother who "gets into trouble," characters who have not traveled to Eugene but with whom Kerley, she says, speaks daily.

– And what are they talking about?

-From the past and the present. I am an adult who can maintain a relationship with both. They haven't been able to come to Oregon, but I'm sure they're happy with my success.

Fred Kerley's success is strange, one might say contradictory. Kerley is coming from the 400m: in his day, he had been a superb lap specialist. He was running in 43s64. Enough to take the bronze at the 2019 Doha World Cups.

–But I haven't abandoned the 400. I'm still working on that distance. The thing is, people want to meet the fastest man on the planet. And that's the 100 champion. That's why I dropped away.

-If God allows me.