Festival of Messi, Mbappé and Neymar; Juventus eliminated from the Champions League

Night of great goals this Tuesday in the Champions League. 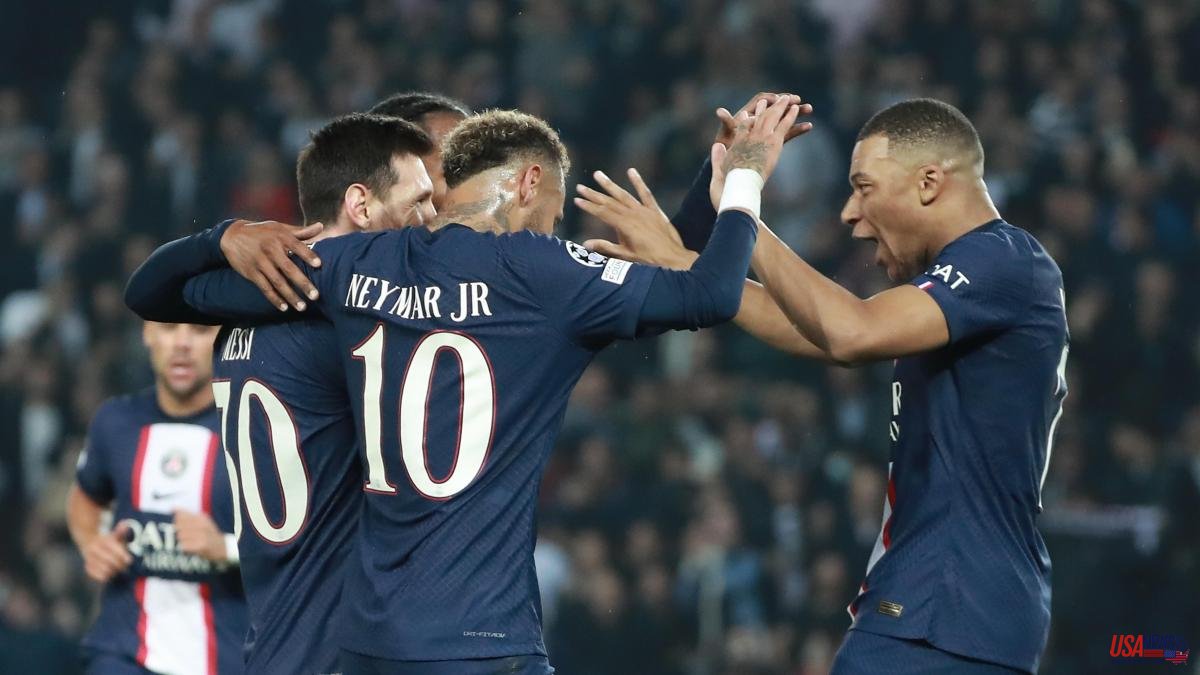 Night of great goals this Tuesday in the Champions League. Up to 33 goals were seen in half of the matches on the fifth day, with several teams that managed to qualify for the round of 16, and others that said goodbye to the continental competition.

Group H livened up the day with 16 goals in two games. In PSG-Maccabi Haifa, the Parisians scored seven goals and certified their pass to the round of 16 at the expense of Maccabi Haifa, a weak rival who could do little to stop the inspired local trident (7-2). Messi and Mbappé, twice, Neymar, Carlos Soler and Goldberg in their own goal were the protagonists in front of the goal.

In the other group match, Juventus were eliminated in the Champions League group stage for the first time since 2013. La Vecchia Signora were bound to win in Lisbon, but could not even score points against a superior Benfica who scored four goals in the first 50 minutes. The Italians could only make up the score in the final stretch (4-3).

Chelsea and Milan put things in their place on the penultimate day. After suffering during the group stage, they asserted their status as favorites to advance to the round of 16, in the case of the English, and face classification, in the case of the Italians. Graham Potter has revived Chelsea just in time. After adding a point in the first two days, the blues have chained three wins that has allowed them to qualify as first. In Salzburg, Kovacic and Havertz, with two beautifully made goals, left Adamu's goal to nothing (1-2).

For its part, the Rossoneri thrashed Dinamo Zagreb without opposition. Gabbia, Leão, Giroud from the penalty spot and Ljubicic's own goal signed the goals in Croatia (0-4). A point at the San Siro against Salzburg will be enough to advance round.

Sevilla was left out despite their thrashing of Copenhagen due to the goalless draw between Borussia Dortmund and Manchester City (0-0). Haaland could not continue to expand his legend in the highest continental competition. The one who was closest to Guardiola's goal was Mahrez. However, the Algerian winger saw Kobel save him from a penalty in the second half.

In the group for Madrid, who lost their first game of the season against RB Leipzig, a second-half goal from Mudryk kept Shakhtar Donetsk alive. The Ukrainians drew in Scotland against Celtic, who had gone ahead thanks to a goal from Giakoumakis. Shakhtar depends on itself to get into the round of 16: for this they must beat Leipzig on the last day.