The collapse of the largest European airports has caused the cancellation of 2% of the flights that European airlines had scheduled for next August, a total of 15,788, according to a report prepared by the consulting firm Cirium. 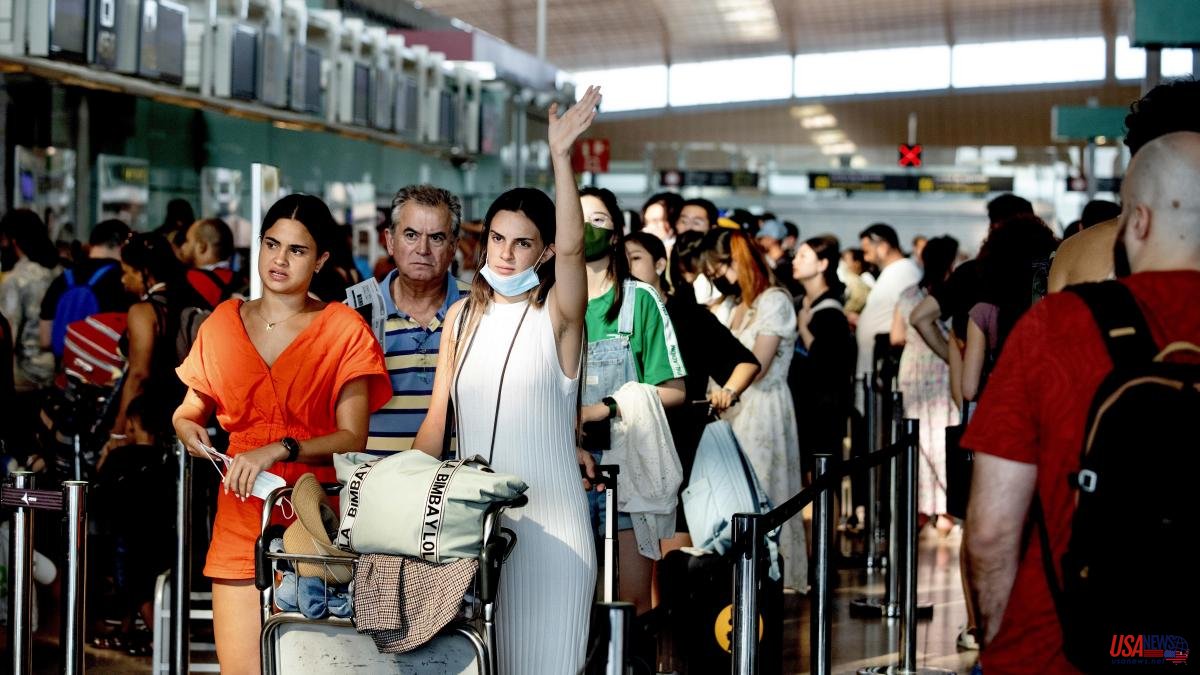 The collapse of the largest European airports has caused the cancellation of 2% of the flights that European airlines had scheduled for next August, a total of 15,788, according to a report prepared by the consulting firm Cirium.

The study does not detail the most affected countries but in Europe, "the most affected airports will be those of the United Kingdom, the Netherlands and Germany, while in Spain the incidence will be very limited," say sources consulted by the Airline Association ( TO). The employers assure that the cancellation of flights is explained as a result of the shortage of personnel in the large airports of the continent. In the United Kingdom, the airport authorities at Heathrow and Gatwick have forced to limit the entry of daily passengers on the same line as the Dutch airport at Schiphol. While in Germany, Lufthansa has canceled hundreds of flights in Munich and Frankfurt due to staff problems in flight check-in.

“These airports have not been able to adapt to the rapid recovery of travel after the stoppage of the pandemic. They laid off security and support staff and are now having difficulty finding and training them. On the other hand, in Spain, the temporary layoff mechanism of the ERTE has made it possible to save the season, ”say these sources.

By airlines, the consultant's report ensures that Turkish Airlines is the company with the highest number of cancellations in Europe, with 4,408 flights, half of them in Istanbul and a quarter in Russia. British Airways followed with 3,600 cancellations, Easyjet (2,045), Lufthansa (1,888) and Wizz Air (1,256).

In Spain, the impact of cancellations will be minimal but its airports are not exempt from conflict. Since the end of last month, the main airports have faced strikes by Ryanair and Easyjet crews, who are demanding improvements in working conditions. Yesterday, strikes by the employees of both companies coincided, called by the USO and Sitcpla unions.

In line with the days of previous strikes, the impact was limited. At Ryanair, 22 flights were canceled and 187 delays were recorded, just 1% of the total. For the week as a whole, canceled flights totaled 60, and delays 867.

The unions lamented the unwillingness of the companies to sit down to negotiate with the workers. In addition, USO has been denouncing Ryanair's retaliation against mobilized employees for days. According to the union, the company has unjustifiably dismissed a dozen crew members in different air bases in the country.