Erdogan regrets the US blockade of Cuba together with Díaz-Canel 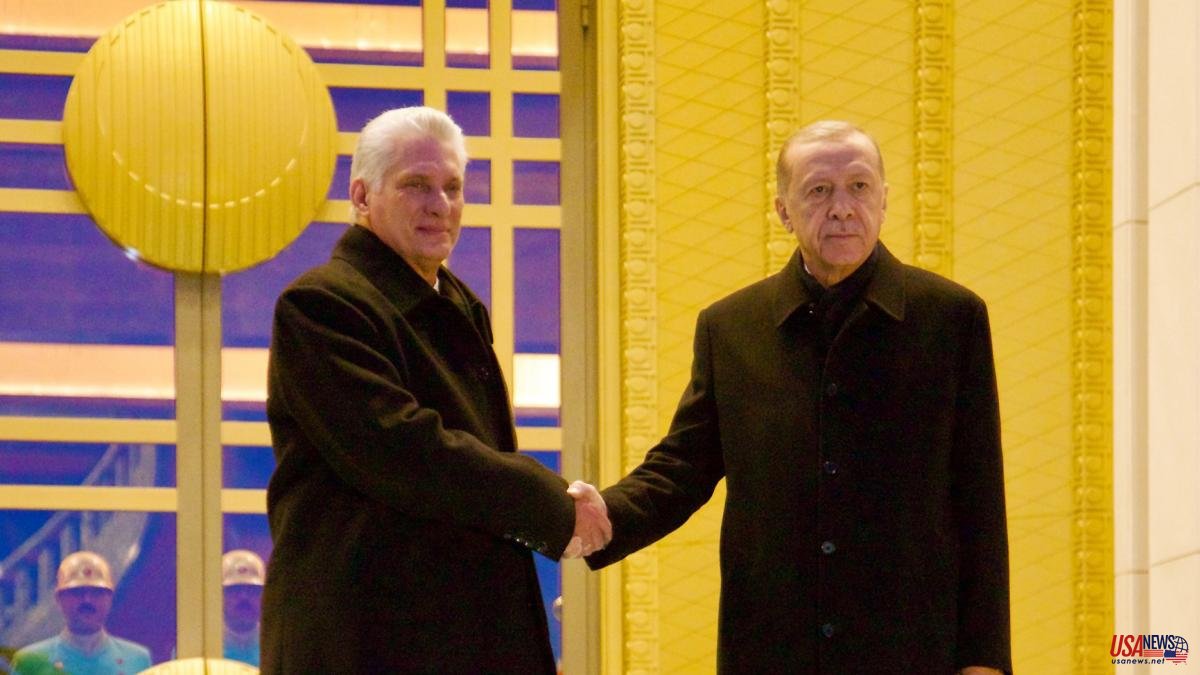 Turkish President Recep Tayyip Erdogan received his Cuban counterpart, Miguel Díaz-Canal, in Ankara today. Both leaders have proposed to "quadruple" bilateral trade. Erdogan, however, has regretted that relations are below their potential because of the US sanctions on the island.

The head of state of Turkey has exhibited his willingness to repair ties with those who were enemies during the Cold War, such as Russia and Cuba, proof according to him of the independence of foreign policy under his mandate.

Diaz-Canel's visit to Turkey is the first by a Cuban leader since Fidel Castro's visit to Istanbul in the mid-1990s. Erdogan, for his part, set foot on the Antilles in 2015. Since then, their respective foreign ministers have exchanged visits, who met again today, in the company of their colleagues from Finance, Energy, Tourism or Health.

This high-level visit - the most important of a Cuban delegation abroad since before the pandemic - also celebrates the seventieth anniversary of the establishment of relations between Ankara and Havana. This pretext has served to include the second most populous country in NATO in a highly connoted political itinerary, which began in Algeria and will end in China. Before landing in Ankara, Díaz-Canel also inaugurated an evocative statue of Fidel Castro at Sierra Maestra in Moscow, next to Vladimir Putin.

At the moment of greatest nuclear tension since 1962, this Wednesday's meeting has added symbolism, since Cuba and Turkey were the scene of that Missile Crisis, which was resolved when Khrushchev and Kennedy agreed to withdraw them from both countries. , after placing the world on the brink of the abyss.

As an anecdote, during his visit to the mausoleum of Mustafa Kemal, Atatürk, Díaz-Canal wrote in the guest book that the Turkish general had been "a great inspiration for Commander Castro." In any case, Turkey's economic relationship with the communist island is of much less intensity and volume than the one it maintains with the Venezuela of Nicolás Maduro. As a result of the coronavirus, in addition, Turkish Airlines flights between Istanbul and Havana -direct or via Caracas- were suspended and have not been recovered.