Positive quarter for employment in Spain, in the midst of energy problems, rising business costs, runaway inflation and with the war in Ukraine in the background. 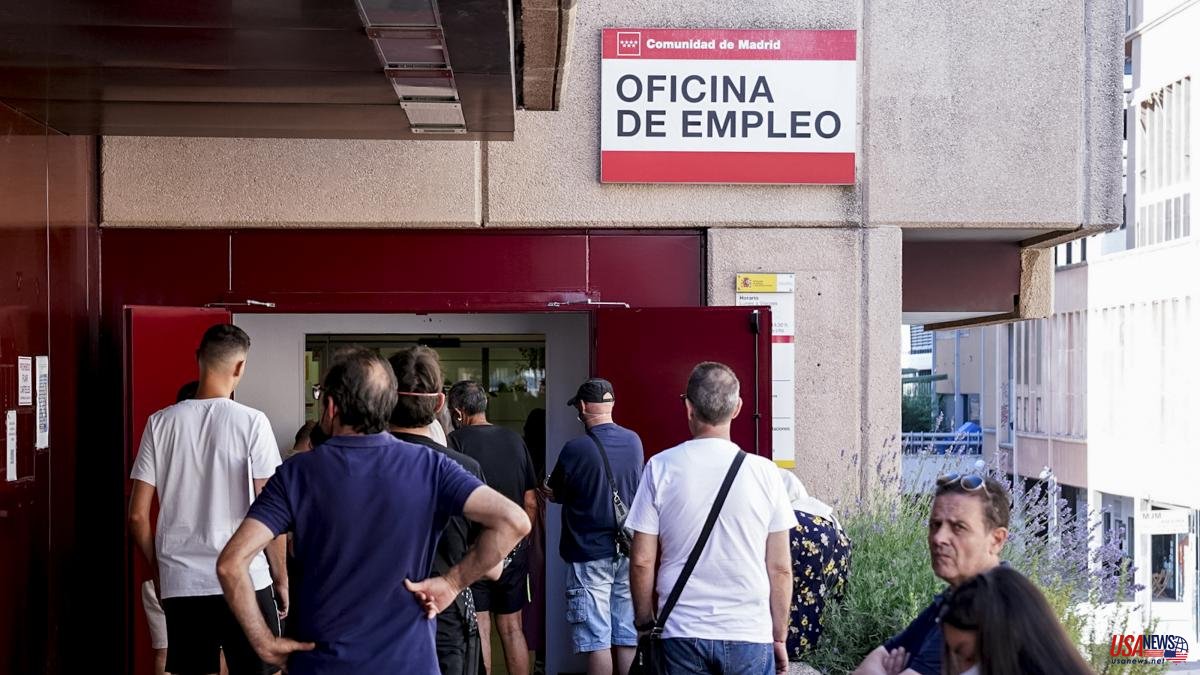 Positive quarter for employment in Spain, in the midst of energy problems, rising business costs, runaway inflation and with the war in Ukraine in the background. From April to June, 383,300 jobs were created, bringing the total number of employed to 20,468,000, a maximum since the end of 2008, according to data from the Active Population Survey (EPA) published this Thursday by the INE. The unemployment rate fell to 12.48%, 1.2 points less than the previous quarter and the lowest since 2008.

The cold figures, thus, draw the best picture since the Great Recession. With 255,300 fewer unemployed, the number of unemployed remains at 2,919,400, below three million for the first time since 2008. "In a quarter that was thought to be the most complicated due to the economic consequences of the war, the data reflects an excellent behavior of the Spanish labor market, with a very intense and high-quality job creation", valued the Secretary of State for Economy and Business Support, Gonzalo García Andrés, when presenting the data.

"The assessment is positive. Employment increases, the unemployment rate decreases, in line with the registration data. The economy -waiting for the GDP evolution data for this Friday- is behaving better than other European countries due to the recovery of tourism," says María Jesús Fernández, senior economist at Funcas.

The statistics collect from April to June, taking spring and the beginning of summer, a time to which once again the recovery of the economy and the boost in employment have been entrusted, with tourism as a boost. Employment advances at a rate of 4% per year. "There is a small decrease from the previous 4.6%, there is growth, but it is slowing down," warns Javier Blasco de Luna, from Adecco.

The private sector stimulated the market. Contracting in companies grows with 397,600 new jobs, while public employment loses 14,300 employees. Self-employment grows by 10,000 people: "In the last year growth has been practically zero -600 more self-employed-. They are not lost, but they are not created either, which makes us venture that in the next quarter there will already be a destruction in the group", affirms Lorenzo Amor, president of ATA.

Regarding the quality of this employment, 616,700 permanent jobs were added in the quarter -the bulk of the 1.08 million generated last year-, while temporary ones fell by 241,300. After the labor reform, "we see a very significant change in the pattern of creating permanent and temporary employment, which was one of the objectives, and the beginning of the end of precariousness," said García. The vision is shared from the unions. "There has been a substantial improvement in working conditions as a result of the labor reform and the greatest increase in the SMI in recent years," according to Mari Cruz Vicente, secretary of union action and employment of the CC.OO.

From the Government the weight that indefinite contracts are having on the total number of contracts has been highlighted month after month. "Temporary employment has dropped to near historical lows, at 22.3%. Similar data is only seen in 2013 (21.9%) or in the pandemic (22.4%), since in crises it is the temporary the first workers to adjust. But it is still too early to assess the effect of the reform because we do not know if the process of transferring from temporary to permanent employment has finished," says Fernández. "The notable drop in temporary employment gives way to an increasingly stable and secure job," they comment from UGT.

The arrival of summer shows where more work is created. By sectors, services is the great tractor, with 320,200 jobs, followed by industry, with 79,500, and construction, with 21,900. On the opposite side, it falls in agriculture, with 38,400 fewer employed persons.

About what is coming, caution. "We expect a significant slowdown in the last quarter. Economically, but also in employment. The risk of recession will depend on the supply of gas or other unexpected factors due to the war in Ukraine," they value from Funcas.

"From June to August, the slowdown that could derive from uncertainty, from the crisis, from inflation, is being tempered by the evolution of tourism. We have to see how contracts and affiliation behave once the summer is over" , they detail in Adecco. "Autumn can be a tough time, we will have to be prepared so that the data on unemployment, employment and the self-employed are not so positive," they agree from ATA.