Employers and unions cry out against low investment in Catalonia

Catalan civil society came out yesterday in a storm to protest the lack of State investment in Catalonia and the negative consequences it has for economic development and competitiveness. 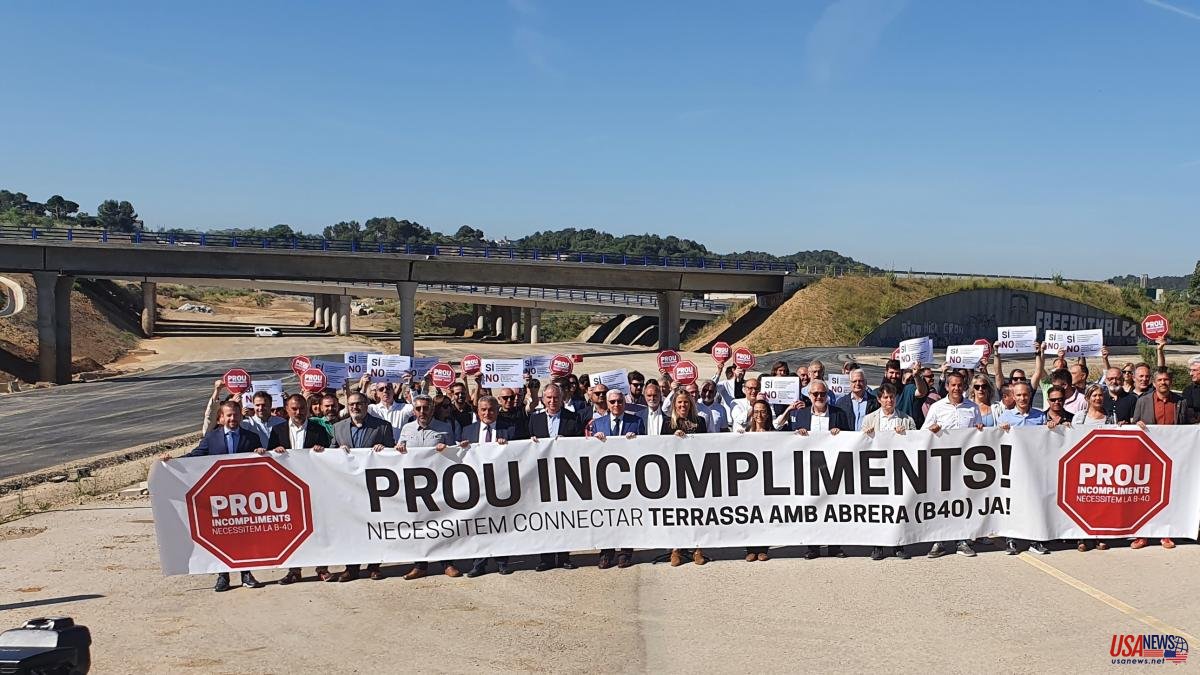 Catalan civil society came out yesterday in a storm to protest the lack of State investment in Catalonia and the negative consequences it has for economic development and competitiveness. Last year only 4 out of every 10 committed euros arrived, while in Madrid 18 out of every 10 planned were invested. The State invested 740 million euros in Catalonia while in Madrid it was 2,086.

The employers' associations Foment and Pimec, the Cercle d'Economia, the Chamber of Commerce and the CC.OO. and UGT agreed yesterday on the urgency of ending the investment deficit in Catalonia. The country's main economic and social agents fear the negative consequences of this lack of resources for economic and social development.

The low budget execution is a constant, but last year the PSOE-Podemos coalition government stopped spending the highest percentage since the figures were analyzed. The Government spokeswoman, Patrícia Plaja, said that the Generalitat has sent three requests to the Minister of Territorial Policy and President of the Generalitat-State Bilateral Commission, Isabel Rodríguez, to the Minister of Transport, Raquel Sánchez, and to the Government delegate in Catalunya, Maria Eugènia Gay, asking for explanations about the low execution. Precisely Sánchez declared yesterday in Barcelona that "Catalonia is the community where the most money has been invested" by her ministry, reports José Polo. From Madrid, Minister Isabel Rodríguez argued that in all the tenders there have been “two difficult years” in which “the world and the economy stopped” due to the pandemic.

In the case of Catalonia, the low execution is basically explained by the minimal investment of public companies such as Adif, Renfe, Enaire and Puertos del Estado with respect to what was promised. At the same time, in Madrid the degree of investment remained high, especially those derived from the capital effect of the State and the best infrastructure connections. Last year Madrid invested 191 million in the rescued radial toll highways without it being foreseen in the budgets. The Ministry of Economic Affairs also invested 157 million in unbudgeted works in the Treasury or in the Ministry's own building on the Castellana in Madrid. Another of the most outstanding items was that of Renfe Operadora, which invested 352 million compared to 91 million in Madrid. Renfe sources said that it was fundamentally due to the purchase of some AVE trains.

Both the businessmen and the unions said that, more than the comparison with other territories, it is necessary to analyze why the money committed to Catalonia does not arrive since, in addition, it is a process that is repeated year after year. The Foment employers' association recalled yesterday that "from 2013 to 2021 the State has stopped investing 40% of what is committed to the budgets." A Foment report confirms that in some cases the Government had come to record the same work in up to 15 different budgets because it was never executed. “It is necessary to speed up investments in infrastructures and not penalize them”, adds Foment.

Pimec insisted that "the competitiveness of companies depends directly on the level of public investment in improving infrastructure". The employers demanded "a call for dialogue and commitment to execute these budget items as soon as possible."

Along the same lines, the president of the Cercle d'Economia, Javier Faus, demanded yesterday that "a commission be formed to investigate why this situation is happening" in an objective manner. "For the Cercle and for me as president, this situation is incomprehensible and intolerable," he said. Faus recalled that the Cercle's commitment to the Madrid-Barcelona co-capital and to decentralize the State requires investments in the periphery.

From the Chamber of Commerce, its president, Mónica Roca, described as "mistreatment" the attitude of the Government towards Catalonia, the Catalan companies and rebound each and every one of the workers of these companies. “Why does a person in Catalonia have to receive an investment of 15 euros for his commuter train, while someone from the state capital receives 100?” he lamented.

The unions were also very critical. Javier Pacheco (CC.OO.) warned that low investment is a "ballast for the development of the economy" and requested transparency. Camil Ros (UGT) warned that "investment defaults are actually cuts that we probably need." In his opinion, they clearly have consequences on the economy.