Elísabet Benavent: "The romantic novel is in vogue and I like that it loses that ballast of minor literature"

Since she began her adventures in the literary world, Elísabet Benavent (Valencia, 1984) has been linking one success after another. 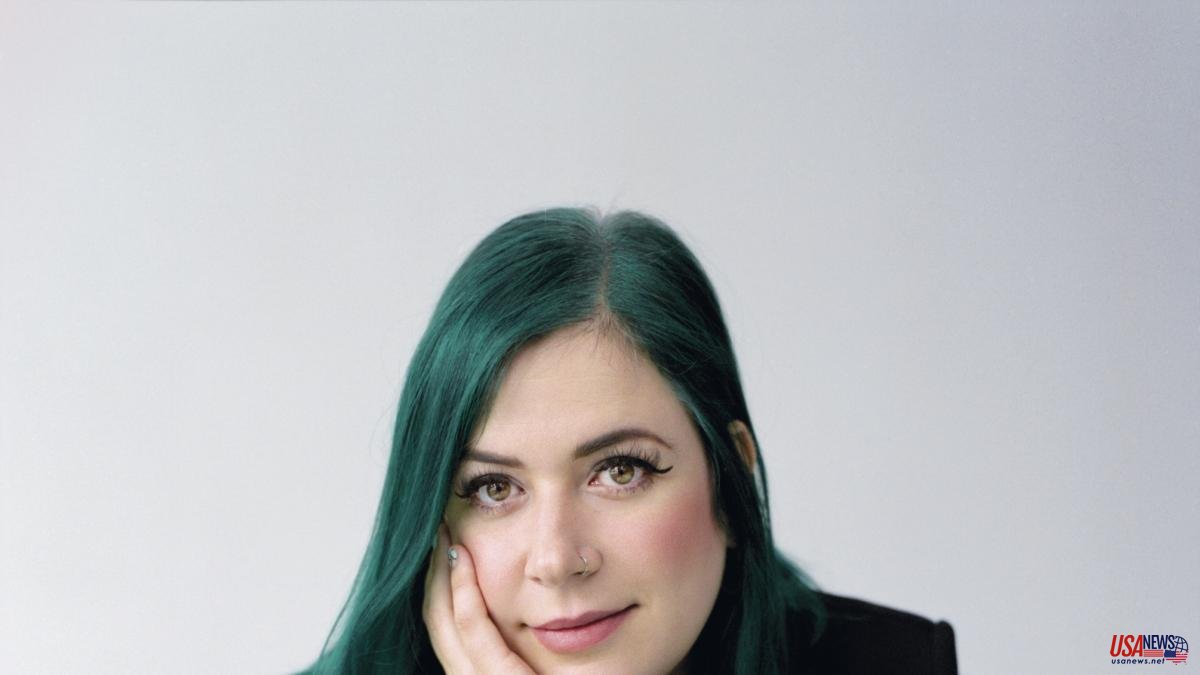 Since she began her adventures in the literary world, Elísabet Benavent (Valencia, 1984) has been linking one success after another. Her career began to stand out with the Valeria saga in 2013 and since then the Valencian has had twenty novels, two non-fiction books and the adaptation of two of her works to audiovisuals. A journey that translates into more than 3,500,000 copies sold. Now he returns to the bookstores with a novelty, All those things that I will tell you tomorrow (Sum of Letters), with which he tries to “leave my comfort zone and explore the margins of the romantic novel adding the odd tint of science fiction ”, as he advances to La Vanguardia.

It is the story of the deputy director of a fashion magazine and her ex-partner. Of Miranda and Tristan. Or Miranda, actually, because Benavent has always made women the main protagonist of his stories. She does not rule out, however, turning the tables in the future, although she already anticipates that it will not be in her next book: "She is still an embryo but I am clear that she will have a very powerful female protagonist." Of course, she admits, "one should never say never since that would be putting on shackles."

In her new book, the writer wonders if you can be true to yourself when what is at stake is love and explains that in its pages she also talks about "the grieving process, which is something that in many cases we do not internalize . We live in the tyranny of immediacy and we want even losses to pass quickly."

As far as technical issues are concerned, he acknowledges that “this book has been quite a challenge”. Benavent has proposed a story of jumps in time that hilariously and randomly reconstructs the stellar moments of a couple's relationship. "A seemingly simple approach but nothing simple as it requires special concentration and total control at all times of the internal temporality of the novel." The result of this is that “the story gives no respite to the protagonist going through natural processes because she jumps from one point to another”.

It is a self-contained novel, so the Valencian already anticipates that "it will not have a second part". What she does say is that "once finished, I have gotten the bug to continue exploring a little in terms of subgenres within the romantic novel." In this sense, he applauds the versatility of the genre and “how much it has been consolidated in Spain in recent years […] The romantic novel is in vogue. And I like that little by little we get rid of this ballast of minor literature”.

In this sense, he regrets that there is “a lot of condescension. It makes me quite angry because it has always been said 'written by women and for women' and it seems that since it is a minority product it has to be bad. He insists that “literature has no genres. It is an open world without prejudice that everyone can approach.”

During the interview with this medium, the author has also been honest about her fears. “It distresses me a lot to run out of ideas. That's why anything that comes to mind, as silly as it may seem, I write it down because maybe it's the prototype of something. Although I have it easy because around me I have lives that exceed fiction. I'm taking from here and there. I am a great thief of other people's lives.

In addition, he confesses his “obsession with consolidating a career and not losing what I have been building for nine years. It is a very volatile world of literature. But what horrifies me the most is that someone closes my book and considers that they have wasted hours of their life. My books have no other claim than to entertain. It seems to me that it is something very necessary today with the things that happen. So if one day they stop doing it, I would have to rethink my profession.”

She considers herself a faithful defender of fiction since "it is a tool that allows us to understand the world and chew many realities" although she admits that "I never thought I could dedicate myself to this completely. There are less than 150 people in Spain dedicating themselves exclusively to writing. I feel privileged." She began to consider it after her first book as “I fell a little in love with the process. It is wonderful. It was a discovery and it was clear to me that I wanted to do this for the rest of my life.”

Although for this to be possible, sometimes she stops being Elísabet to put herself in the shoes of Betacoqueta, her pseudonym. “We are the same person, but Beta is my most social side. The same person can feel comfortable exercising different roles. Beta is the one who feels at home when it comes to social issues and Elísabet is the one who starts screaming when she sees too many people at a book signing or a presentation, but we both write […] I always joke with the editorial people when I have to take photos and videos. I tell them that it sends noses that I look for a job that I love, that it has its point of solitaire and of being on the computer and that in the end I have to expose myself that way from doors to the outside.