eight years in a coma

Born in Barcelona on April 17, 1939, Miguel Martínez Febrer was a plant footballer, a closing midfielder or a good defender. 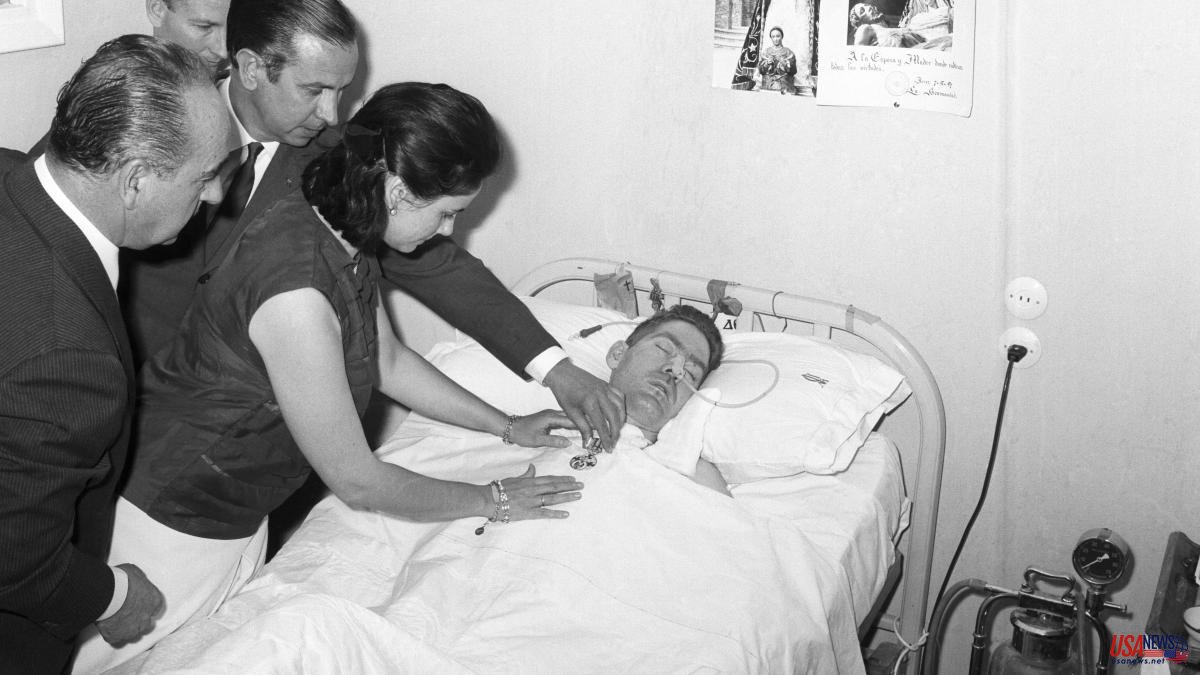 Born in Barcelona on April 17, 1939, Miguel Martínez Febrer was a plant footballer, a closing midfielder or a good defender. Meter eighty-two, 75 kilos, redhead, he began to stand out at Granollers at the age of 17, moved to Sabadell and reached the Second Division with Condal in the 1958-59 season. There he coincided with Manolo Sanchis, later a Real Madrid star, with Celdrán, Torrent and also a brother of Juan Manuel Asensi, Francisco, nine years older than the one who was a Barça star.

In the summer of 1959 Martínez even played some friendlies with the Barcelona first team. At Les Corts against Monaco (Michel Hidalgo, future France coach, played there) and against Feyenoord. Then at the Camp Nou, against Corinthians. He aimed high, but the lottery for military service changed his life. He played Marina, in Cádiz, and went on to play on loan at San Fernando, also in Second. He met his future wife, Josefa Marqués, and finally ended up at Betis, where he played from 1962 to 1964. A sensational Betis that with Balmanya on the bench finished third in the League 63-64. Luis Aragonés, Eusebio Ríos, the former Blaugrana Andreu Bosch, the Basque striker Ansola, later a figure for Valencia and Real Sociedad, played there...

Shortly after, Atlético de Madrid took four Betis players for eleven million pesetas: Colo, Luis, Matito and Miguel Martínez, who was then 25 years old. His life smiled at him, his wife was expecting a first child and the drama came. Atlético incorporated Martínez into its South American tour in July 1964 and on the 11th, in Montevideo, Martínez suffered a "sudden acute cerebral attack", according to the chronicles. He went into a coma and was hospitalized, a tracheotomy and lumbar punctures were performed, without result.

On August 2, he was transferred to Madrid and was admitted to the Concepción clinic, where the prestigious neurologist Sixto Obrador diagnosed an incurable mesencephalitis. Martinez never regained consciousness. He died 8 years later, on September 28, 1972, in the same Madrid clinic. He was 33 years old and had a son, Miguelito Martínez Márquez, who came to play in Segunda B with San Fernando.

The long illness of the Barcelona footballer and the personal drama of his young wife moved the world of Spanish sport, which never forgot Martínez. Atlético kept the commitments signed until the end of the contract, in June 1967. A national televised tribute was then organized, a match between Atlético and a Spanish team, with an honorary kick-off by Miguelito, to raise funds for the footballer's family .

On the same day of the tribute, Juan Antonio Samaranch, National Sports Delegate, awarded the soccer player the silver medal for sports merit and guaranteed that the DND would cover future clinical expenses. The zero row of the tribute was a success and even more: at the initiative of the Catalan journalist Morera Falcó, the zero seat of the zero row was created, with which thousands of fans from all over Spain collaborated and the stadium's revenue tripled, which did not register half entry.

Martínez's unexpected illness also uncovered the poor medical control of Spanish football. His teammates Colo and Luis explained that he had already had some "similar attacks" at Betis, but that they had not been given much importance. An "epileptic crisis" was recalled and above all a serious warning at the Camp Nou, in the Barça-Betis de Liga match on September 23, 1962. After a collision, Martínez was affected and lost consciousness during the break. He no longer played the second half and his coach, none other than the famous Daucik, explained naturally that he “has suffered a concussion that kept him unconscious until shortly before the end of the match. But he has already recovered.”

Nothing prevented Martínez from continuing in the starting lineup the following Sunday. And many more... until the fatal accident in Montevideo. It is now 50 years since his death, due to "a kidney complication," he explained. He spent 8 years, 2 months and 17 days in a coma. In 1976 his widow filed a lawsuit against Atlético, Betis and official bodies for the case to be considered a work accident. Unsuccessfully.