Drought in Iraq brings forth a 3,400-year-old city on the banks of the Tigris

Water levels in the Tigris River dropped to alarming levels earlier this year due to extreme drought in Iraq. 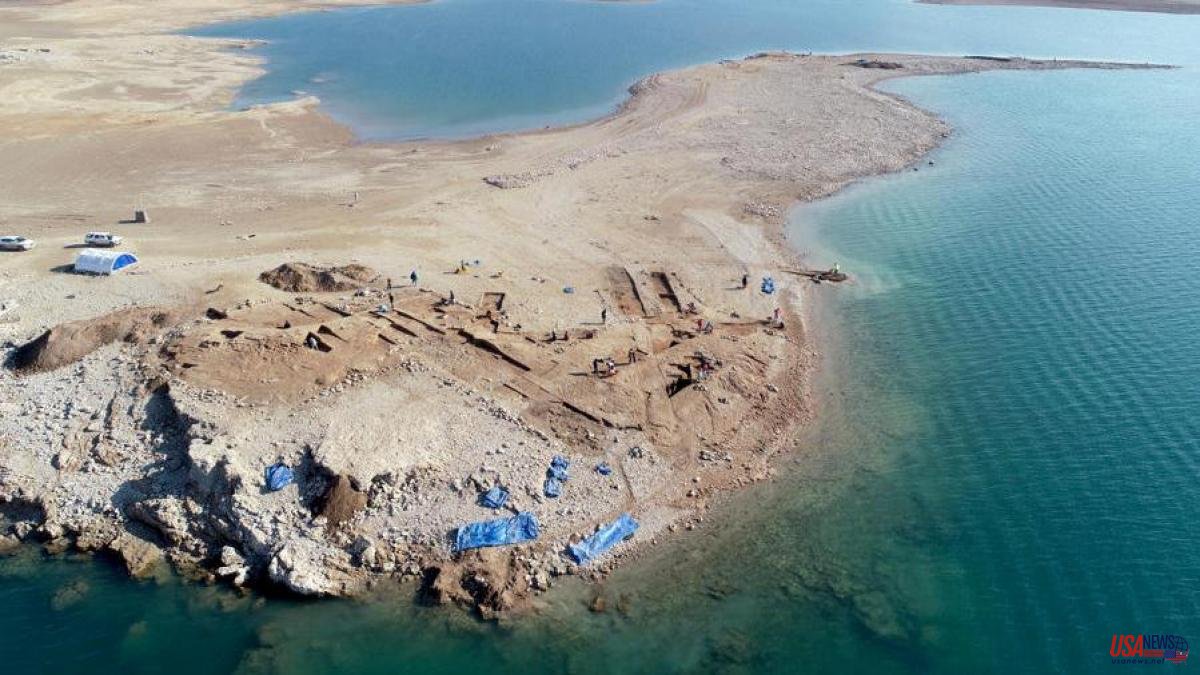 Water levels in the Tigris River dropped to alarming levels earlier this year due to extreme drought in Iraq. The country was dying of thirst due to the climate crisis, the lack of infrastructure caused by decades of political instability and the hydrographic difficulties generated by neighboring Turkey and Iran that are affecting millions of people residing in the territory of ancient Mesopotamia.

The lack of water, however, also caused an unprecedented find. An ancient city of the Mitanni Empire emerged from the banks of the Tigris, built some 3,400 years ago near where the Mosul Reservoir now stands. German and Kurdish archaeologists believe it to be Zakhiku.

This sprawling enclave, which includes a palace and several large buildings, is believed to have been an important center within the Mittani Empire (a kingdom also known as Naharina that existed between 1550 and 1350 BC). Investigators had to work fast, before the ruins submerged again.

Iraq is one of the countries in the world most affected by climate change. The south of the country, in particular, has been suffering from extreme drought for months. To prevent crops from drying out, large amounts of water have been withdrawn from the Mosul reservoir, the country's most important water storage, since December.

This led to the reappearance of this Bronze Age city in Kemune, Iraqi Kurdistan, which had been submerged for decades and had never been excavated before. Between January and February, and completely spontaneously, several archaeologists worked against the clock to document at least some parts of this important settlement.

The German-Kurdish archaeological group, in collaboration with the Directorate of Antiquities and Heritage in Duhok, acted under immense time pressure because it was not clear when the water in the reservoir would rise again. In a few weeks they managed to map a large part of the city.

In addition to a palace, other large buildings were discovered: a fortification with walls and towers, a multi-storey monumental storage building, and an industrial complex. The extensive urban space dates from the time of the Mitanni Empire, which controlled much of northern Mesopotamia and Syria.

"The huge building is of particular importance because large amounts of merchandise must have been stored in it, probably brought from all over the region," explains Ivana Puljiz. "The results of the excavation show that the site was an important center," adds Hasan Qasim.

The research team was astonished by the well-preserved state of the walls, sometimes standing several meters high, even though they are made of sun-dried mud bricks and were under water for more than 40 years. This good conservation is due to the fact that the city was destroyed by an earthquake around the year 1350 BC. and the upper parts of the walls collapsed, burying the buildings.

Among the rubble were found five ceramic vessels containing an archive of more than 100 cuneiform tablets. They date from the Middle Assyrian period, shortly after the earthquake struck the site. Some tablets, which may be letters, are still in their clay envelopes.

"It is almost a miracle that tablets made of unfired clay survived so many decades under water," says Peter Pfälzner. To prevent further damage, the excavated buildings were completely covered with tight-fitting plastic sheeting and covered with gravel fill as part of an extensive conservation project. The site is once again completely submerged under the waters of the Tigris.