It will be the largest simultaneous exhibition of works of art linked to technology that has ever been held in Spain”, says Pau Alsina, director of the International Symposium of Electronic Art (ISEA), a nomadic congress that has circulated in different cities around the world since 1988. 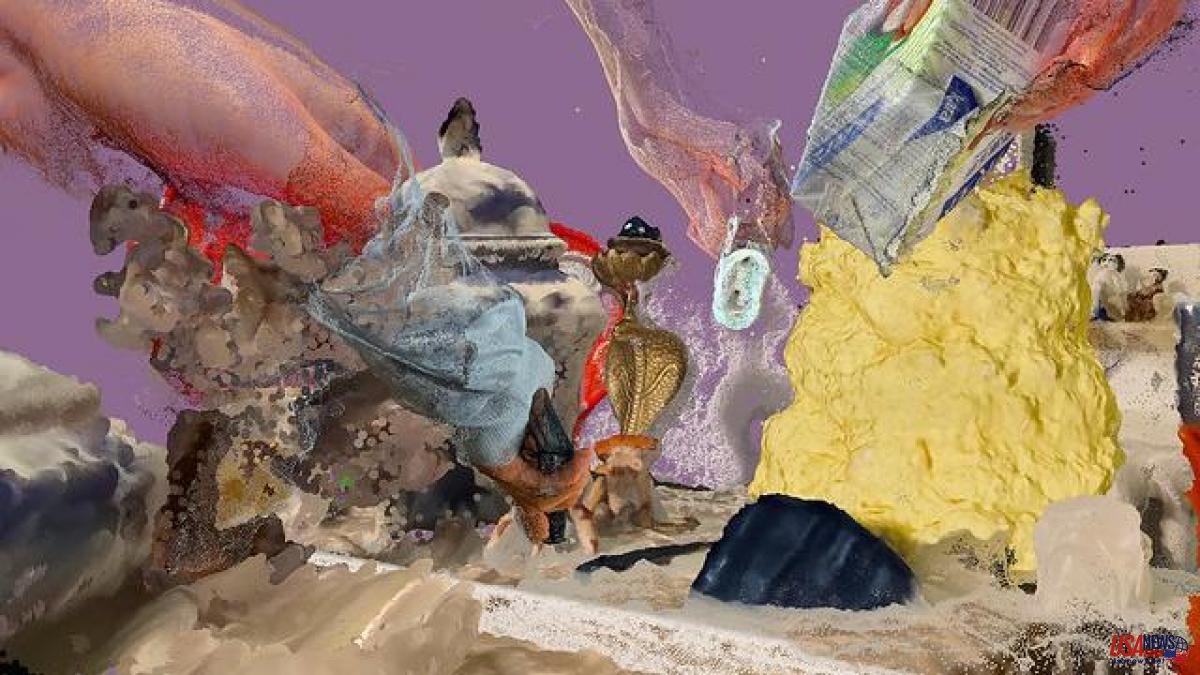 It will be the largest simultaneous exhibition of works of art linked to technology that has ever been held in Spain”, says Pau Alsina, director of the International Symposium of Electronic Art (ISEA), a nomadic congress that has circulated in different cities around the world since 1988. and that, from June 10 to 16, will turn Barcelona into the capital of electronic art. Because beyond its status as a meeting point for the international community of experts in art, technology and science, the ISEA is also a great festival with concerts, open workshops, performances, exhibitions or proposals open to the public such as the air show that On the night of its closing, June 15, it will fill Somorrostro beach with drones, lights and music.

Under the slogan, Possible, the event connects art, design, science, technology, thought and society, and will try to imagine a future to be built, from the creative capacity of artificial intelligence to the possibilities of immersive experiences, through four major thematic axes: Humans and non-humans, on relationships with machines or animals; Natures and Worlds, which will deal with climate change or the habitability of outer space; Futures and Legacies, focused on the role of history or data overload; and Education and society, about the challenge of integrating the arts into scientific-technical knowledge.

Promoted by the Universitat Oberta Catalunya (UOC), its main headquarters will be the CCCB, but it involves a good number of museums, such as the Macba and the Arts Santa Mònica, spaces such as the Sant Pau Modernist Site or festivals such as Sònar, and It has the complicity and commitment of institutions such as the NewArtFoundation, the new Hub of Art, Science and Technology Hac Te, the Barcelona City Council, the Department of Culture of the Generalitat or the Institut Ramon Llull. In total, 50 entities from all over Catalonia will participate in its more than three hundred activities.

It is not by chance, Pau Alsina points out, that the event has managed to weave such a dense network of complicities in Barcelona, ​​a city that already has an important and active community of artists, programmers and scientific centers. The challenge now is to consolidate and unite an ecosystem that already exists and that, without a doubt, will be reinforced by an event that "leaves a residue" and has traditionally been characterized by "its transforming action in each city where it is held".

Although the bulk of the activities will take place between June 10 and 16, ISEA will expand much more over time. Today, at the Center d'Art Cal Massó in Reus, its first exhibition, ORÍGENES, is inaugurated, designed and curated by Roberta Bosco and Stefano Caldana from the Beep Collection, with works by creators such as Joan Fontcuberta, Marcel lí Antúnez or Rafael Lozano-Hemmer. The climatic, ecological and social crisis that we are going through will be the theme of the central exhibition, La irrupción, which will take place in Santa Mònica and will include artists such as Robertina Šebjanič, Lauren Lee McCarthy, Eric Berger, Joan Soler-Adillon or Andy Gracie.

And La Capella will challenge the possibilities offered by technology in the exhibition What is possible and what is not, in which artists such as Josep Manuel Berenguer, Anna Carreras, Mónica Rikic, Roc Parés and Yolanda Uriz will participate. The exhibition program will also have a fourth venue in the Sant Pau Modernist Site, where Possibles will be presented, with outstanding works such as Sightseeing, by Thierry Fournier, which allows us to listen to the reflection aloud of a beach, or Liquid Views, by Monika Fleischmann and Wolfgang Strausson that plunges the audience into a narcissistic experience.

Saint Pau will also be the scene, on the 14th, 15th and 16th, of Cité Mémoire, a large outdoor video projection by Canadians Michel Lemieux and Victor Pilon. The Macba will host, among other initiatives, an international summit on archives, as well as talks by artists and performances. These will also have a leading role at the CCCB, in whose plaza Joan Coromines will present DïaloG , an interactive installation by Refik Anadol - an artist who converted Casa Batlló into an NFT and later sold it for 1.38 million dollars in New York - and Maurice Benayoun , arising from the European project that explores the themes of alterity, strangeness and immigration in a performative way.