Nord Stream 1 and 2, the main gas pipelines that bring gas from Russia to Europe under the Baltic Sea near Sweden and Denmark, have suffered three mysterious leaks, both countries have warned. 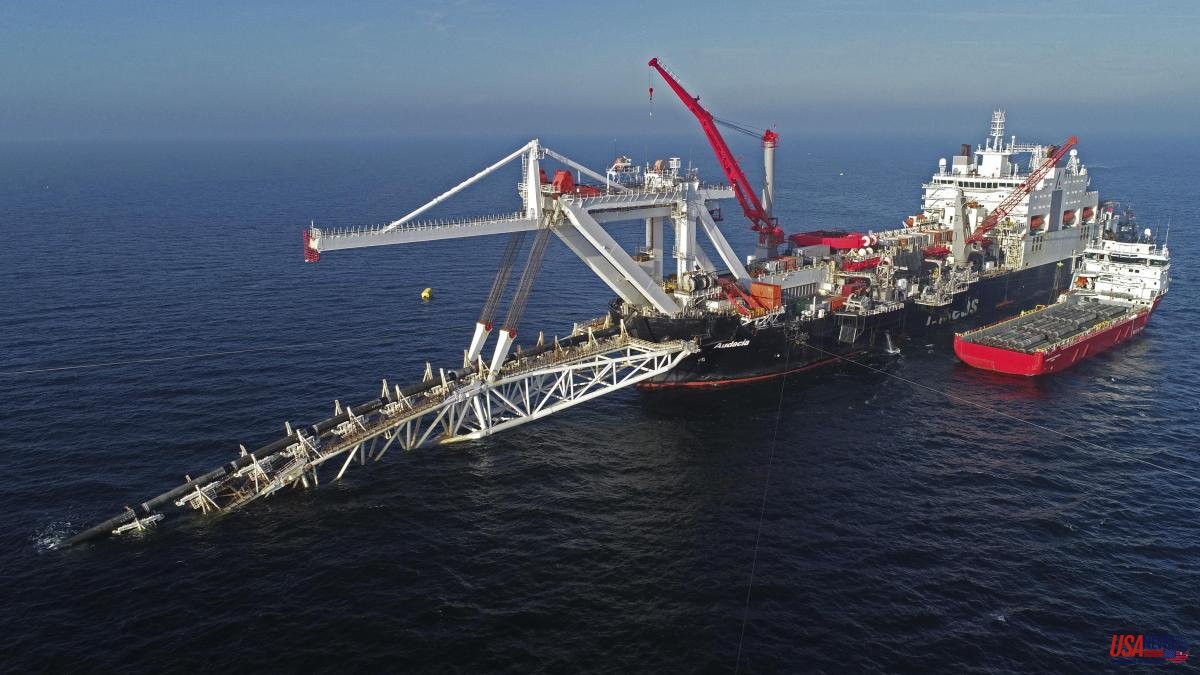 Nord Stream 1 and 2, the main gas pipelines that bring gas from Russia to Europe under the Baltic Sea near Sweden and Denmark, have suffered three mysterious leaks, both countries have warned. Object of the geopolitical pulse, the infrastructure operated by a consortium dependent on the Russian giant Gazprom was not operational due to the war in Ukraine, but the consequences of the war in Ukraine. But both pipes still contained gas under pressure.

The Danish authorities initially reported a leak in Nord Stream 2 in Danish waters in the Baltic, and subsequently two others in Nord Stream 1, one in the waters of this Nordic country and another in those of neighboring Sweden, near the island of Bornholm.

"It is too early to say anything about the causes of the incidents," said Danish Minister for Climate and Health, Energy, Dan Jørgensen. For its part, the operator of the gas pipelines, Nord Stream AG, based in Switzerland, described as "unprecedented" the damage that three threads of the two infrastructures have suffered simultaneously, and said that it is impossible to predict when they will be restored.

Russia slashed gas supplies to Europe via Nord Stream 1 before halting flows entirely in August and blaming Western sanctions for causing technical difficulties. European politicians say it was a pretext to stop gas supplies. The Nord Stream 2 never got off the ground, because Germany suspended the approval process shortly before the Russian military intervention in Ukraine.

"Pipeline breaks rarely occur, so we see reason to increase the level of emergency as a result of the events that occurred last day. We want to ensure careful monitoring of critical infrastructure to reinforce security of supply," he says in a statement. Statement from the Danish Directorate General for Energy, after declaring an emergency in the electricity and gas sectors.

The announcement supposes the rise to the orange level, the second highest on a scale of five, which implies that "concrete measures" will be communicated that companies in the gas and electricity sectors must implement "to increase the safety of, for example, plants, buildings and facilities".

Vessels sailing within the 5-nautical-mile exclusion zone may experience loss of buoyancy as well as risk of ignition above water and in the air, according to the Danish energy agency. As for the environmental damage, the leak will only affect the area where the gas plume is inside the water as well as the methane gas leaking into the air.

Both pipelines have been flashpoints in a widening energy war between Europe and Moscow that has hit major Western economies and sent gas prices soaring. The incidents will hamper any efforts to start or restart any of the pipelines for commercial operations.