Cristiano Ronaldo ends up at Saudi Al Nassr until 2025

It was an open secret and it has already been made official. 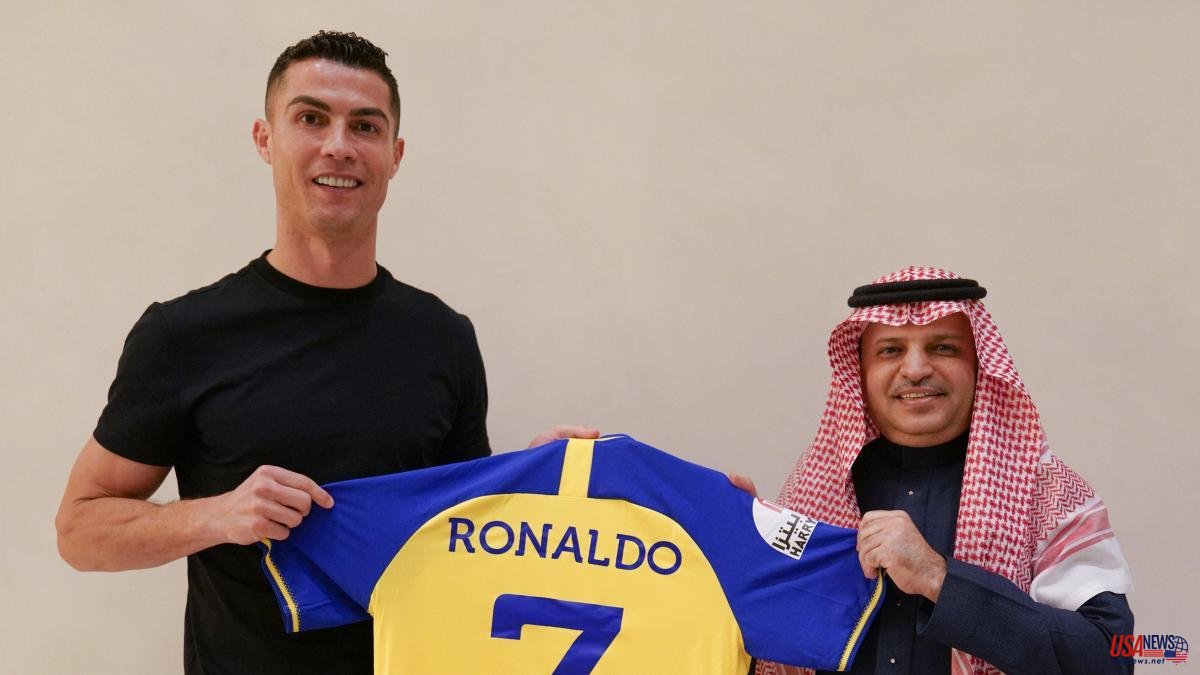 It was an open secret and it has already been made official. Cristiano Ronaldo, 37, has ended up signing for Al Nassr in an operation that could cost the Saudi team around 200 million euros. The veteran Portuguese star has signed a new contract for two and a half years, until June 2025. Cristiano Ronaldo has been without a team since Manchester United terminated his contract a few weeks ago after the Portuguese tightened the rope with some hard and continued statements against the coach of the Old Trafford team, Erik ten Hag.

At this crossroads and with the World Cup just started, Al Nassr knocked on Cristiano's door with dizzying numbers. In the end, and without significant offers from the big leagues, the Portuguese has chosen to leave top-level football and take refuge in the Saudi league.

Al Nassr is one of the best clubs in Saudi Arabia and has managed to win the national league up to nine times.

After completing a discreet World Cup, in which he even lost ownership with his team, Cristiano Ronaldo returns to the fore, although in this case more for the money he is going to earn than for sporting reasons. After Sporting de Portugal, Manchester United, Madrid and Juventus, Al Nassr is Cristiano's fifth team