The Provincial Court of Madrid has confirmed the acquittal of OkDiario journalist Alejandro Sanmiguel Entrambasaguas of the alleged crime of harassing the children of former Vice President of the Government Pablo Iglesias and the Minister of Equality, Irene Montero. 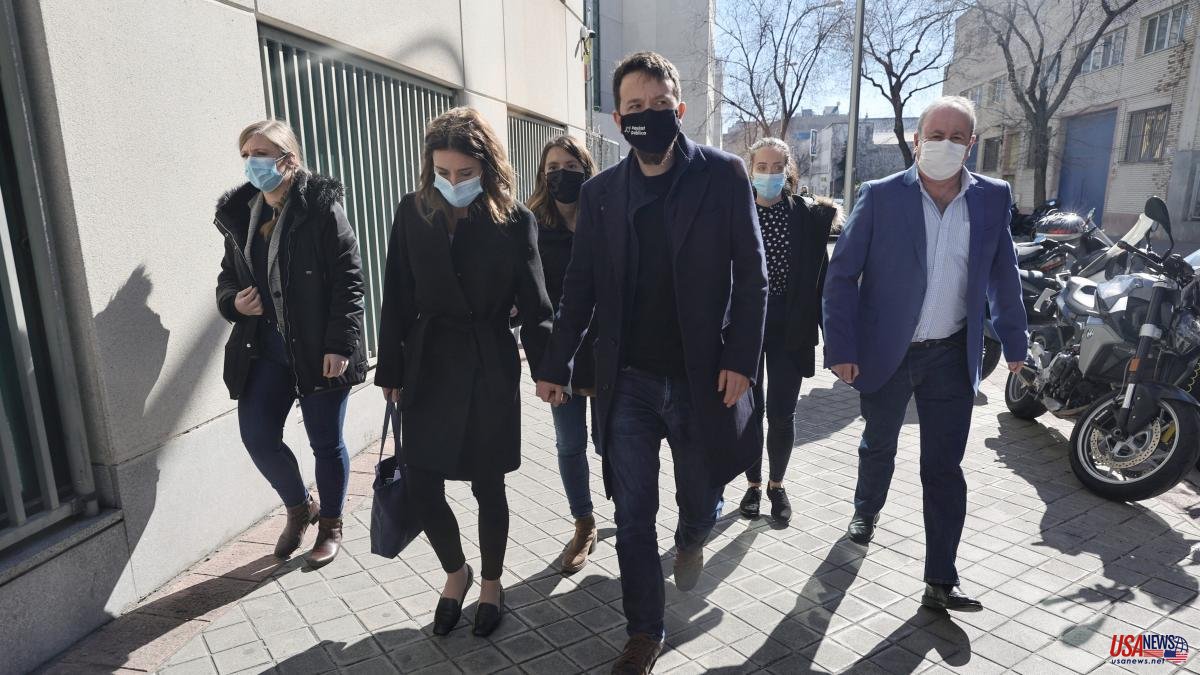 The Provincial Court of Madrid has confirmed the acquittal of OkDiario journalist Alejandro Sanmiguel Entrambasaguas of the alleged crime of harassing the children of former Vice President of the Government Pablo Iglesias and the Minister of Equality, Irene Montero.

The magistrates have dismissed the appeal filed by the couple against the decision of the Criminal Court Number 30 of Madrid to consider that the journalist's conduct did not constitute a criminal offense. The resolution of the Provincial Court is not final, since Iglesias and Montero can appeal it to the Supreme Court if they so wish.

In a sentence of June 6, the court has assured that it "shares" the conclusion of Judge David Maman, who assured that there was no element that would allow pointing out that the journalist committed a crime of harassment against the children of the leaders.

Iglesias and Montero had requested that the sentence passed last February be annulled, considering that procedural rules and guarantees had been violated, as well as their right to effective judicial protection. They requested, therefore, that the case be referred to the Criminal Courts for a new oral trial to be held with a different magistrate.

According to the sentence, the couple expressed their opposition, among other issues, to the judge's conclusion that the complaint should have been filed by the caretaker of the minors as "aggrieved person." The two politicians assured that the journalist subjected the worker to the actions that they consider criminal because she was the caretaker of her children and that they and her minors were the real recipients of the harassment.

In 38 pages, the Court of Madrid has dismissed the arguments of Iglesias and Montero and has explained that the fact that there is no record of the caregiver's complaint "is not, or not only, a procedural defect that could or could not be remedied or that can be understood as fulfilled with the statements" of said worker.

In this sense, the Seventh Section has specified that "what really happens in the present case is that it has never been followed by the possible harassment of the accused towards said lady, for which reason the prosecution of that alleged offense in this proceeding.

Within the framework of the resolution, the magistrates have stressed that the judicial proceedings were initiated by the lawsuit filed by Iglesias and Montero "in their own name and that of their minor children" against the journalist and two other people -against these two the latter the oral trial was not opened - for an alleged crime of harassment committed against the leaders and their children.

Thus, it has underlined that in the complaint a prohibition of approach of the defendants towards the minors was requested as a precautionary measure, "without anything being interested by any of the parties in relation to" the person who did care work.

In response to the argument of an alleged violation of the right to effective protection, the court has ensured that "no relevant omissions that could nullify the sentence can be seen in the factual account." To the thread, in addition, it has remembered that it is not possible to modify the proven facts.

Thus, the Court of Madrid has recalled that it has not been considered proven that "the ultimate goal" of the editor was to "attack the freedom" of Iglesias and Montero and their children, for which it has deemed it pertinent to dismiss the allegations of the couple , which insisted that the judge who acquitted the journalist made a mistake in assessing the evidence.

The magistrates have stressed that what has been considered proven in this case is that the editor of OkDiario "had knowledge in the month of October 2019 and through a third person that the children of the plaintiffs Pablo Iglesias Turrión and Irene María Montero Gil, (...), went to a house (...) in the town of Galapagar where they were cared for by a third person".

Thus, the journalist - "given the public repercussion of the parents for having political positions of notorious relevance" - began an investigation into the conditions in which the caregiver develops her professional activity and her relationship with the leaders. "This is a journalist seeking information, not someone who intends to cause, for any other reason, a limitation of the freedom of the plaintiffs and their children through an attitude of harassment towards the caregiver, and who may be suspected. that can cause another type of harm, without prejudice to the fact that their activity to search for such information may be insistent or annoying", the sentence states.