Chile put an end to a high-voltage electoral campaign on Thursday night with various events in Santiago that brought together thousands of people in defense of the proposed new Constitution that will be voted on tomorrow in a referendum. 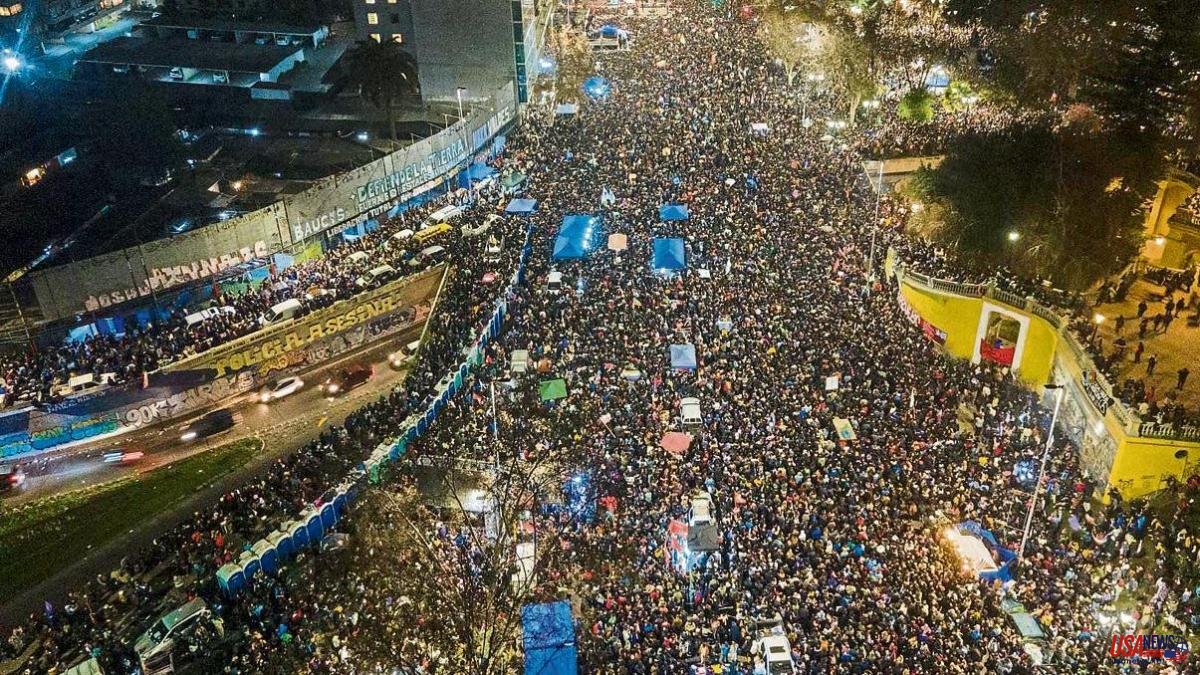 Chile put an end to a high-voltage electoral campaign on Thursday night with various events in Santiago that brought together thousands of people in defense of the proposed new Constitution that will be voted on tomorrow in a referendum. To the cry of “Approve to live better”, thousands of people took over the Alameda, one of the main avenues of the capital, to defend the new text, which was prepared by a convention with a progressive tendency and with parity between men and women.

The new Magna Carta is one of the most avant-garde in the world in terms of gender perspective and climate crisis. The current Constitution is neoliberal in nature, inherited from the military dictatorship (1973-1990).

More than 15 million Chileans are called to vote – this time on a mandatory basis – taking into account that there is an unpredictable group of voters who have not gone to the polls since 2012, when suffrage became voluntary. A high turnout at the polls is expected, according to the conservative daily El Mercurio.

The closure of the Approve campaign, with a massive street mobilization, was a shock to the defenders of the new Constitution after the latest polls, a week ago, indicated that the Rejection bloc would win, perhaps with 56% and with a difference between four and twelve points. Unlike the crowd gathered in the center of the capital, only a few hundred supporters did not attend the final act on the top of a hill in Santiago, difficult to access.

The right and part of the center-left will vote against finding the new radical text, while the left will vote in favor, although it has promised to reach a great pact to reform the most conflictive aspects, such as plurinationality, which would recognize "self-determination ” of indigenous peoples and special justice systems for them, something that the Rejection Front considers to be divisive. Nearly two million Mapuche make up 10% of the Chilean population.

In a lengthy interview published Wednesday by Time magazine, President Gabriel Boric responded to the question of whether a victory by the no would mean convening a new constitutional convention by saying: “It is what we as a government must do. The people have so decided. We can study the details, but it is the main mandate.”

The new norm declares Chile a social state of law and enshrines rights such as public and universal health, free education and access to housing and water. It also defines the country as an ecological state, a pioneering provision that has been celebrated by environmentalists. This qualification crossed the constitutional debate from the beginning of the convention, since one of the first statements of the drafting body was to recognize that the proposal is part "in a context of climatic and ecological emergency." Of the 388 constitutional articles, 98 are linked to environmental issues.

According to what the director of Greenpeace in Chile told the Efe agency, the text “recognizes climate change, establishes the responsibilities of the State in terms of waste, assigns rights to nature and animals, creates institutions and agencies for the care of nature.”

Against a backdrop marked by a megadrought of more than a decade that has hit most of the country, water became one of the protagonists of the constitutional proposal by establishing the end of private property over water resources, including glaciers, which under the current Constitution could be subject to privatization.

The constitutional process, which has lasted a year, arose from the massive wave of protests that began at the end of 2019 and that had a significant indigenous component. Tomorrow's vote may mean the revalidation of President Boric –the youngest in the history of Chile, at 36 years old–, who came to power precisely with the project of changing the Constitution.

"There are those who think that the electorate that has been absent from the polls all these years is generally younger and has fewer resources and is prone to greater social protection, but it is true that the Rejection's advertising investment has been broader," he explained to Efe Claudia Heiss, political scientist at the University of Chile.

Different acts of violence marred the final stretch of the campaign and pushed Gabriel Boric to make a call to "listen to those who think differently". The latest incident occurred on Thursday and affected a brother of the president, Simon Boric, who suffered a beating in the Alameda along with other officials from the University of Chile – where he himself works as press officer – at the hands of a group of hooded.