At 29 years old and after twelve seasons of enormous sacrifice and perseverance as a professional, Carlos Verona (Movistar) won the first victory of his career in the seventh stage of the Criterium Dauphiné. 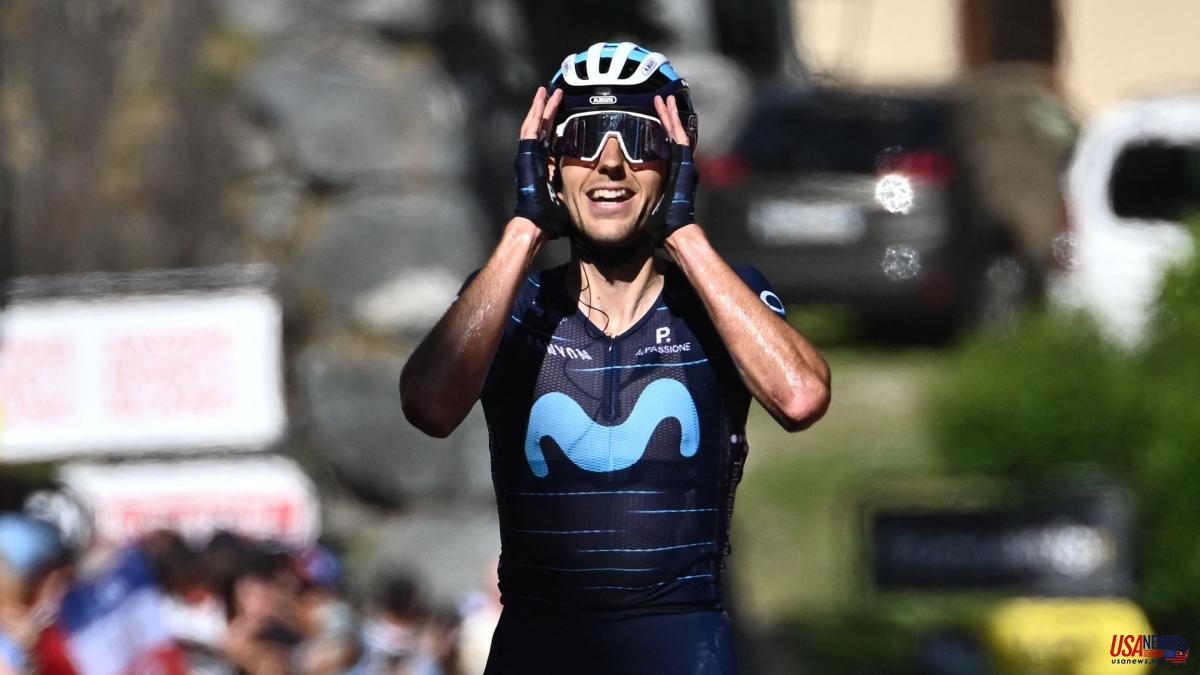 At 29 years old and after twelve seasons of enormous sacrifice and perseverance as a professional, Carlos Verona (Movistar) won the first victory of his career in the seventh stage of the Criterium Dauphiné. He also did it in the queen stage, after climbing the Col del Galibier, the Croix de Fer, both in a special category, and the explosive Vaujani, with ramps of up to 12% incline. To add more difficulty to his feat, Verona withstood the push of Primoz Roglic, who dressed in yellow and sentenced the race with one stage to go.

The stage was a classic in itself. A drop of 3,800 meters. Two ports of special category and a final with ramps of 12%. As expected, a breakaway with five men went ahead, although never with much of an advantage. Jumbo, with Roglic and Vingegaard well positioned, had ambitions for the yellow and the stage, but they did not expect Verona to have its day of glory.

The Spaniard entered the important cut of the day alongside Elissonde, Vermaerke, Guglielmi, Mühlberger, Skujins, Lafay and Rolland (leader of the mountain). A lot of competition, but at the moment of truth, only the Frenchman from Trek Elissonde could hold the wheel against the Spanish. Both arrived at the foot of the Vaujani ahead and with a little less than two minutes ahead of a peloton in which neither Enric Mas, with problems after having suffered a fall days before, nor Van Aert, until today the leader, were any longer. Mattía Cattaneo, second overall and the British Hayter, fourth, did not last either.

There, with 5.7km to go, Verona launched without looking back and soon left Elissonde without a rhythm on the steep slopes. From behind, first Kruijswijk and then Vindegaard closed in on the peloton. With a kilometer and a half to go, Roglic attacked in search of victory. Too late, because the hardest part was over and even a small descent helped Verona to keep their distance. At the finish line, Roglic emotionally hugged the Spaniard, aware of the importance of his victory.

Roglic faces this Sunday the eighth and final stage, between Saint-Alban-Leysse and Plateau de Salaison over 138.8 kilometers, as leader of the general classification with a margin of 44 seconds over Vingegaard and 1:24 minutes over O'Connor.