Carlos Alcaraz: "I dreamed of number one" 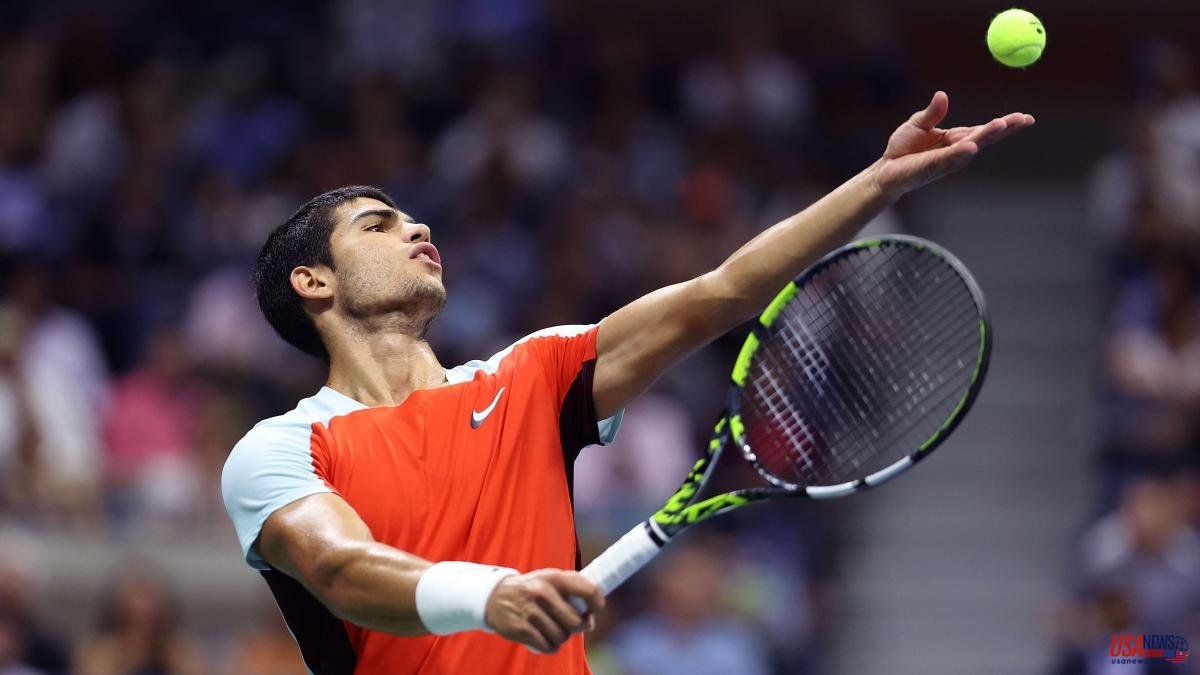 "I feel great," said Carlos Alcaraz, "a little tired, but fine." He had just concluded his third straight five-set match, lasting more than four hours each and finishing late at night or early in the morning. “The work I put in daily is paying off. I have won eight of the new fifth sets that I have played in my career.”

On Sunday, not only the title of the great New Yorker is played, but also the world number one, to which his rival, the Norwegian Casper Ruud, also opts.

"I know Casper well," said the man from Murcia. “I talk to him a lot off the track. He is a very good uncle. I've played him twice on court. He is playing very well and I will have to play hard. I already beat him in Miami. I think I'm a player capable of beating him again. He has already played a Grand Slam final and he already knows what it is like to live that experience, which for me is something new. But many things have also been new for me and in the end I have faced them in a good way. On Sunday I am going to face that moment again in the best possible way, being the same boy and player as always. I'm going to try to take it as just another game, although I know it won't be easy, and I'm going to try to put out my best game".

He has a day off between his exploit with Tiafoe and the encounter that could change his life. “Right now, I'm not afraid of that moment. It is something that I have been preparing myself for mentally and physically, to be able to live it. Now it's time to recover and tomorrow will be the key day to prepare for Sunday”.

Alcaraz has a great teacher for that preparation. His coach, Juan Carlos Ferrero, won the semi-finals against Andre Agassi, a local idol of the time, to climb to the top of the ranking in 2003. "We have talked about it many times," acknowledges Carlitos. “He told me how he prepared for that match. I'm going to do the same thing, which is go for it. It doesn't matter what I'm fighting for or how I'm doing. I'm going to go all out and enjoy the moment."

His victory would mean a double crown: his first Grand Slam and number one, for little Carlitos, the one who dreamed and lived tennis, there was only one option. "I dreamed of number one."

Although he is 19 years old, as experts such as McEnroe often say, he is mature beyond his years. “It is true that tennis makes you mature faster. In tournaments I feel older, with more responsibilities, but once I'm home, with family and friends, I feel like a 19-year-old boy”.

At the moment, today Saturday has a rest day. “It will be like the other rest days. Although after such demanding games, that I have not been able to go to bed at the time I should, maybe I will relax a bit and go for a walk with the family and the team, to clear my head a bit and have fun with them. And obviously, also prepare myself mentally for the final”.