Can Othello be a woman?

Can Othello be a woman? This is the proposal presented by Oskaras Koršunovas at the Temporada Alta festival. 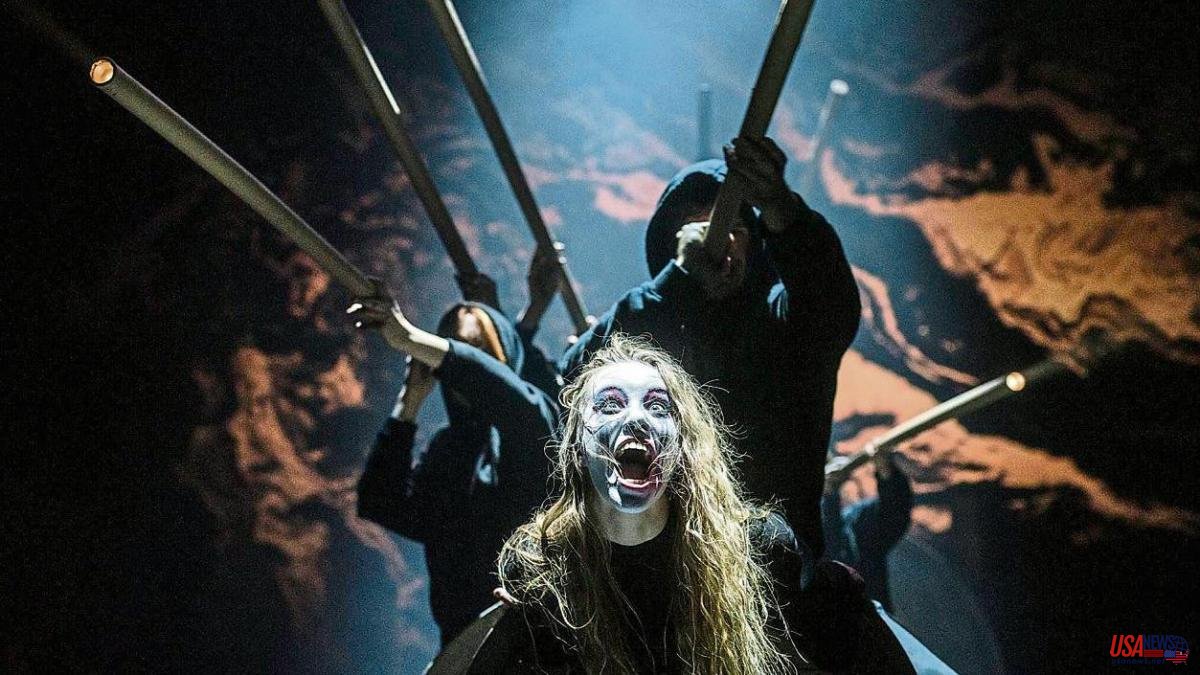 Can Othello be a woman? This is the proposal presented by Oskaras Koršunovas at the Temporada Alta festival. Based on Shakespeare's play, the Lithuanian director tells the story of love and jealousy by changing the sex of the Moor of Venice and turning him into a woman who loses her mind because of the jealousy that Iago provokes in her over her beloved Desdemona, in a version in that Yago uses the goings-on of current politics to that end.

The Temporada Alta festival reaches its 31st edition in top form. This year, the Girona event for the performing arts exhibits muscle, with 107 shows, 22 of which are absolute premieres.

The director of the festival, Salvador Sunyer, refers to it this way: “They say that everything will go wrong, that December will be worse than November and that in January there will be no one left. We do what corresponds to us and that is why we present a program that is a bit of a beast, to which we must add 10 more shows from the A Tempo program, which is the one that takes place in schools and institutes”.

Having overcome the pandemic editions, and with no capacity restrictions in sight –one of the headaches of the preparation of the previous edition–, this 2022 the festival will fill the Girona and Salt halls and nine other towns with stage shows, from the October 7 to December 12. Sunyer also emphasizes the fact that 70 of the shows that are presented have Catalan authors.

Julio Manrique repeats at the opening –last year it was Tío Vània directed by Koršunovas–, but this time he does it as director. His proposal is the first dramatization of the captivating story that Emmanuel Carrère explains in L' adversari. Pere Arquillué and Carles Martínez will present the story of the man who lived for many years faking a false life, stringing lies on lies, and who put an end to it in the worst possible way.

It is a Temporada Alta production, which also produces the twelfth edition of the Dramaturgy Tournament and the reading of the Confessions of Sant Agustí, by Joan Carreras, "a show that makes us special illusion", reveals Sunyer, and which will be presented in the nave of Girona Cathedral.

The vast majority of the festival's co-productions are by Catalan creators, such as Cabosanroque from Rodoreda, La Veronal (Opening night) –which is already working on a new show co-produced by the festival that will premiere next year–; Juana Dolores, Mal Pelo, Santiago Fondevila, Jordi Casanovas, Nao Albet and Marcel Borràs, and Anna Maria Ricard, among others.

In the international sphere, in addition to the work of Koršunovas, High Season presents proposals such as Il Terzo Reich, by Italian Romeo Castellucci, which repeats for another year. Amore, by Pippo Delbono, and Created, by Cristiana Morganti, will also arrive from Italy. Of France, The Devourer, by Rasposo and Marie Molliens, and Thirds of Cirque Here, by Johann Le Guillerm. And so on to seventeen productions from eleven countries.

Music, circus, interdisciplinary shows will fill these more than two months of festival, with premieres such as Caridad, by the always provocative Angélica Liddell, or recoveries of great texts, such as the long-running success Acorar, the piece by Toni Gomila performed by himself , about the change of era that Mallorca is experiencing.

In this edition, the festival wanted to promote productions from Latin America, with the Iberoamerican Connection program. Thus, Les Luthiers will participate, with Gran Reserva; Ritter, Dene, Voss, by Thomas Bernhard and Krystian Lupa; Christiane Jatahy returns, this time with Depois do silêncio; Argentine creators Piel de Lava present Petróleo , about four women on an oil platform; Marina Otero raises the relationship between her body and men in Fuck me; Ute Lemper

Mario Gas will close the festival with an evening dedicated to Stephen Sondheim, with the country's biggest musical names. Sondheim x Sondheim. Que passin els pallassos will be "a show that will be difficult to repeat," says Sunyer.

Following Peter Brook's norm, the festival presents a program that leaves questions open for the viewer to draw conclusions, “without indoctrinating”, insists Sunyer, and “that formally contribute new things”. These have been the two main criteria when making the selection, to compose a festival “that tells us about life”.

Starting on October 7, all questions will be raised, in a festival that promises a good feast of culture with a capital C, with a budget of three million euros and with special attention to young people, the public of the future, both with regarding the proposals as well as the interpreters.