Butler, star of the Heat, forces the seventh game against the Celtics

Jimmy Butler showed his competitive soul this Friday and, with 47 points, nine rebounds and eight assists, led the Miami Heat at the TD Garden in Boston and gave them a 111-103 victory that forced the seventh game in the finals of the Eastern Conference, with the Golden State Warriors waiting in the Finals. 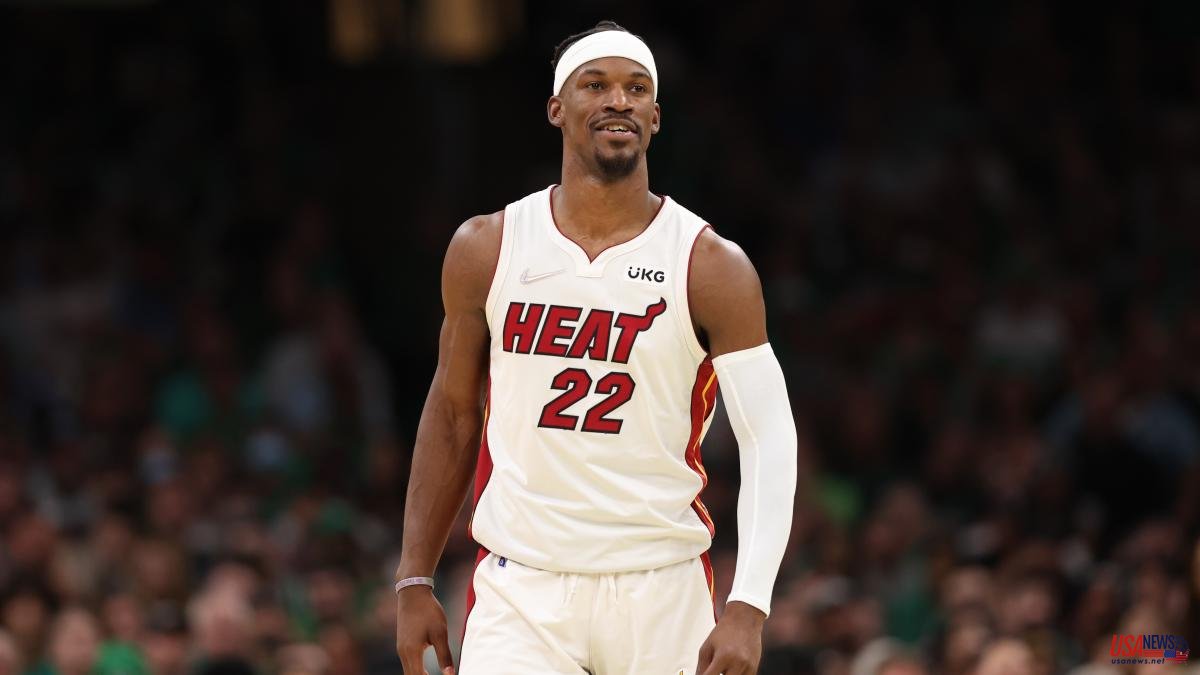 Jimmy Butler showed his competitive soul this Friday and, with 47 points, nine rebounds and eight assists, led the Miami Heat at the TD Garden in Boston and gave them a 111-103 victory that forced the seventh game in the finals of the Eastern Conference, with the Golden State Warriors waiting in the Finals.

Erik Spoelstra's team came out the winner of a vibrant game, in which they had a thirteen-point lead in the third period and were trailing by three points in the fourth, before Butler silenced, with some plays of pure leadership , to TD Garden. He was supported by a double-double of 18 points and 10 assists from Kyle Lowry, in his best game in recent months, and by three triples from Max Strus (13 points) and two from PJ Tucker (11 points).

The Celtics did not lack their usual defensive effort and leadership from their stars. Jayson Tatum had 30 points, with nine rebounds and four assists, and Jaylen Brown had 20 points, six rebounds, five assists and three steals. In addition, Derrick White achieved the best performance of his 'playoffs' with 22 points and four triples, but his team had to give up before Butler's epic night.

And Butler agreed with him. With no room for error in the Garden, the number 22 started strongly, with fourteen points, five rebounds, four assists and two steals in the first period, which allowed the Heat to gain a seven-point lead (29-22) . He hit two 3-pointers and Miami went five of eight, after Spoelstra's modest seven of 45 in Game 5.

Jimmy Butler, protagonist with 47 points this Friday to lead the Miami Heat in the field of the Boston Celtics, assured that before the match he received a call from Dwyane Wade, team legend, who encouraged him to continue building his legacy in the franchise. "I heard the words I needed. Wade told me to continue building my legacy. I think I did well, but all my teammates contributed. I feel grateful," Butler said at the post-game press conference at Boston's TD Garden.

But Butler (21 points, 9 rebounds), and partially Lowry (10 points), were the only ones to have offensive effectiveness in the first half. They accumulated 31 of their team's 46 points at halftime and Boston, little by little, pushed by Tatum and Brown, managed to reduce the margin.

Tatum led the reaction by scoring thirteen straight points for the Celtics and finished the first half with 18 points, as did his teammate Brown, whose big drive late in the fourth quarter allowed Boston to take its first lead of the night (41-40). ), with a basket and an added foul.

It was in the third period when Butler was not left alone, but had the valuable help of Victor Oladipo and Max Strus who, with 11 points and three triples, launched the Heat to the maximum lead at 79-66.

Boston trembled, but did not lose its lucidity. Ime Udoka called a timeout and, at the pace of Robert Williams in the paint, managed to stay close to his rivals and cut the deficit to 79-72, almost a victory considering that for a moment the Heat seemed in physical and mental control.

With a 7-0 run to open the fourth period, Horford's first three points and a terrific 3-pointer from White, the Celtics took the lead at 97-94, unleashing the Garden's madness.

However, on Butler's big night, Lowry also slipped in with a pivotal 3-pointer to dampen the home's enthusiasm and open an 11-2 Heat run that propelled Spoelstra's men to a six-point lead in the 105- 99.

Tatum brought the Celtics closer to 101-105, but another amazing buzzer-beater by Butler gave the Heat back six points, whose victory was confirmed by Brown's offensive foul on Oladipo.

It will be the second time that the Celtics face a seventh game in these 'playoffs', after eliminating the Milwaukee Bucks in the previous round.