Five alleged collaborators in the attack last Sunday on the most touristic avenue in Istanbul have been brought before a judge this Saturday in the Bulgarian capital. 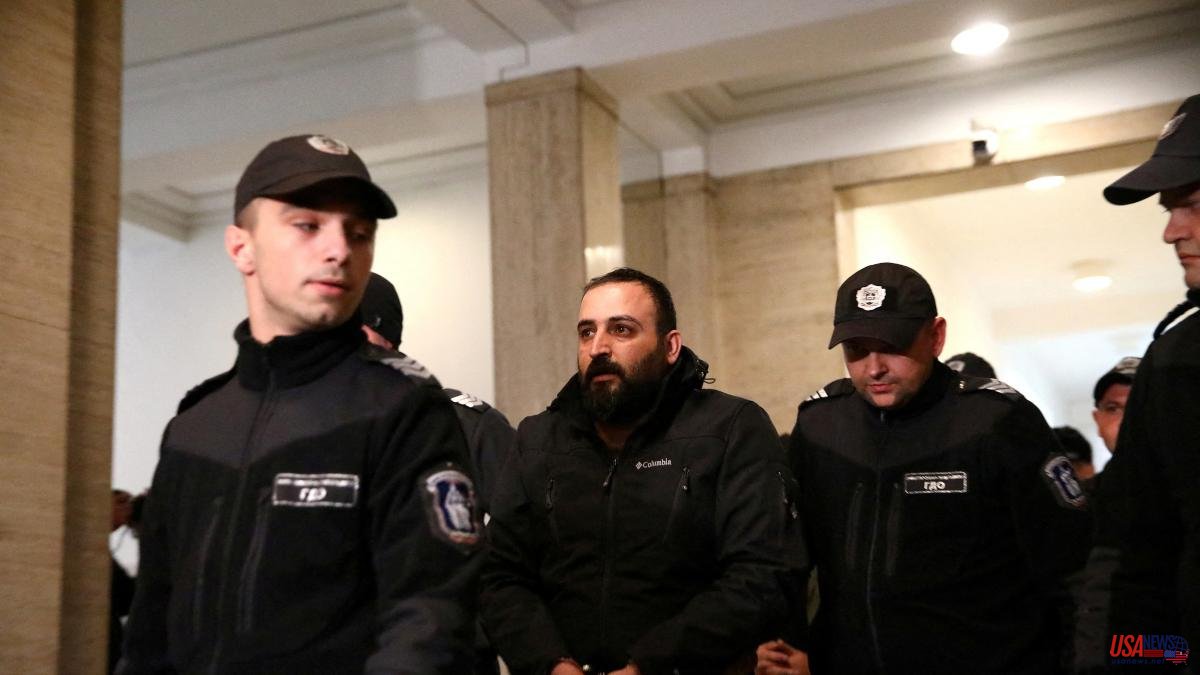 Five alleged collaborators in the attack last Sunday on the most touristic avenue in Istanbul have been brought before a judge this Saturday in the Bulgarian capital. They are two Syrian Kurds and three Bulgarians who also have Moldovan passports.

We now know that Ahlam Albashim, the terrorist who left a bag of explosives on Istiklal Avenue, killing six people and injuring 81, would have acted accompanied by Bilal Hasan, also a Syrian, who would have managed to flee to Bulgaria.

The people who have gone to court today are accused of having helped the second terrorist to evade border controls and get out of sight.

The Bulgarian Attorney General, Ivan Geshev, has clarified that some of the detainees are accused of collaborating in the attack - presumably the Kurds from Syria - and that the others would be human traffickers - it is understood that the Moldovans - accused of collaborating in the logistics and communications of the fugitive or fugitives. For the detained Syrian, on the other hand, another option is sought, for health reasons.

The attack on Sunday, which ends almost six years of calm in Istanbul, has not been claimed. However, the Turkish Minister of the Interior, Süleyman Soylu, after the arrest and interrogation of dozens of people, including the terrorist recorded by security cameras, took a few hours to attribute the massacre to the People's Protection Units (YPG), the affiliate Syrian Kurdistan Workers' Party (PKK). According to Soylu, the terrorists would have left Manbij, a town in northern Syria under the control of the YPG, "just like those who killed a police officer and wounded another in Mersin in September."

Always according to Ankara, the terrorist would have entered Turkey through Idlib and lived in a modest neighborhood of Istanbul since July with her mentor, with whom she also worked in a textile workshop as an alibi, posing as a marriage. One of the detainees in Bulgaria, according to that country's television, would be a person "close" to such Bilal Hasan, the alleged mastermind of the attack, now a fugitive.

The PKK, however, has denied any relationship with the TNT bomb and believes that Ankara is seeking justifications for a fourth military incursion into northern Syria, which at the moment does not have the approval of Russia or Iran, and of course Nor from Damascus.

It should be said that the Turkish Interior Minister explicitly refused to accept condolences from the United States. President Recep Tayyip Erdogan, however, included this country along with all the others that had shown support in a message of thanks. The Turkish government, in any case, criticizes the collaboration of Washington or Paris with the YPG.

Also two Wednesdays ago, according to Kurdish media, a British delegation met in Manbij and Kobane with the local leaders of the YPG and its political front, the PYD, the only authorized political force in what came to be called "Royava" or West of " Greater Kurdistan".

Despite the rapid attribution of responsibilities by Ankara -in one of the most monitored streets in Turkey and which is home to important consulates- there are still questions about the authorship and the ultimate objective of the attack, in a November in which they have broken various political taboos.

Many Syrians believe that the real objective of the attack - with an apparently Arab terrorist filmed in a hijab - could have been to provoke anti-Syrian riots in their neighborhoods, six months before the elections. There are precedents and the breeding ground is there, with inflation of 85% and the criminalization of the three and a half million refugees, in line with the widespread anti-Arab sentiment in Turkey, particularly among opposition sympathizers.

Others believe that the aim was to end the tourist boom, attacking the favorite avenue of visitors from the Middle East, who are already the majority. Others, finally, doubt that the terrorist, because of her features and her rather dark skin, is really Syrian and from Deir Ezzor, as has been reported. A sign that the truth could be even more disturbing.

The takeover of the internet by the authorities during the first hours -with a decrease in bandwidth and deactivation of social networks- would suggest that they were also inclined towards the first hypothesis and feared rumors and excesses.

Finally, there are those who emphasize the succession of atypical events of the past week. For the first time, the ruling AKP had met with the pro-Kurdish HDP parliamentary group to negotiate constitutional reforms. Even former HDP leader Selahattin Demirtas, jailed for six years, had been secretly flown to Diyarbakir to visit his critically hospitalized father and mother.

It would not be the first time that the PKK has set the limits of political initiative or derailed it in the most brutal way.

On the other hand, this same Wednesday, the Turkish soccer team played for the first time in history in the Diyarbakir stadium, against the Scotland team. The stands were full, Turkey won 2-1 and the atmosphere was festive and without incident, although some point out that there were many buses of supporters of the AKP, the second most voted party among Kurds, somewhat behind the HDP.

For Turks of all stripes, apprehension is growing that the political violence that has accompanied the country since the 1970s will pick up at the dawn of this new Cold War, which is a hot war on the very edge of its territorial waters.