Brigitte Schwaiger, the monotony of marriage

No one who knew Brigitte Schwaiger missed, in her day, that one of her books (specifically her first novel, in 1977) reflected her own relationship with marriage. 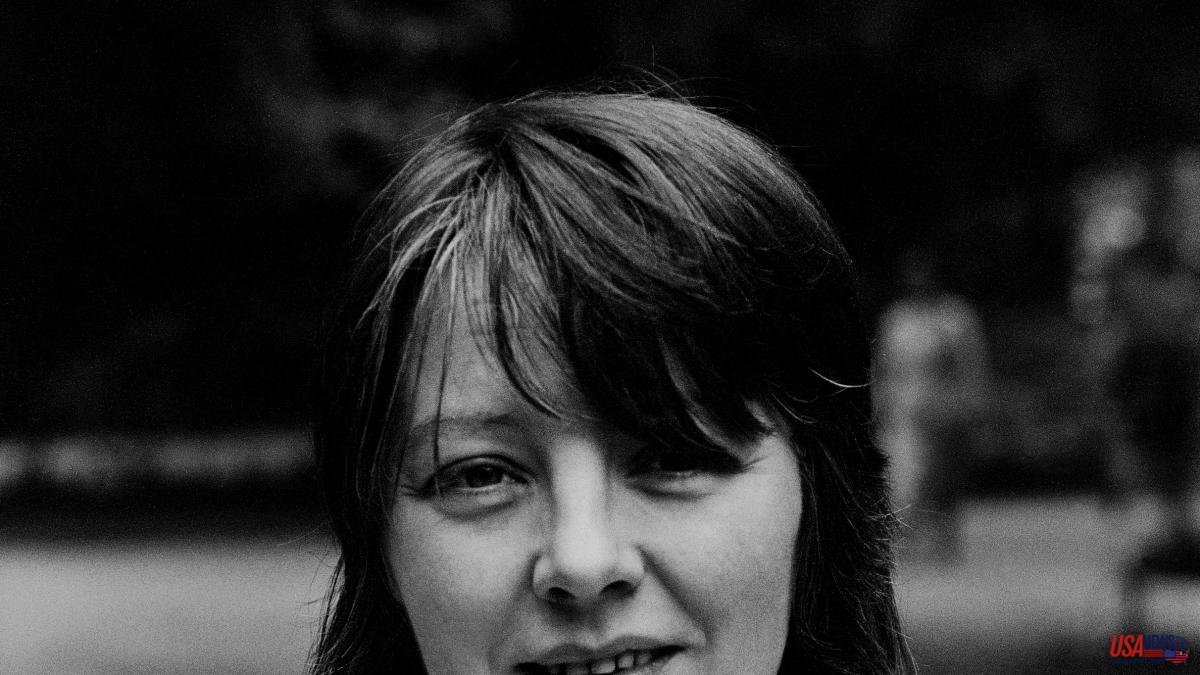 No one who knew Brigitte Schwaiger missed, in her day, that one of her books (specifically her first novel, in 1977) reflected her own relationship with marriage. "Why sea water is salty" (Publishing password) is the novel that collects all her doubts about it (a failed union with a Spaniard), camouflaging the personality of the Austrian writer behind her character.

The book, with which its author achieved great sales success (it became a literary phenomenon and was immediately translated into several languages), begins on the wedding day of its protagonist, a young woman raised in a petty-bourgeois home in Austria. from the middle of the last century who finds herself dragged into marriage to occupy the place that society demands of her.

Despite the fact that shortly before the ceremony she asks her fiancé to cancel it, in the end the wedding is celebrated. She thus begins a married life marked by monotony and by small forms of daily violence with which they try to annul her individuality.

Brigitte Schwaiger was born on April 6, 1949 in Freistadt, a small town in Austria. She was the second of four daughters of a doctor who had worked for the SS and a nurse turned housewife.

Throughout just over a hundred pages, with a refined style not exempt from lyricism in some passages, Brigitte Schwaiger managed to condense the desires, concerns and fears of her protagonist, as well as her attempts to maintain her identity and escape from the imposition and to silence, also drawing an accurate portrait of an entire society and generation.

In 1967 Brigitte enrolled at the University of Vienna, where she studied Psychology, German Studies, and Romance Languages. In 1968 she married a Spanish veterinarian and civil servant, with whom she lived in Madrid and Mallorca and taught German and English. The marriage lasted just four years. She got divorced and returned to Austria.

He began studying at the Linz Pedagogical Academy. "Before the publication of his first novel -as Virginia Maza details in her interesting epilogue- she had several failed relationships and had at least two abortions". At the same time she began to receive psychotherapeutic treatment. All these circumstances earned him, despite his harshness, for literature.

She worked for a time as an actress and from 1975 she devoted herself exclusively to writing and painting. “After decades marked by oblivion, debt, marginalization and mental disorder”, as her editors point out, in 2006 she savored her success again with “Fallen lassen” (“Forsaken”). A text focused on mental illness and the psychiatric expectations of it.

At the end of July 2010, Brigitte Schwaiger ended her life on the banks of the Danube. Her corpse appeared floating. She had turned 61 years old. In Vienna, the city to which she had moved almost forty years before, attracted by culture and in whose network of psychiatric centers she was trapped.

"He grew up and was educated at a time when Austrian society refused to look directly at the National Socialist past, let alone assume it," explains Mazo. "The guilt and the tear for some truths imposed on the conscience and separated from reality accompanied her for life". And the loneliness that madness imposes.

“Father says that Rolf is a decent, hard-working boy; mother, that I can be proud of Rolf, and grandmother, that the most important thing is a respectable bond (...) Rolf's mother and my parents already have a first name. On the afternoon that we put a date on everything, Grandma brought out the Bohemian crystal glasses and the lace tablecloth, and then also a box full of yellowed photographs…”

“This is your wedding, the bride is you, what you are wearing is not a long white nightgown, it is your wedding dress. And the one you have so pale next to you is the usual Rolf, your husband from now on. Not as far as you are concerned, but for others. You said yes to the priest while inside you thought no. That is lying. Now he has to swallow, with a silver spoon… ”.

“I was a special girl. I had a green coat with round buttons, we were walking along a green road, mother and I, to the house of other people who had small windows, were poor and immediately realized that it was an honor to receive my mother and me, because my Father was the most important man in town. He cured the whole world and had saved the lives of many”.

"So I enrolled in Germanistics. We broke up Goethe's poems according to the rules of meter. And that's when I realized that Goethe didn't have to study Germanistics to compose his poems. What had Goethe studied? So Law ... That's when Rolf enters the scene, he loves me and believes that a woman shouldn't dedicate herself to that, better something more feminine (...) I realized that I lack the little motor that everyone has inside, of that I lack something tiny that makes others extremely fast and diligent. Ambition?

"I was left half-baked inside. Rolf took the dough and kneaded it until it was very soft. He put it in the oven, it baked and, by the time I knew it, he was very serious about the wedding and the harsh reality of it. life".