Marc Cucurella has become an imperative for two giants of the Premier League and European football. 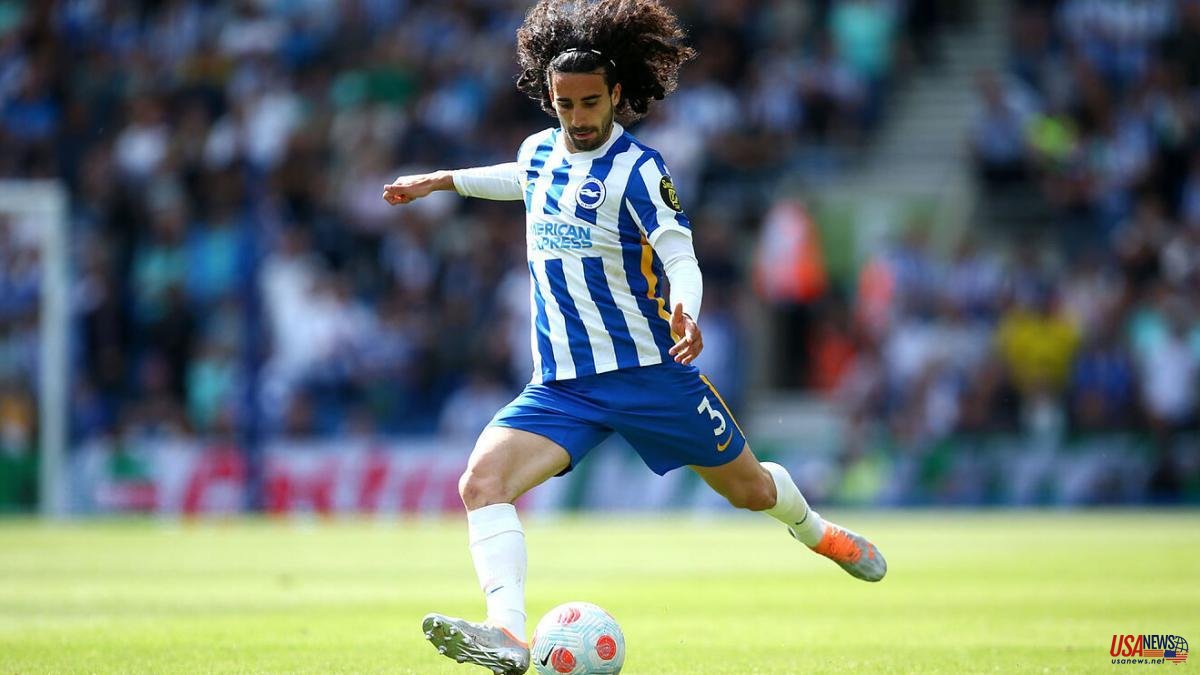 Marc Cucurella has become an imperative for two giants of the Premier League and European football. At this point in the transfer market, Pep Guardiola does not have any left back in his Manchester City squad. For its part, Chelsea could lose Marcos Alonso to the interest of Barça and Thomas Tuchel seems not to trust too much in his replacement, Ben Chilwell, who only played 541 minutes last season in the Premier League. The Catalan, who was uncovered this season as one of the best in his position, made the transfer request (transfer request) and on Wednesday his move to Chelsea was taken for granted. the brightons

Both Fabrizio Romano, a renowned journalist specializing in the transfer market, and many other media outlets announced the agreement between Brighton and Chelsea. According to published information, the transfer had been valued at 68 million euros, a figure that would make Cucurella the second most expensive Spanish footballer in history, only behind Kepa Arrizabalaga, who in 2018 cost the blues 80 million and He is on the exit ramp after several campaigns without entering the team's plans.

In addition, it was a long-term agreement, until June 2028, that is, for six seasons. According to Fabrizio Romano himself, the former Barça, Eibar and Getafe player would be in London this morning to undergo a medical examination and sign the contract. However, the club to which Cucurella still belongs came out on Wednesday around 10:00 p.m. to deny this alleged agreement with Chelsea through its Twitter account, with a brief message: "Contrary to what is reported by numerous media this afternoon, no agreement has been reached with any club to sell Marc Cucurella".

When the player submitted the transfer request at the end of last week, a request that simply serves for the player to publicly express his interest in leaving his club, but that does not force him to sell it, his fate seemed, clearly, the Manchester City. Guardiola does not have any pure left back. It is most likely that it will be Joao Cancelo, with a changed leg, who ends up occupying that position, a minor problem given the role of full-backs in the Catalan coach's football model and the Portuguese player's technical ability with both legs. However, in his absence, Nathan Aké or Aymeric Laporte would be in charge of playing there, two unconvincing options.

City's financial offer, according to Fabrizio Romano and other media, did not live up to Brighton's claims, which had as a starting point to start negotiating the 60 million euros. Then, the citizens decided to withdraw from the bid and Chelsea was left alone in a race that still does not seem to be over. If the signing was finally completed, more than 140 million would have been spent on the hiring of the Catalan side, Kalidou Koulibaly and Raheem Sterling. For its part, Brighton would have tripled the value of Cucurella in just one season, after having tied him for 18 million from Getafe. His current market value, according to Transfermarkt, is 28 million euros. However, the need puts the price in the world of football.