Brasilia: a lot of fat, a lot of spending

At Fogo de Chao, the emblematic steakhouse in Brasilia, the meat does not stop arriving at the table in a rodízio without limits. 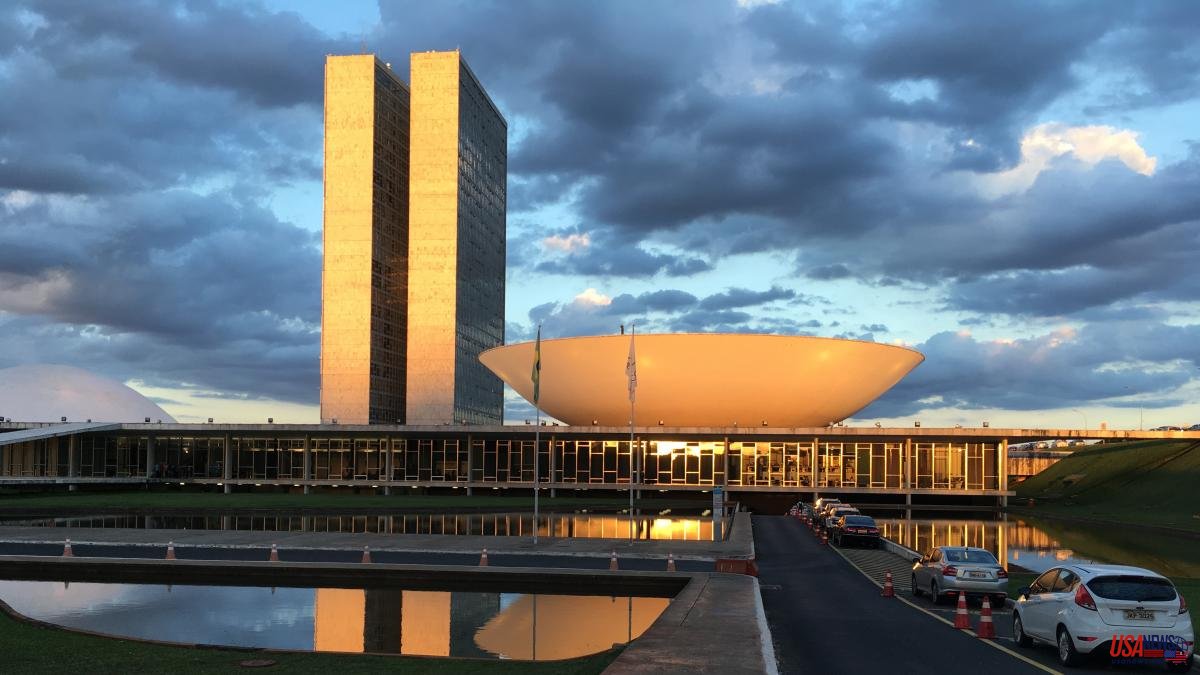 At Fogo de Chao, the emblematic steakhouse in Brasilia, the meat does not stop arriving at the table in a rodízio without limits. “ Premium costel! With or without fat?” asks the first waiter, already cutting the skewer. “Wide steak!” announces another. “Fraldina! ”. There is always the option of placing the red notice on the table: “I don't want to”. But everything tastes so good. Then there is the free buffet, with dozens of options of vegetables, smoked fish, hams, cheeses...

It's no wonder that Fogo de Chao, in the hotel sector of the futuristic old-fashioned Brazilian capital, is a favorite of many members of Congress.

Free budget buffet and a generous fiscal rodízio is what has been approved in recent weeks inside the spectacular white buildings of the architect Oscar Niemeyer that house the Senate and the House. A new budget law grants a license to spend without limits despite the constitutional spending ceiling approved in 2016, after the dismissal of the president of the Workers' Party (PT) Dilma Rousseff, accused of having hidden excessive budget spending.

To justify this latest expenditure of some 40,000 million reais –7,000 million euros–, President Jair Bolsonaro has declared a state of emergency, despite the fact that this situation – as bad as it may be – is not much worse than others in the difficult recent history of Brazil.

It is the latest attempt by Bolsonaro to turn around the electoral polls that place him more than 15 points below his rival, former PT president Lula da Silva. The plan includes an anti-poverty subsidy increased by 600 reais -115 euros- per month, which will reach 27 million poor families.

A gas voucher has also been approved to help pay skyrocketing energy bills, a subsidy for truckers – a very Bolsonarista group – to compensate for increases in the price of gasoline and diesel, as well as transportation subsidies for the elderly. 65 years old. In addition, billions of reais in transfers to municipalities and states have been hidden in the new legislation. Bolsonaro hopes to win votes like this. But Lula supports the spending package as well.

At a time of high public debt and almost uncontrolled inflation, everyone knows that electoral measures will take their toll. It is so obvious that the congressmen themselves have baptized the legislative package the Kamikaze Law. “It is a fiscal bomb that is going to explode with the next government,” warns Miriam Leitao, the sharp-witted analyst for the newspaper O Globo.

Although fiscal conservatives are outraged, no one would argue that there is no need in Brazil. While diners at Fogo de Chao enjoy rodízio, hunger spreads through the satellite towns around the capital and the rest of the country. Hunger already affects 7% of the population, more than 15 million people, and food insecurity affects one in three. The misery index is at record levels while the average real income of the poorest 20% has fallen to 23% in two years.

Through the Kamikaze law, Bolsonaro "has launched himself in search of the vote of the poor," says Marcelo Neri, who prepares social and economic indicators for the Getulio Vargas Foundation, in Rio de Janeiro. The president knows that the anti-poverty program adopted in 2020, at the start of the pandemic, had an immediate impact on the 67 million Brazilians who then received the 600 reais per family. When the program was implemented, in March 2020, poverty fell in six months, from 65 million to 42 million, the lowest level ever recorded in Brazil.

Bolsonaro's popularity, after being severely dented by the pandemic, rebounded significantly in the second half of 2020. But, when the aid was withdrawn in 2021, poverty rose again to 72 million, and Bolsonaro fell in the polls. . “Bolsonaro wants to repeat what he did in 2020; so we are going to see a fall in poverty during the months of the electoral campaign and then, when they withdraw the subsidy, poverty will rise again; it always happens in election years; but this time we have an electoral opportunism multiplied by ten”, says Neri.

There are not many indications, at the moment, that the search for votes from the poor through ephemeral subsidies is yielding electoral results for Bolsonaro. In the latest polls by the company Datafolha – quite reliable because it is from the Folha de São Paulo newspaper – Lula has a 17-point lead over Bolsonaro and, with 47% of the intention to vote, he is close to a possible victory in the first return next October 2. Although the former president does not win in the first round, his victory seems assured in the second, on October 30 (Lula has 55% of the intention to vote in a second round compared to 33% for Bolsonaro, according to Datafolha).

More than who is going to win, the conversations during the Fogo de Chao rodízios between politicians, judges and journalists focus on another question: Will Bolsonaro accept the result or will he follow the example of his admired Donald Trump by denouncing a non-existent fraud?