Borràs refuses to resign because he claims to be

The President of the Parlament, Laura Borràs, has appeared from the Parlament to publicly announce that she has no intention of resigning due to the legal case in question and for which she is one step away from sitting on the bench of the accused. 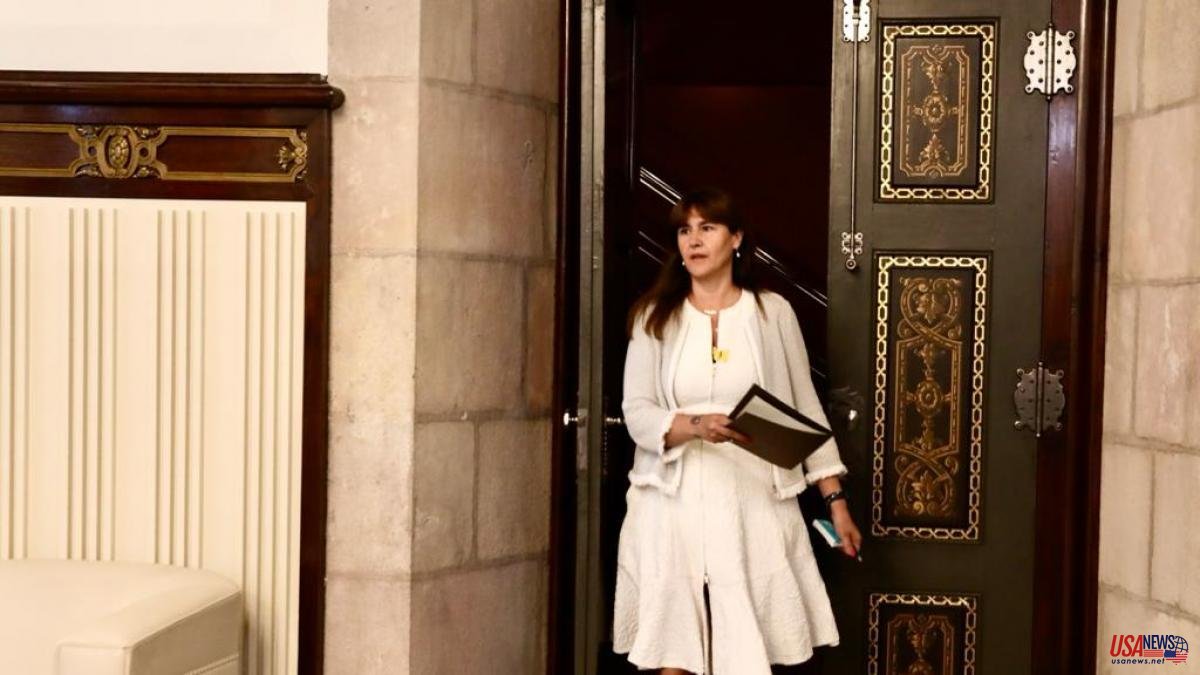 The President of the Parlament, Laura Borràs, has appeared from the Parlament to publicly announce that she has no intention of resigning due to the legal case in question and for which she is one step away from sitting on the bench of the accused. The leader does not feel questioned by the regulations of the Catalan Chamber that indicate that the deputies affected by alleged cases of corruption must be suspended from parliamentary rights and duties, and has attacked the groups that have been pointing to her, with more or less intensity , the exit door.

"I want to publicly express why I have no intention of stepping aside that those who want to remove me from public life ask me without dissimulation. The main reason is that I am innocent, against those who proclaim my guilt. I have not committed any crime", Borràs pointed out in an appearance that began an hour and a half late as a result of a particularly "long and intense" meeting of the Table.

Borràs wanted to expel in this way the pressure that the opposition was exerting these days, and even pro-independence formations, such as the ERC and the CUP, which have been lighting the way that, more or less clearly, points towards the resignation or the application of the Parliament's regulations, which would mean the suspension of her rights and duties as a deputy.

In this sense, Borràs has pointed out that article 25.4 cannot be applied to her because this article refers to the "commission of crimes", and she defends that she has not committed any crime.

Likewise, he has argued that the House regulations are full of "gaps, inaccuracies and repetitions" and that there have already been "interpretation problems" in this legislature. "I will not take the step to the side that those who want to separate me from political life demand and demand," he concluded after having proclaimed his "innocence".

Borràs has defended her performance as president of the Institució de les Lletres Catalanes (ILC) whose management is in question in the open court case that has investigated the 18 contracts that the leader apparently signed to benefit a friend. According to the president of the Parliament, "this case would not have gotten as far as it has if it weren't for who I am or the project I represent", after which she censured that they want to take advantage of "the authoritarian activity of justice to separate me politically, which is wants to judge me before being judged".

In this sense, Borràs has highlighted his determination not to resign and defend himself to the last consequences: "I am not going to give up despite the feeling that a prospective investigation with a wide range of procedural irregularities can hardly end well," he said. And all this despite the "judicial harassment" that he said he suffered, which "is evident for those who want to see it and not for those who give truth to civil guard reports," he stressed.