Bolsonarismo does not leave the street 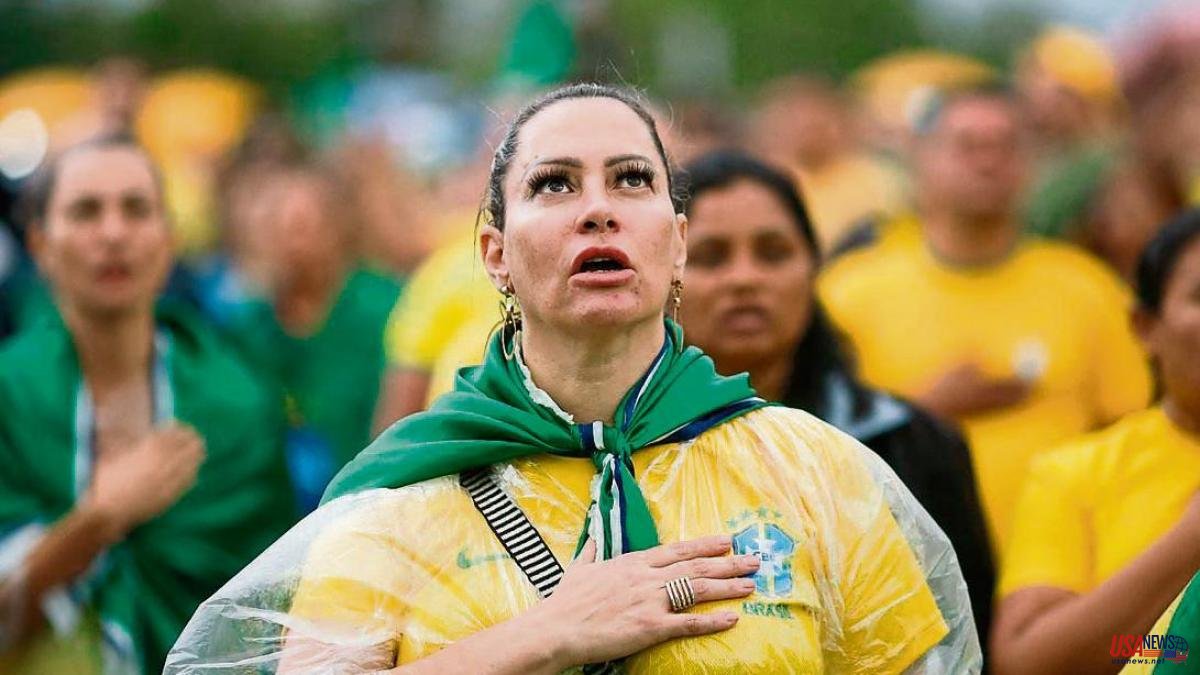 The Brazilian president-elect, Luiz Inácio Lula da Silva, intends to build bridges in a country split in two. “It is possible to return to the normality of coexistence,” he said, in Brasilia, in his first meeting with the press since the close victory on October 30 – 60 million votes to 58 – against the current president Jair Bolsonaro. "There is no time for revenge, nor rage," he added.

But reconciliation is conspicuous by its absence in many parts of the country, where Bolsonarism continues to be mobilized. although already in more symbolic acts than the roadblocks and the large demonstrations of last week.

A few examples: in Rio, on Tuesday, dozens of evangelical women called for a double intervention – from God and from the army – in front of a military barracks in Niterói, one of dozens of small gatherings in front of military installations. Others were less peaceful. In Santa Catarina, a group of Bolsonaristas attacked two federal police officers with steel bars. In Rio Grande do Sul, a boycott of small businesses that do not participate in the protests against Lula was announced in Bolsonaro networks. The proposal: hang a red star on the doors of their stores. In Recife, a blacklist of supposedly lulistas doctors circulated.

The most striking thing is that Bolsonaro is already mobilizing independently of Bolsonaro himself. The president, concerned about the legal repercussions of the coup that he himself promoted, has maintained an ambiguous silence since the two brief appearances last week.

Not even the death of Gal Costa, the great bossa nova interpreter and icon of the sweet counterculture of tropicalism, manages to return the country to the coexistence of the past.

After reacting favorably to the victory of the leader of the Workers' Party (PT), the financial markets joined the protests for a few hours last Thursday. The real plummeted 4% and the São Paulo stock market plummeted after a speech in which Lula defended increasing public spending to finance the anti-poverty subsidy of 600 reais (115 euros).

The budget draft, already under discussion, supposes exceeding the constitutional ceiling on public spending, which was praised in the markets when it was established after the impeachment of Dilma Rousseff in 2016. The truth is that, after Bolsonaro's electoral waste, the budget cap has already been blown up. Lula's economic transition team – two economists close to the PT and two liberals – intends to establish another framework of fiscal control. Tranquility was restored on Friday. "We have the scariest markets in the world," Lula ironized. The truth is that, for now, at least the lobbies on Avenida Faria Lima – where São Paulo's business and banking elite are located – feel more comfortable with Lula's broad front than with the delirious parallel reality of Bolsonarism.

Once in Brasilia, Lula got down to work. First, within his own broad front, whose ideological disparities became apparent when some centrist members, such as former banker Armínio Fraga, sided with the markets against Lula. Second, in Congress, where he needs to come to an agreement with the so-called great center, the centrão, a group of parties motivated more by clientele than by ideology.

The Lulista coalition, headed by the PT, has 139 of the 513 seats in the Chamber, compared to 197 for the Bolsonaro bloc. Hence the approach to the center block. In the Senate, where Bolsonarismo has even more power, the task will be more difficult.

The transition team, headed by centrist vice president-elect Geraldo Alckmin, already appears to have agreed to support the anti-poverty budget. Few are opposed, given the more than 30 million Brazilians who do not have enough to eat. Likewise, it is intended to raise the minimum wage – some 230 euros per month – above inflation and use public banks to alleviate the chronic indebtedness of 65 million families. The revocation of more than 400 measures decreed by Bolsonaro in the areas of the environment and weapons possession has also been advanced.

Aware of the danger of ignoring the lower middle classes, the majority of Bolsonaro voters, the president-elect intends to extend the income tax exemption for those who earn between 365 and 1,000 euros a month.

The cost of these measures can amount to about 4,000 million euros. Lula intends to recover part with taxes on profits, capital gains and dividends. But the centrão – dependent on corporate donations – is likely to oppose it. The president-elect even seeks support from the so-called evangelical "Bible bench" in Congress. After demonizing the president in the electoral campaign, the televangelist Edir Macedo, founder of the Universal Church of the Kingdom of God, asked that we "forgive" Lula.

An eclectic team has been chosen for the transition, necessary because - according to the newspaper Folha de São Paulo - "the president-elect's allies fear that the Bolsonaristas will try to make the inauguration unfeasible."

Lula has not yet appointed a finance minister. The PT wants Fernando Haddad, the party's presidential candidate in 2018, who just lost the government elections in São Paulo. Private banks prefer a liberal like the old president of the Central Bank, Henrique Meirelles.