Every story has a beginning and that of singer and guitarist Ben Harper dates back to the early eighties in the Californian city of Claremont, where his maternal grandparents ran a music store called the Folk Music Center and Museum. 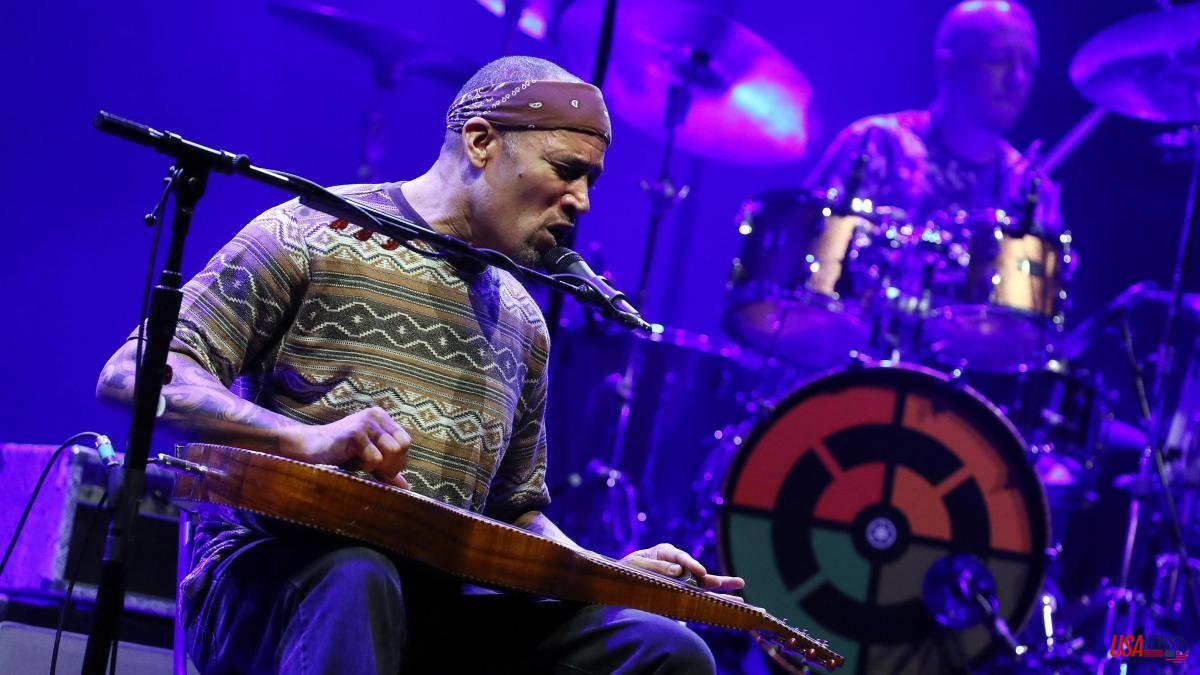 Every story has a beginning and that of singer and guitarist Ben Harper dates back to the early eighties in the Californian city of Claremont, where his maternal grandparents ran a music store called the Folk Music Center and Museum. He was then a young man fascinated by punk, skateboarding and African-American culture who did not hesitate to ask for the keys to close the family business and stay alone in that microcosm listening to records by Robert Johnson, Mississippi John Hurt and other legendary blues artists. "In the morning, when my grandfather opened, he would find me asleep at the counter hugging the guitar because I had spent the whole night trying to learn his songs," he told me a few years ago. “That experience marked me a lot and has made me who I am. That place was not only a good music school, but it also represented a way of discovering social activism and opening myself up to many ideals that emerged at that time.”

All those experiences with countercultural echoes encouraged him to embark on a musical career in the mid-1990s, taking both the almighty MTV and the gurus of the alternative scene by surprise thanks to his promiscuous mix of folk, blues, soul, funk and wild rock. The press did not take long to elevate him as a star and he had the ability to keep his hallmarks intact with albums as praised as Fight for your mind (1995), Burn to shine (1999) and his successful collaboration to the rhythm of gospel with the Blind Boys of Alabama in There will be a light (2004). "What remains the same is my devotion to slide guitar and what has changed is that I have had the opportunity to play with two members of the Beatles," he explained to me with a knowing smile. “Of course I miss certain things from that time, because nothing is as pure as in the beginning. Although you have to fight like a bloody Viking to keep your integrity in this business.”

In 2009, after winning two Grammy Awards and having sold millions of records, Ben Harper decided to turn his career around. He for the first time moved away from his backing band (the Innocent Criminals) and toured the world with another formation called Relentless7 with whom he recorded an old-fashioned rock album. He also immersed himself in electric blues on the album Get up (2013) with harmonica player Charlie Musselwhite, reflected on family roots on an acoustic album entitled Childhood Home (2014) that he recorded as a duet with his mother and stripped down on an instrumental album. entitled Winter is for lovers (2020), with which he recovered his passion for the guitar at a time of personal uncertainty and political chaos in the United States. “I would say that I am a spiritual person in a way that requires looking honestly in the mirror from time to time and giving to people without expecting anything in return,” he opened up in our conversation. “Finding places where the soul exists is also spirituality, whether it is in a song, in a skateboard trick or in the ocean.”

As if he were a tightrope walker, Ben Harper is back in the news with a new album entitled Bloodline maintenance in which he offers his particular mix of old soul, vindictive funk and nods to the blues that he discovered when he spent his nights locked up in the her grandparents. A connection with the roots that becomes evident in the theme of the songs, where there is room for the political dissertations that he heard as a child at home, the trail of slavery, the memory of one of the members of his recently deceased band and the influence of his father when observing the world around us. “My parents met in the mid-1960s and interracial marriages were still frowned upon in many parts of America at the time,” he told me in a serious voice. "Even California was segregated to some degree and homeowners didn't allow mixed couples to live together."

This record release will be accompanied by a long-awaited reunion tour with the Innocent Criminals that will stop at the Jardins de Pedralbes Festival in Barcelona on July 22, the Sons del Món de Roses Festival on July 23 and the Noches del Botánico festival in Madrid. on July 25. Three occasions to connect with the music of an artist who has never wanted to be pigeonholed and who has transcended star status to become a generational icon.